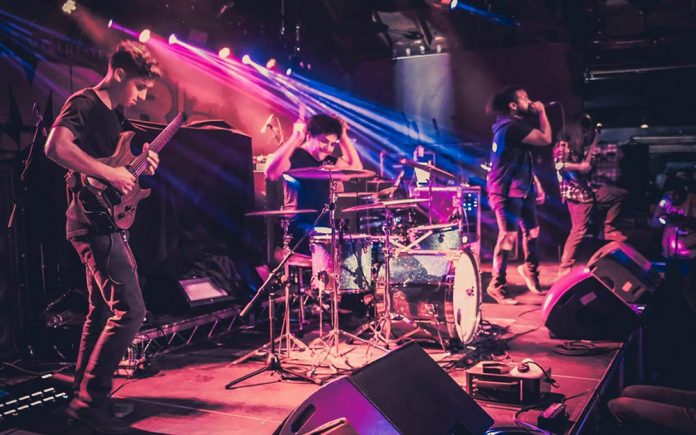 Going up against some significant contenders in the ‘Best Metal’ category like House of Broken Promises, Death in Pretty Wrapping, Robotic Humans, Ormus, Brain Vat, When Tides Turn, Instigator, In the Name of the Dead and Murkocet, the band was up against all the odds, but with their ascendancy over the last year and the success of their EP Grace Patterns, it makes sense that they are reaping the reward of ‘Best Metal’ artist for 2019. Garcia shared, “I feel grateful. We put a lot of work into doing what we do and it’s nice that people appreciate the end result.” It’s that kind of integrity that has earned HFTC a space at the Hard Rock/Heavy Metal table.

HFTC is conscious of the legacy of the desert Metal scene while making an effort to pursue new avenues for the genre. Garcia explained, “We’ve played with a few bands on that list before; we’re all friends. I can confidently say that each of our shows are an opportunity for us to express ourselves; to escape the monotony and stressors of day-to-day life. There’s no hierarchy, everyone is doing the same thing in different ways, and we’re huge advocates of that.” The self-esteem of the band is clear after seeing them perform live or watching a handcrafted video like the one for the song “Hopeless.”

HFTC pride themselves on having a DIY approach to everything they do. Whether it’s live sound, lighting, mixing, mastering, writing or artwork, most of the work is done by one of the band members. Their admirable 2018 EP Grace Patterns was no different and received a lot of online praise from music review sites like Circle Pit.

Garcia shared the brainwork behind Grace Patterns, “The album explores a theme of coming to terms with one’s shortcomings in the wake of realizing and being aware of the cost that comes with anything that is worth having on a personal level. Whether it’s chasing your ambition, personal growth, or trying to mitigate the grey areas of both your faults and your redeeming qualities, there’s no simple way to carving out your own self-image. It paints a picture of the moment you seek redemption, not the end result. There’s beauty in the ugliness of life, and there’s ugliness in its beauty.” The band does not shy away from intricate and emotional subject matter. The album is multifaceted and their most beautifully domineering work to date. 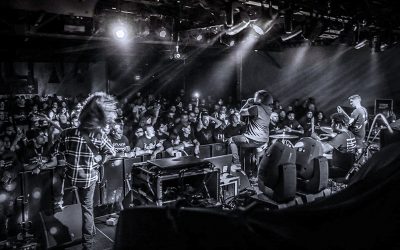 HFTC has continued to develop a working sound that parallels their musical disposition at the time. Garcia shared that the new music is no different. “Musically it’s much more dense. A lot has changed since our first release, and Grace Patterns was a reflection of that. We are using totally different instruments now, incorporating different genres together, and experiment with unorthodox ideas.” HFTC has actually uncomplicated their approach to the music. “So, the first album was written for 8 string guitars and 6 string bass. While this was incredibly fun and provided me endless range, it was pretty inconvenient at times. So I had set a goal for myself to write music with the same intensity, but with fewer options (strings). I wanted to be able to pick up any guitar and jam our songs, without the worry of having to take these complicated instruments everywhere,” Garcia explained.

As with all artists, HFTC will be evaluated by their most recent music. We asked the band if they plan to release the new music in 2020. “Absolutely, and maybe even before the end of this year. Keep up with us online and you’ll be the first to know.” Follow HFTC on their website or on social media to receive updates.