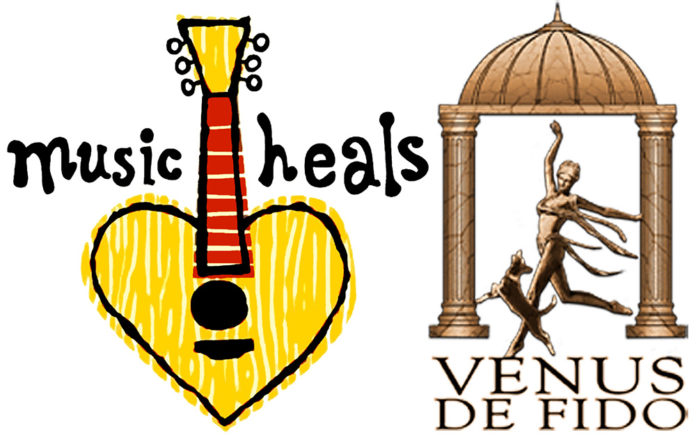 Music is a universally spoken language. It does not matter what culture, background, age or gender – all humans respond to music both mentally and physically. Whether it’s the lyrics that touch us, the instruments or the physiological response that moves us, everyone enjoys music.

It is generally believed that music has been used to help human beings deal with their emotions and bond with one another since the dawn of sound. Brain scans have been able to successfully prove that music naturally increases neurochemicals in the brain, including ‘feel good’ endorphins such as dopamine, resulting in its addition to many rehabilitation programs.

The Venue at Venus, believes in creating opportunities to seek balance in everyday life through physical, mental and emotional avenues, supported within the music field. Considered a form of self-applied therapy, community music programs are beneficial to all stages of life.

At Venus, there is a new focus on providing opportunity for self-administered Music therapy (MT). MT improves emotional functions and motor control in people from all walks of life including those who have been touched by Alzheimer’s, Parkinson’s disease, and Multiple Sclerosis.

Music has been shown to have a wide variety of health benefits, ranging from increasing one’s mood to reducing feelings of stress and isolation. Music therapy also helps to reduce depression, especially in the elderly and decrease the symptoms of psychological disorders such as schizophrenia. Positive health benefits also include improving one’s self-expression, personal development, learning, self-awareness, and communication abilities, especially for children or adults who have developmental issues such as autism. When instruments are being played, both auditory and tactile stimulation help to produce a state of mental relaxation, thus easing symptoms of depression and anxiety. As a result, music is now being used as an alternative natural form of therapy for a multitude of ailments.

The goal at Venus is to hold space for those who wish to understand and grasp their own emotional being through any type of music, whether through singing, creating or listening. Now you can match physical healing with mental and emotional healing through music and community at Venus.

It is suggested that an individual could apply musical therapy into their own life without a prescription or referral. Healthy individuals can also use music for stress reduction via active music making, such as drumming, as well as passive listening for relaxation. Music is often a vital support for physical exercise.

Wondering if creating a regular schedule musical relief is for right you? Visit Venus De Fido for one of our Community events and see for yourself how good it feels to surround yourself with the health and wellness modality of musical therapy.

Go Ahead, indulge in some musical therapy in December with Venue at Venus De Fido: