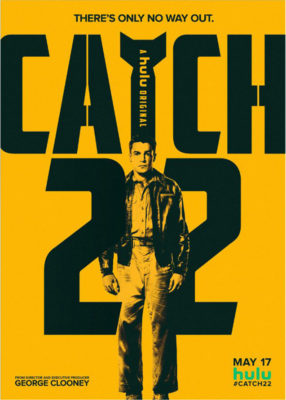 There have been three filmed iterations of Joseph Heller’s seminal 1961 antiwar masterwork.  Besides Mike Nichol’s 1970 feature, there was a failed 1973 CBS pilot that’s been widely seen online.

The new, gorgeous-looking six-episode version now streaming on Hulu nicely captures the essence of Heller’s book; especially it’s sense of time, place and scale.  The journeyman screenplay by Luke Davis and David Michod makes elaborations and inventions in the last half that are not necessarily improvements to Heller’s fundamental tale of Yossarian (Christopher Abbott), a US Air Force bombardier in World War II who is rightfully furious because thousands of people he has never met are trying to kill him.  But his real problem is his own army keeps increasing the missions he must fly to complete his service.

When Yossarian attempts to avoid his military assignments by claiming insanity, he discovers he’s in violation of “Catch-22”, a bureaucratic rule which specifies that a concern for one’s own safety in the face of dangers which are real and immediate is the process of a rational mind; a man is considered insane if he willingly continues to fly dangerous combat missions, but a request to be removed from duty is evidence of sanity and therefore makes him ineligible to be relieved from duty.

The novel not only gave us the catch phrase for ludicrous and logically contradictory undertakings that one can’t escape, but a vivid and prescient portrait of war’s insanity and the pathetic bluster that accompanies it.  Heller, who died in 1999, was a bombardier during WW II.  Norman Mailer, who also was a gifted writer of his war experiences, said of Heller: “…[he] carries his reader on a more consistent voyage through Hell than any American writer before him.” 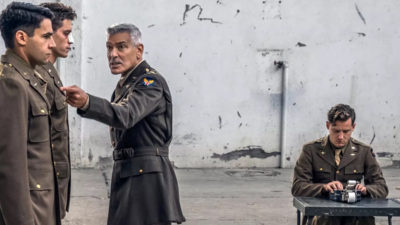 Years ago, when I was a film student in college, I was browsing my favorite hole-in-the-wall bookstore in Westwood when I literally stumbled across a man crouched in in a book-stuffed alcove apparently talking to himself.  When he stood up and stepped aside, I realized it was Joseph Heller dictating into a hand-held tape recorder.  I couldn’t help but hear that what he was saying was a full-blown and detailed narrative of a novel he was apparently working on.  So this was how he wrote his extraordinary prose!  He had to verbalize if first.

I discretely followed him out the store and down the street, during which he continued his recording.  He was so distracted  — almost in a trance-like state — I feared a car might hit him when he crossed the street.  I didn’t intervene and he survived to finish Something Happened, his “forgotten” 1974 novel.

I think Heller would like this latest film adaptation of his iconic novel.  It captures the essence and tone but on an appropriately epic scale.  Recommended. 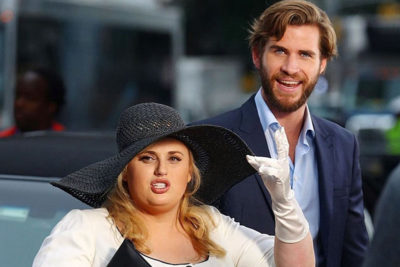 Todd Strauss-Schulson’s derivative riff on rom-coms is kind of funny but mostly forgettable.

Natalie (Rebel Wilson) is a New York City architect who works hard to get noticed at her job but is more likely to be asked to deliver coffee and bagels than to design the city’s next skyscraper.

And if things weren’t bad enough, Natalie, a lifelong cynic when it comes to love, has an encounter with a mugger that renders her unconscious, waking to discover that her life has suddenly become her worst nightmare — a romantic comedy!

It’s hard not to be reminded of the superior “SHALLOW HAL” (2001), the Farrelly brothers Jack Black magical realism comedy of similar proportions with an equally hart-warming life lesion.

This is not really a send-up of romantic comedies as much as it is a by-the-numbers clone.