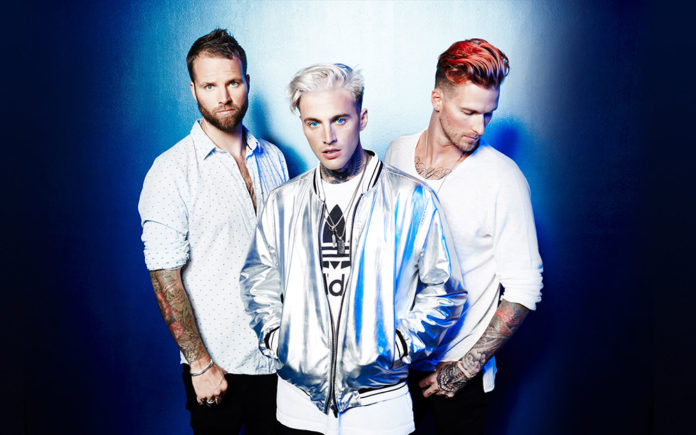 Hailing from Cape Cod and currently Los Angeles based, HIGHLY SUSPECT closed out Coachella Music and Arts Festival Weekend I on Saturday night to a flock of positive reviews by fans and new followers alike. Formed in 2009, Johnny Stevens (guitars/vocals), Rich Meyer (bass/vocals) and Ryan Meyer (drums/vocals) are ready for a repeat performance this coming Saturday at Coachella Weekend II under the Gobi Tent.

The 3X Grammy- nominated trio have gained a huge following with their smash hit, “Lydia,” the group released their debut record in 2015, which received critical acclaim and earned the rock band 2 GRAMMY nominations. The pressure was on for their sophomore release, and they delivered with the stunning The Boy Who Died Wolf – an album that featured stunning soundscapes and grungy hooks. The record debuted at #1 Alternative, #2 Rock and #15 overall on the Billboard charts, with the lead track, “My Name Is Human,” spending 9 weeks at #1 at Active Rock for 9 consecutive weeks and hit Top 20 at Alternative. They were also nominated for another GRAMMY for the lead single from the record, “My Name Is Human” and made TV performances on Seth Myers and Late Show with Stephen Colbert, as well as Conan. Their songs have racked up millions of streams and are multi-platinum. 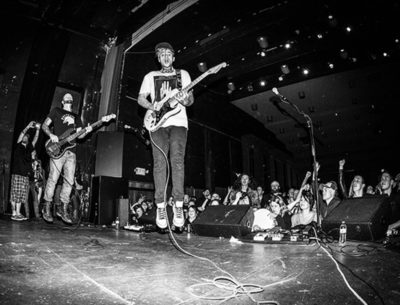 Highly Suspect is also not afraid to share their perspective on political and social issues through their music. Their live shows are consistently reviewed with the tag line, “Saviors of Rock and Roll” and “Rock is NOT Dead!”

To describe their sound is to convey an image of classic Blues progressions, crunchy guitars and aggressive drums. Their fans are hardcore. The band uses the acronym “MCID” in many of its images during live shows, which stands for, “My Crew Is Dope,” referring to their loyal fans.

Meyer: “I don’t really consider Highly Suspect to be what’s commonly known as a power trio.

Although the band consists of three core members, there are several other people and dynamics involved that separate us from the stereotype. A power trio usually prides itself on producing its signature sound with only three people and although that’s usually the case in our live situation, in the studio it’s a different story. We integrate synthesizers, backing guitars, 808s and drum samples. Our albums also feature some of our favorite artists like American Jazz singer-songwriter Sasha Dobson (Norah Jones) and guitarist/vocalist Tash Neal (The London Souls).”

CVW: You all provide vocals. How much emphasis do you place on harmonizing and/or arranging the different vocal parts?

Meyer: “We actually don’t put a lot of emphasis on making sure everybody sings. It’s true that technically we all sing on the albums, but the majority of our vocals are done by Johnny…alone…in a dark dingy basement.”

CVW: How familiar are you with “stoner rock” or “desert rock”? We have the likes of Kyuss, Queens of the Stone Age and Unida from this area. Can you share any knowledge you have of this genre or artists in the genre?

Meyer: “I haven’t heard of Unida before, suppose I’ll have to check them out. It’s true that we are absolutely desert rock fans and know it to be the Josh Homme genre. He has an incredibly unique and powerful writing style that puts him in a league of his own. Kudos to you Mr. Homme, you’re a living legend.”

CVW: What was your experience at Coachella Weekend I?

Meyer: “The traffic getting in the place is pretty heavy duty; however I really did enjoy the festival itself. The art installations alone made the whole thing worthwhile for me.

CVW: The societal and political climate is erratic right now. How ripe is it for a rock band like Highly Suspect to shine a light on those issues important to you? If things were more stable, do you think it would be more difficult to develop songs or do you have enough inner turmoil as subject matter?

Meyer: “Political turmoil is a great opportunity for any artist looking to make a social impact and be a leader in this day and age; however I don’t see it as a necessity for anyone who just wants to be successful, given what’s popular on the radio.”