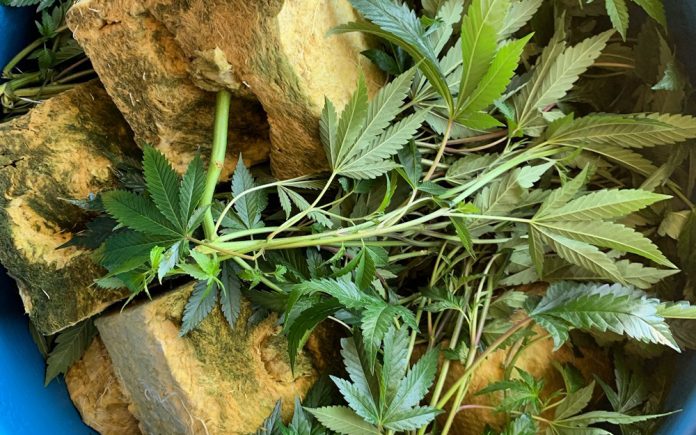 The Christmas tree is decorated, stockings are hung by the fireplace, mistletoe is dangling from the kitchen doorway waiting for a lucky winner, cookies are baked, and the eggnog is favored with 9-delta-tetrahydrocannabinol (THC) with a sprig of cinnamon. Creative juices are stoked. How do I wrap a marijuana gift?

Do I wrap a picture with cash and say which dispensary to go to? Dispensaries do not give out gift cards. How about one bottle of infused beer? Which is better, dark chocolate or milk chocolate with THC? A topical is more universal plus, it is easy to wrap. Or I can forget about wrapping and pay for a mail-order of fancy soap bombs, gummies, or flower. I can add in the instructions: “Do not open till Christmas.” I will try several of these ideas. Which will you try?

If only the federal government would give America a gift and pass the M.O.R.E. Act that allows legal banking for marijuana, research access to quality marijuana products, and the prescribing of marijuana for PTSD by the veteran’s administration. Currently, state sales taxes are paid with multiple boxes of cash. Research uses the oregano-like substance cultivated and manufactured by the government at the University of Mississippi. And veterans are forced to opt-out of the Veteran’s Health Administration to buy medical marijuana for effective treatment.

The current plethora of pharmaceuticals has not arrested PTSD and the suicide rate for over twenty years. (Veterans 30/100,00 versus 17/100,000 in the general population). With post COVID rates and vaccination restrictions, the military is dying literally and figuratively. Instead, the House tacks amendments onto the military appropriations bill hoping the Senate will do the same. Promises made, promises unkept.

Another federal debacle is the Drug Enforcement Administration (DEA), and the U.S. Department of Health and Human Services (HHS) locking horns over who is responsible for conducting an independent, peer-reviewed study on the medical potential of marijuana. The

Competitive Enterprise Institute (CEI) sent a letter to a division of the White House Office of Management and Budget (OMB) on December 1, 2021, asking that it settle a years-long dispute over an alleged violation of the Information Quality Act (IQA) regarding cannabis.

CEI has been pushing both agencies to facilitate a peer review of the scientific evidence that’s been used to deny petitions to reschedule marijuana. Federal law mandates such a review, but both agencies have deferred responsibility to one another. What is ironic is the Government has patents on cannabis CBD paid for with your tax dollars. Write to President Biden to fix this.

A bipartisan duo of congressional lawmakers filed a bill on December 2nd that would incentivize states and local governments to expunge cannabis records in their jurisdictions. Reps. Dave Joyce (R-OH) and Alexandria Ocasio-Cortez (D-NY) are sponsoring the legislation, titled the Harnessing Opportunities by Pursuing Expungement (HOPE) Act.

It would encourage states to provide relief to people with non-violent marijuana convictions through federal grants—the State Expungement Opportunity Grant Program, run through the Department of Justice—that would help cover the administrative costs of identifying and clearing eligible cases. The negative reactions to “no bail” and “no prosecutions” for repeat criminals looting our stores during the holidays will relegate this bill to the dust bin of good intentions. The states do not need federal grants to expunge nonviolent cannabis possession.

On another note study data to be published in the print edition of The International Journal of Drug Policy shows that the legalization of marijuana is associated with improvements in police clearance rates for multiple types of violent crimes.

Researchers affiliated with the University of Utah assessed trends in crime clearance rates in Oregon versus control states in the years prior to and immediately following the enactment of adult-use legalization. Their finding largely aligns with the argument made by the proponents of marijuana legalization that legalization would improve police effectiveness in addressing serious crimes, and as a result would increase clearance rates and generate a crime deterrence effect.