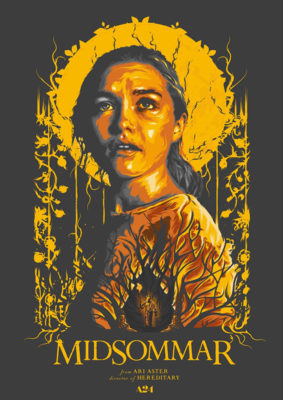 Ari Aster’s (“Hereditary”) latest film is about a young American couple (a terrific Florence Pugh and Jack Reynor) in disintegrating relationships who take a holiday trip to a legendary Swedish midsummer festival in a picture post-card paradise that quickly becomes a nightmare when the locals not only reveal, but also perform their bloody cultic rituals.

After the private screening I attended, there was a heated discussion about the film from the attendees.   One viewer who liked Aster’s “Hereditary” was not nearly as enamored with his latest feature, calling it tedious and pretentious.

None of the attendees was able to offer a convincing argument regarding the film’s deeper meaning – if indeed it had one.  One viewer considered the film provocative, brilliant and cathartic especially in the way it dealt with how religions derive their dogma. 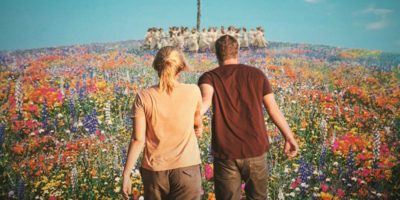 In some ways, the film might be considered a revenge tale against a boyfriend who is detached emotionally after she suffers a horrible family tragedy. Florence Pugh is a stand out as the recovering young woman who tags along with her boyfriend and his friends to the ancient Swedish folk event.

I am interested in your reaction to this film.  Please do not hesitated to share your opinions.  I like hearing from readers and fellow film buffs. 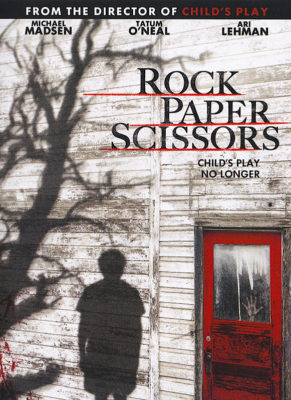 Released from a mental hospital, Peter (Luke Macfarlane) is haunted by memories of childhood abuse and murder victims while being menaced by the cop (Madsen) who put jim away.  His only friend is pretty nighbor Monica who says she wants to interview him for a book.  But does she have a much more siister motive in mind?  This competent but derivative thriller is intermittently chilling.  Lionsgate. 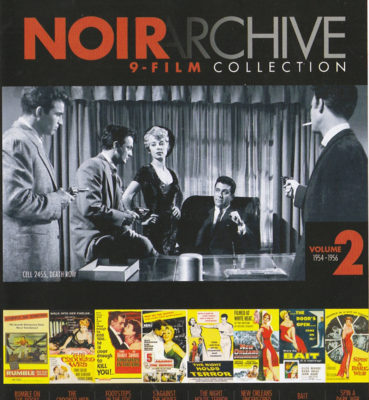 This is the follow-up to MVD’s “Noir Collection Vol. 1.”