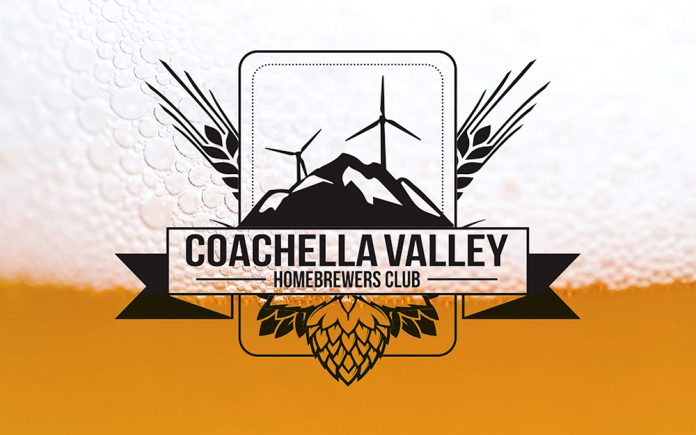 When I was eight years old, I wanted to make a club for kids who specifically loved Masters of the Universe lunch boxes, Weird Al’s second album, Biff from Back to the Future, and Samantha Fox’s denim jacket. To the shock of no one but myself, not a single kid in the third grade (or the entire island of Kauai for that matter) was interested in membership to my club, which was kinda niche when I think back on it. Meetings were short, seeing as how I was the only member, and I promptly gave up on my dreams. It would be two and a half decades before I ever was a part of a club again, one just as niche and just as cool. I joined the Coachella Valley Homebrew Club in 2012, and my life hasn’t been the same since.

Schmidy’s Tavern was a pub in the heart of Palm Desert, and was where the club hosted meetings when I first joined. Brewing stations would be set up out front on the patio, several propane burners all firing at once as multiple kettles of beer boiled, the members having their monthly brew day. The club hosted food and beer pairings at Schmidy’s Tavern, had a presence at the rare craft beer events held around the Coachella Valley, and even paired with the Palm Springs Annual Props and Hops festival to hold amateur homebrewer competitions. The Coachella Valley Homebrew Club would grow and shrink as the curious and casual came and went, but the club always managed to attract individuals who were passionate about learning to brew. It’s the passion of those members that helped to grow and shape the Coachella Valley’s craft beer scene into what it is today.

The Coachella Valley Homebrew Club has had many members go on to have careers in the craft beer industry. While this is by no means a comprehensive list, here are former and current homebrewers who have gone on to influence the local craft beer scene, and where they are now.

Brent Schmidman: The former owner of the aforementioned Schmidy’s Tavern was a member of the club from 2004 to 2009, hosting meetings, brew days, and beer pairings at his establishment. It should be noted that Schmidy’s Tavern was considered by many to have the best selection of craft beer in the valley during this time, and was the destination for many who craved a pint of something new and adventurous. Shmidman was no slouch when it came to brewing his own beer, winning many accolades for his creations, including four awards for one beer alone. After selling his pub, Shmidman held positions as the Director of Sales for Coachella Valley Brewing Company, VP of sales for Absolution Brewing, and was key in Erik DeBellis’s eventual move to Absolution. He’s now working on a distribution solution business for the brewing industry.

Chris Anderson: When Chris joined the homebrew club in 2007, he and founder Micah Stark sought to build the club into something recognizable, with a presence large enough to attract new people curious about brewing. Teaming with Brent Schmidman was integral to that growth, building the club to have nearly 80 active, paying members at its peak. I was one of the new members attracted during this time; Chris was the president of the club when I joined, and his inviting correspondence made the idea of attending less intimidating. A highly decorated homebrewer with over 400 medals in competition, Chris was the most experienced brewer of the group, eventually founding the Coachella Valley Brewing Company, and winning medals at GABF, California State Fair, LA International, and SD International for his work there. Chris has since opened other breweries, and now owns and operates Anderson Brewing Consultation, providing valuable insight to new and struggling brewers.

Brett Newton: Brett Newton was involved with the club from 2011 to 2017, holding positions as president and vice-president and was a presence at all of the meetings during my time of involvement. Choosing to rarely enter competitions, he medaled gold when he did, winning big in 2014 for a wood-aged barleywine he created as tribute to his English grandfather. Brett holds the distinction of being the Coachella Valley’s only known certified cicerone, and has been involved with the Coachella Valley Brewing Company since its inception. He writes, Caesar Cervisia, a monthly column for CV Independent that offers education and insight into the history and culture of craft beer.

Aaron Ramson: Hi, that’s me. My involvement with the club was from 2012 to 2015, never holding any positions, but winning 7 silver and bronze medals in various style competitions. Attending club meetings and events was vital to my befriending fellow homebrewers who influenced my decision to enter the brewing industry. In 2015 I became the assistant brewer at Babe’s Brewhouse, taking over for the exiting Erik DeBellis, who would eventually become head brewer at Absolution Brewing Company. 2 ½ years of brewing for Babe’s gave me the confidence to take a lead role, and when the then-new Brewcaipa Brewery was looking for a head brewer, Chris Anderson referred me to the position. I’ve been writing a craft beer column for CV Weekly since January 2018, with this issue marking my 118th contribution.

Erik DeBellis: Erik also joined the homebrew club in 2012, quickly amassing dozens of medals in style competitions. Well known for his ability to brew small batches of outstanding IPAs, he quickly turned pro, taking a job at CVB in 2013 before becoming Babe’s assistant brewer in 2014. A stint highlighted by helping Babe’s to win best California brewery in 2015, Debellis would relocate to the Los Angeles area to further his career. He currently resides as head brewer at the Absolution Brewing Company, helping them to rebrand and relaunch their product line.

Juan Higaroa: A member of the club from 2014 to 2017, even holding the title as club president for a turn. Like DeBellis, Juan made a name for himself quickly, medaling over stiff competition at Hanger 24’s 2016 homebrew contest, and showing remarkable brewing skill. He began work as the assistant brewer for Coachella Valley Brewing Company, and a short year later was promoted to head brewer. 2019 saw a big shuffle in the desert’s craft beer community, as breweries traded brewers like it was the NBA draft, and Juan found a new home creating beer for Babe’s Brewhouse.

Dario Guerra: A member of the homebrew club from 2011-2014, Dario utilized his time in the Coachella valley club to learn the finer points of brewing from then president Chris Anderson, before leaving to cofound the Mojave Desert Homebrewers Guild. Dario earned close to a dozen awards in various competitions, showing his versatility as he medaled in various style categories. He recently cofounded the Joshua Tree Brewery, which makes a point not to utilize bulky glass or disposable products in its operation. Dario continues to foster a sense of community for craft beer lovers in the high desert and Joshua Tree areas.

Joshua Kunkle: The longest running active member, Josh’s enthusiasm and immediate involvement kept the club running even when times were lean. He joined the club during its 2013 boom, winning best of show in that year’s Prop’s and Hop’s competition, and winning another best of show in 2017 at the Rhythm and Brews competition for his original recipes. Competitions and friendly rivalries are common amongst regional clubs; Kunkle represented his team well in winning a bronze medal between a showdown with Inland Empire regional clubs. Kunkle has been the longest running president of the Coachella Valley Homebrew Club, collaborating several times with valley breweries in coming up with special and limited releases.

There are many who choose to join a homebrew club to make friends, have fun, learn a new skill, and have no desire to make it into a career. One of the best home brewers I’ve ever met is a pharmacist (here’s looking at you, Jose Lopez), his passion for brewing cannot be denied once you’ve tried the beer that he creates in his garage. If you have any interest in brewing for fun, the club is there for that reason. They can be contacted at https://www.facebook.com/coachellavalleyhomebrewclub for more info on brewing, activities, and membership.