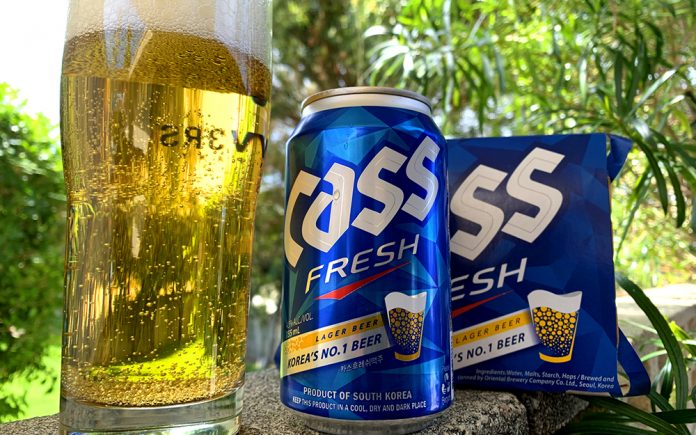 The absolute worst thing about quarantine is not being able to escape the extra-magnetic pull-of-boredom your phone and refrigerator begin to possess. You find yourself compulsively checking your social media almost as often as you check the pantry for new and exotic foods that may have magically appeared while you were binge watching Tiger King for the third time. It’s the twelfth day of the great shelter-in-place movement of 2020, and the odds of contracting cabin fever seemed inevitable. Luckily for me, I’d run out of milk, bread and beer, and a monotony-breaking trip to the grocery store was in order.

I’d also run out of toilet paper, but winning the lottery seemed more likely than actually finding TP at this point in the pandemic. Panic shoppers were hoarding the Angel Soft, and toilet paper suddenly became a valued commodity. If Charmin overtakes the dollar as our national currency, I can’t wait to tell my grandkids that this was the year it happened.

My chanced trip to the .99 Cent Only Store was a total success for no other reason than that there was new beer on the shelves, Korea’s #1 selling beer to be in fact. I still don’t know what the hell a Cass Fresh is, but this beer is named for it. Decked out in a snazzy blue box, a 6-pack of the 4.5% pale lager sold for $4.99. While that price seemed kind of high for a no-name beer from a discount bargain store, I’ve noted a specific lack of promotional-priced beer around town since this whole quarantine thing started. In short, people are stuck at home and drinking more, and the demand for beer has gone up. When beer you’ve actually heard of is no longer on-sale, that $4.99 stuff from the dollar store doesn’t sound so bad after all. Luckily for our unemployed wallets, the .99 Cent Only Store has an assortment of beer that’s awful on your palate but easy on the bottom line.

I brought my 6-pack of Cass Fresh home and promptly refrigerated it. 99 Cent Only Store beer must always be rated in dumpster fires, and today’s haul was no exception. I fired up my laptop and readied my favorite pint glass, because Cass Fresh was ready for review.

Cass Fresh is 1 of over 500 global brands currently owned by AB InBev, although its direct parent company is the Oriental Brewery, Korea’s largest beer conglomerate. Smartly marketed as the beer favored by Korea’s youth, Cass Fresh has the distinction of being endorsed by celebrity chef Gordon Ramsay, who described the beer as “not pretentious”, “easy”, and “fresh”. It should be known that Ramsay was later accused of having shit taste in beer.

Cass Fresh poured straw-gold with an effervescent head of foam that dissipated rather quickly. There was absolutely nothing noteworthy about the nose of this beer, it smelled exactly like every other cheaply made adjunct beer. So far, it was nailing the whole mass-market American lager thing.

The first sip of this beer revealed little about the taste, a second sip yielded even less. Apparently, I was only paying for the packaging of this product because it didn’t come with any flavor. In a desperate attempt to prove to myself that I wasn’t in a quarantine-induced psychosis and just hallucinating a beer, I drank the entire 6-pack, madly trying to taste something all the while. By the time I’d gotten to the last can, it had warmed a little, and I was finally able to taste the metallic twang and vegetal notes that come with all cheaply made lager. A medium-thin mouthfeel and high carbonation gives Cass Fresh the classic American lager feel. There was an odd, starchy quality to this beer that I recall tasting in Sapporo Premium as well. I’m not sure what it’s a product of, but it’s definitely there, and only off-putting for the first couple of sips before you accept the fact that this is what you get for buying your beer from a .99 Cent store.

Cass Fresh tastes like a cheap PBR clone, and that is the best descriptor I can give for this beer. Bland but not offensive, forgettable but not upsetting, cheaply made but not poorly done, you could do a hell of a lot worse than choosing this tepid, if not competent import. On a scale of 1 to 5, Cass Fresh gets 1 socially distanced dumpster fire.