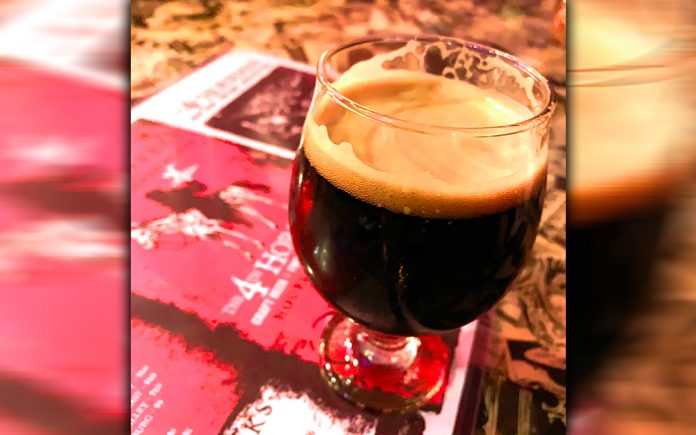 So, I’m meandering around Facebook, and I see an article about how people are mad because Santa Clause is STILL a cisgendered, white male, and it’s almost 2020. We live in such an amazing era, that we have to create problems for ourselves because there’s just no actual conflict in our daily lives, and I get it. We are mere weeks away from a new year, and with 2020 right around the corner, it’s safe to say that we live in a time that is as extraordinary as it is confusing. Music, film and art have become undeniably self-aware and many times even self-referential, and the art of craft beer is no exception. The trope of the bearded, bespectacled, bespoke hipster being the face of craft beer is so passé these days. If Instagram is any indicator of what today’s craft beer fans are like, then the current face of craft seems to be a semi-nude woman who’s pretending that the tall-can of beer she’s holding is what people are focusing on, and not the four square inches of fabric that are stretched to cover the bits of her that might violate community guidelines. And the tall can of beer she’s posing with is always a hazy IPA, a fruit smoothie sour, or a pastry stout, because those hype-styles seem to be the only kinds of styles that Instagram beer models drink. 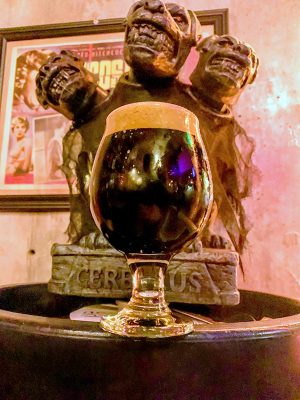 Call me a contrarian, but the more hype a trendy style receives, the more intrinsic hate I feel for that style, and any beer that needs to be back-sweetened with sugar before being canned or kegged is the worst kind of offender. Listen Aubrey or Taylor; Skylar, Teagan, whatever your name is, I’m sorry you’re 28 and you still have a baby palate. Brussels sprouts are yucky, and so are West Coast IPAs, am I right? I get it. Two years ago you were drinking Chocolate Cake or Buttery Nipple shots exclusively, but ever since you started dating the guy (Brad, Todd, Chad, whatever his name was) who introduced you to hazy IPAs, you just loooooove beer as long as it doesn’t actually taste like beer. But since most trendy beer styles now just taste like candy with a hint of booze, you’re in good territory, Kayleigh (I just imagine that all hazebois and hazegurls have obnoxious names).

Ol’ Brewtality himself went out last Friday night, and he ordered a stout that was beyond delicious. It tasted like toasted coconuts, like all of them. They put all the coconuts in this beer. It tasted like rich, decadent hot chocolate with booze in it! I actually ordered a second tulip glass of the stuff, a beer from San Pedro, California’s Brouwerj West, called Dead Water. I enjoyed this beer so much that I actually logged into Untapped (like Yelp for beer, mostly populated by the same kinds of wet-noodle brained ninnies who love to Yelp) from my phone to check it in, and it was then that I saw the awful truth. 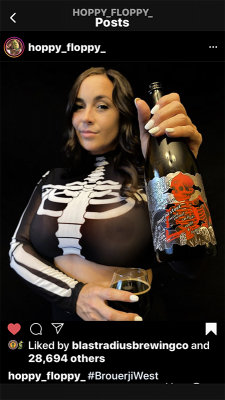 My friends didn’t understand why I just kept gazing off into the distance the rest of the night, an upset and perplexed look on my face as I tried to make sense of the things in life that I couldn’t understand. I lay in bed that night, staring at my ceiling fan as I questioned my entire existence. I didn’t know who I was anymore, if all of my life’s work still meant anything. Just to torture myself, I went to Brouwerj West’s website, and read their product description for Dead Water. When I learned that there’s actual brownie batter in this beer, 100 lbs. of it to be precise, I took the hottest shower that I could bear. I barely felt the scalding water reddening my back as I lay there in the fetal position with a thousand-yard stare on my face.

It’s been four days since I had those pints of pure deliciousness, and I’m still trying to find myself. I went on a couple of long nature hikes, those helped. I took up needle point, that didn’t really help. I drank an assortment of Reinheitsgebot approved beers, but those only just served to remind me that German lagers would be better with vanilla, cacao nibs and lactose in them. My friends, I’m lost. Please send me bottles of Dead Water, I feel this kind of drastic exposure therapy might be the only thing that helps.