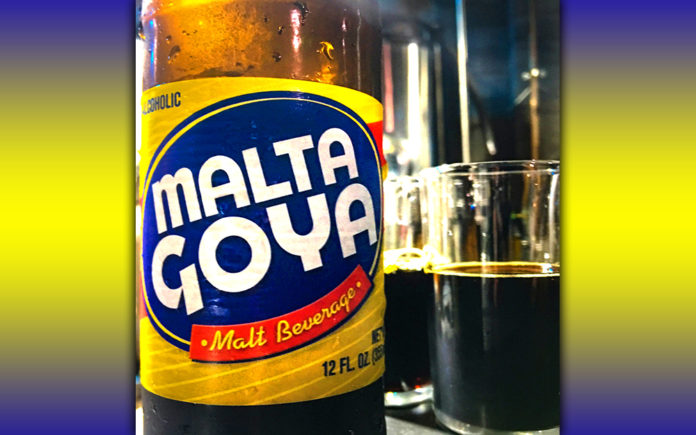 Much the way no one can truly predict what videos or memes go internet viral, no one can truly figure out why certain countries, states or regions end up falling in love with foods that the rest of civilization deems trash. Take Hawaii and Spam for example (I grew up in Hawaii and developed a love for Filipino, Puerto Rican, and other ethnic foods popular in the islands, but I hate Spam and It will always be garbage food to me). Brought to the Islands as a GI ration during WWII, natives were given the stuff and they fell in love with it for some godawful reason. Not too dissimilar is the love that Latin America has for Malta, and while I happen to be a fan of the drink, no one else I know is.

Beer’s been around for as long as written language has (in fact, one of the first things the ancient Sumerians ever wrote down was a recipe for beer), but it was the Germans and Bavarians of the 16th century that really refined beer making into a stringent science. The beer purity law of 1516 (credited to the Germans but actually created by the Bavarians and adopted by Germany) allowed only barley, hops, and water as ingredients in beer, so brewers created variety by both roasting malts to different degrees (thereby adding a range of roasted characters when added to beer) and creating beers of varying strengths. Low alcohol beer was created by interrupting the fermentation process early on, leaving behind a sweet and confection-like beverage that was high in B vitamins and amino-acids. Considered a nourishing drink for children and nursing mothers, this new and un-intoxicating type of beer was called Malzbier, which literally jut means “malt beer” (which is a completely redundant a name as they could have come up with). Nicknames for this uber-vitamin drink include Kinderbier, which translates to “children’s beer” and, most appropriately, Malztrunk, which simply means “malt beverage”. 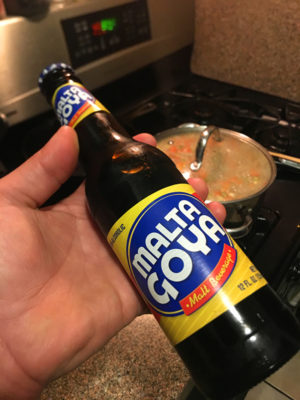 Although evidence suggests malta had been consumed for centuries, it was Danish brewery Abani that claimed to first to create the beverage in 1859. While that claim is dubious and a total weird flex, they indeed may have been the first to commercially package and sell the product instead of just brew and sell it from a taproom. With the bottling of malta, the near-beer beverage could be marketed and distributed to a wider audience, growing its popularity in Scandinavia and eastern Europe. Malta really hit its boom when it was introduced to African and Latin American countries during the early-to-mid 1900’s, and boy, let me tell you how. The Caribbean proved an especially lucrative market for malta, with Puerto Rico launching the Malta India brand in 1939, which remains the most popular brand in the country. The Maltex brand was first produced in Nigeria in 1967, and by the end of the decade, malta products were reformulated to be cheaper and more cost efficient to make. What was for years a drink created in the exact same way that beer was, became a concoction of malt extract, hop oil, corn sugar, caramel color, and phosphoric acid. This cheaper and easier to produce malta tasted very similar to the traditional recipe, and helped its popularity continue to grow.

Everywhere except North America that is. From what I’ve learned, you couldn’t pay my friends enough to enjoy malta.

I coerced/bullied a handful of my coworkers into drinking Goya Malta, a brand that claims south American heritage but was founded in New York. Of the four who braved glasses of the drink, only one admittedly enjoyed the flavor, calling molasses flavored, very sweet and slightly fruity. Another coworker described the taste as “caramel covered prunes,” and yet another declared it “tastes like this natural cough syrup I gave my son and it made him barf.” A poll taken on social media did not turn up any more fans of the stuff. Of the reviews left by malta detractors, the flavor was described as “gross,” “pure nastiness,” “gross” once again, and “foul nastiness.” One former malta victim stated’ “I thought it would taste like Whopper candies. It did not.”

I still haven’t been able to put my finger on why malta is so beloved in other countries yet reviled in the US. Much like Spam Hawaii and Vegemite in Australia, it could just be there are certain food and beverages that endure through hard times long enough to become a staple, consumed throughout childhood and celebrated as a part of culture. Though malta has become little more than a barley-based soda, it has its roots firmly planted in the art of beer making, and any experienced homebrewer can make a stovetop version that reflects its original flavor.

If you’ve never tried it, Goya Malta is the most widely distributed brand and can be found in the international foods isle of most grocery stores.