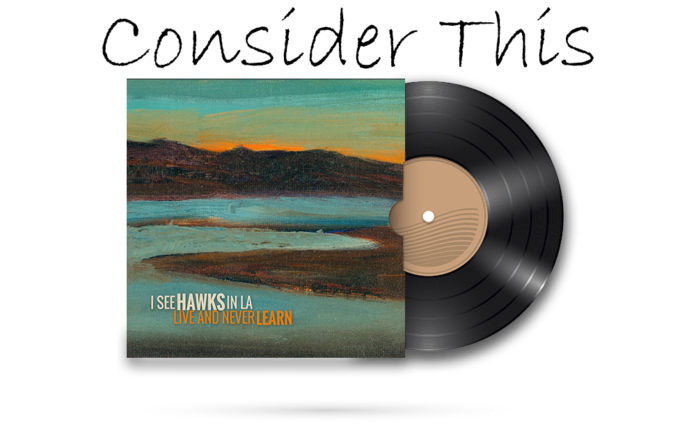 The giant shadow of Gram Parsons looms large for any band that feels compelled to add some Country-Western twang to their rebellious Rock N’ Roll. The Waycross Georgia native arrived in Los Angeles in the mid-‘60s and made it clear he loved George Jones and the Rolling Stones in equal measure. He made his mark, first fronting the International Submarine Band, then briefly in the Byrds, before forming the Flying Burrito Brothers with ex-Byrd Chris Hillman. In 1972 he went solo, discovering and enlisting the angelic voice of his musical soulmate, Emmylou Harris. He packed a lot of living into his 27 years before he tragically (permanently) checked out of the Joshua Tree Inn following a lethal cocktail of drugs and alcohol.

Along with Mike Nesmith of the Monkees and erstwhile Teen idol/TV star Rick Nelson, Gram Parsons made it safe for Rockers to nurture their inner Cowpoke, thus, ushering in the diluted (and more commercially viable) Country-Rock stylings of America, Eagles, Poco, and Firefall in the ‘70s. His legacy seemed more at home in the Punk-ified attitude of Rank & File, The Rave-Up’s and Jason & The Scorchers in the ‘80s and the Jayhawks and Uncle Tupelo in the early ‘90s.

I See Hawks In L.A. is clearly inspired by Gram Parsons’ musical innovation. Rob Waller, Paul Lacques and Anthony Lacques formed the band in 1999. They quickly made a name for themselves, paying their musical dues in clubs, bars and Honky Tonks throughout California. Their self-titled debut arrived on September 11, 2001 and featured the legendary talents of fiddle player Brantley Kearns, (Dwight Yoakam, Dave Alvin). The record established the band’s signature sound, three part harmonies and clever, socially conscious lyrics cloaked in twangy instrumentation.

Their debut landed on the Alternative Country chart and their ranks grew with the addition of bass player Paul Marshall and drummer Shawn Nourse; even though Anthony Lacques amicably parted company with the band in 2002, that didn’t seem to slow them down. They released new music at a steady clip. Six more albums arrived in succession between 2005 and 2013; Grapevine, California Country, Hallowed Ground, Shoulda Been Gold, New Kind Of Lonely and Mystery Drug. In between the last two records, Shawn Nourse left and Victoria Jacobs replaced him behind the kit.

Through the years they have toured Europe and opened for Tony Gilkyson, Lucinda Williams, and ex-Byrd/Flying Burrito brother Chris Hillman. Mainstays on the alt.country scene they’ve played the Echo in L.A. and Pappy & Harriet’s in the high desert, as well as prestigious sets at Gram-Fest in Joshua Tree, the Seattle Hemp Fest and South By Southwest in Austin, Texas.

In the last five years band members have suffered personal hardships that have kept them off the road and out of the recording studio, but they persevered. Now they return with their eighth long-player, Live And Never Learn. The opening three tracks are a testament to the band’s versatility. “Ballad For the Trees” is a gentle benediction accented by swoony pedal steel, ringing guitar riffs and a loping rhythm. Erudite lyrics unpack a surfeit of ecological woes, offset by philosophical questions like “Have we stripped ourselves of context, are we drowning in the seas/Of facts that come too easily and friends we never see?” Urging us to set down are smart phones and take a look around, they make a case for the rising rivers, scarcity of Honey Bees, and the dwindling population of trees.

The title song chugs down the track with a laid-back clackity-clack that feels like a sideways homage to Johnny Cash and the Tennessee Three. The meandering melody is matched by lush harmonies, arch pedal steel and wily guitar riffs. Thoughtful lyrics chronicle what Abraham Lincoln characterized as “the battle for the better angels of our nature.” Sometimes the struggle remains internal; “Well, I try to do what’s right, that don’t get me through Friday night/When old scratch whispers in my ear and the beatitudes drown in my beer.”

Meanwhile, “White Cross” is a study in blue. Prickly guitars sketch out a nettlesome melody over roiling bass lines and a tick-tock beat. Rob Waller’s growly lead vocal is leavened by almost incongruous “woo-hoo-hoo” harmonies. Lyrics burrow deep into the addictive appetites that often accompany life on the road; “Well the first one goes down bitter, then you kind of like the taste, and someone had to lose and payback happens every day/If you play the devil’s music you know he likes to come along, I know the angels love me, even if I did them wrong.” As the tune winds down, serpentine guitar solo coils around the instrumental break.

Several tracks display the band’s trademark sense of humor. “Poour Me” is a dipsomaniacal lament powered by weepy pedal steel, chiming guitar and a ticklish beat. Workaday Blues are heightened by gridlocked L.A. traffic and a laundry list of woes; “Well Monday I pulled a double, Tuesday I got in trouble, Wednesday I ate a bad burrito, Thursday I had to detour Alameda/Friday I was tracking down a bottle or three, there’s no OT when you work at SC for Poour Me.”

“King Of The Rosemead Boogie” is a Sun Records pastiche that shares some musical DNA with the vintage Blues of John Lee Hooker’s “Boogie Chillen’” and ZZ Top’s classic, “La Grange.” Anchored by a galumphing rhythm and rattlesnake-shake guitar, it shares the saga of this self-proclaimed King whose inspiration feels less Elvis Presley and more Ed Wood.

“After the sun has set and the heat ain’t around he pulls up his dress and tugs his wig down and gives you a wink and shows you some pink/Will you buy him a drink, help him out of his mink, Two Jacksons and a toke, some shatter and some coke, the capacity of dope at the Highway Host.” Splattery guitars pivot between concise Rockabilly licks and expansive Guitar-Hero pyrotechnics.

“Stoned With Melissa” starts out rollicking good fun, a rapid-fire sing-a-long that extols the virtues of a daily diet of sticky greens all in the service of grabbing “a little vacation of common sense.” Jackrabbit rhythms connect with tensile bass lines and crunchy power chords. Then it’s all fun and games until Melissa has to fly. Suddenly the arrangement and mood downshifts, harmonies become Beach Boy beatific, and stately piano notes usher in a somber coda that echoes the gravitas of Thunderclap Newman’s “Something’s In The Air,” acting like a sweet elegy to Melissa and her green thumb.

“The Last Man In Tujunga” is only-in-L.A.” specific, juxtaposing a brutal break-up with a rampaging wild fire. Chuck Berry-esque guitar runs collide with twangy pedal steel and a wicked two-step rhythm. Grindy guitar chords underscore this very existential dilemma; “You want me off the phone, you want me to go, you were always after satisfaction/Wouldn’t you like to know if I’ll be here tomorrow, please hold on the roof is collapsing.” The to-and-‘fro between guitars and pedal steel approximate flames licking at the song’s edifice. As the phone signal drifts in and out of range he concludes “We’re breaking up and I’m losing you.”

Two tracks, “My Parka Saved Me” and “Spinning” toss the reins to the newest Hawk, drummer Victoria Jacobs. On the former, Victoria offers a “just the facts, ma’m” account of a nearly fatal car crash over swirly organ colors and a Spector-esque “Be My Baby” big beat. Her deadpan delivery, accented by a soupcon of Val-speak inflection is nearly upstaged by Robert Waller’s smoky-toned and passionate re-interpretation. It’s simultaneously laid back, and laugh-out-loud.

Other interesting tracks include the Countrypolitan lilt of “Planet Earth,” the cascading jingle-jangle of “Singing In The Wind” and Bluegrass-y dysphoria of “Tearing Me In Two” which features angelic harmonies, propulsive rhythms and the whipsaw tangle of fiddle and mandolin. The album closes with the bucolic charms of “The Isolation Mountains” An old-timey Waltz it’s a California Kissin’ cousin to the Appalachian Folk standard, “In The Pines.” Cloaked in hushed harmonies and shaded by sepia-toned accordion, it offers this last revelation; “The sun is for plants, the Moon is for animals and we belong to neither, our souls are in the ether.”

More than half a century ago Gram Parsons ignited the flame of Cosmic American Music. I See Hawks In L.A. has carried that torch into the 21st century. With Live And Never Learn it feels like they’re just hitting their stride.