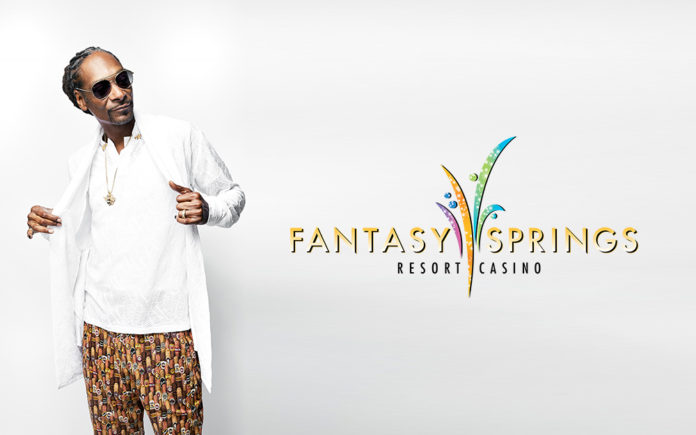 Multi-platinum artist and entertainment icon Snoop Dogg has been at the forefront of popular culture with award-winning albums and songs, hit television shows, and films for over two decades. Snoop Dogg has reigned over pop culture as an unparalleled musical force who has raised the bar as an entertainer and globally recognized innovator, and he’s bringing his envelope-pushing stage show back to Fantasy Springs Resort Casino on Saturday, February 16, 2019.

Since 1993, Snoop Dogg has released 17 studio albums, sold over 35 million albums worldwide, reached No. 1 on Billboard charts and received nearly 20 Grammy nominations. He’s set records with his seminal album Doggystyle, which debuted at #1 on the Billboard 200 chart and sold over 800,000 copies in the first week. Throughout his career, Snoop’s produced chart-topping hits including “Gin & Juice,” “Who Am I? (What’s My Name?),” “Nuthin’ But A ‘G’ Thang,” “Next Episode,” “Beautiful,” “Drop It Like It’s Hot,” “Signs,” “Sensual Seduction” and “I Wanna Rock.” He has collaborated with artists across all genres of music and has helped to define music history. His most recent album (2018), Snoop Dogg Presents Bible Of Love, debuted at #1 on the Billboard Charts and is his first offering in the Gospel music genre.

In addition to his extensive work in music, Snoop has acted and appeared in numerous films, including Beach Bum, Soul Plane, Starsky & Hutch, Half Baked and the Oscar-winning drama Training Day, among others. His voice has also been featured in the animated films Turbo and Hotel Transylvania and such shows as King of the Hill, Futurama, and The Cleveland Show.

Snoop Dogg has been a part of music and entertainment history and he is looking forward to adding to that legacy with his upcoming show at Fantasy Springs. 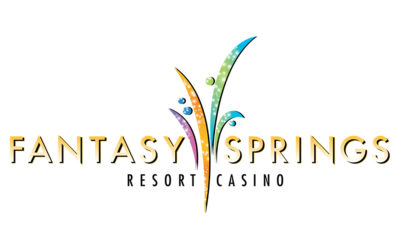 Fantasy Springs Resort Casino has always been the Coachella Valley’s destination for the best live music and entertainment, and the 2019 lineup will be no different. From hip-hop to comedy, classic crooners to rock ‘n’ roll, Fantasy Springs is ramping up its entertainment offerings for a stellar season.

Ring in the New Year with Purple Reign (the country’s foremost Prince tribute band) inside the newly renovated LIT at Fantasy Springs. Then the big name entertainment continues with heavy hitters such as:

Tickets for all of the shows can be purchased at the Fantasy Springs Box Office, via telephone (800) 827-2946 or online at www.FantasySpringsResort.com.

The 12th hilarious season of The Improv at Fantasy Springs debuts on January 11th and will feature the best nationally known comedy acts as well as some rising stars in the comedy world. There is one show every Friday at 9pm and two shows every Saturday at 8pm and 10pm through the first weekend of April.

The newly renovated LIT inside Fantasy Springs will also feature live entertainment on the weekends, plus regular featured special evenings like Brad’s Pad every Tuesday, Noches de Fuego every Wednesday, and Country Night every Thursday night. Each of these specialty nights are FREE and open to the public. You must be 21 years of age.