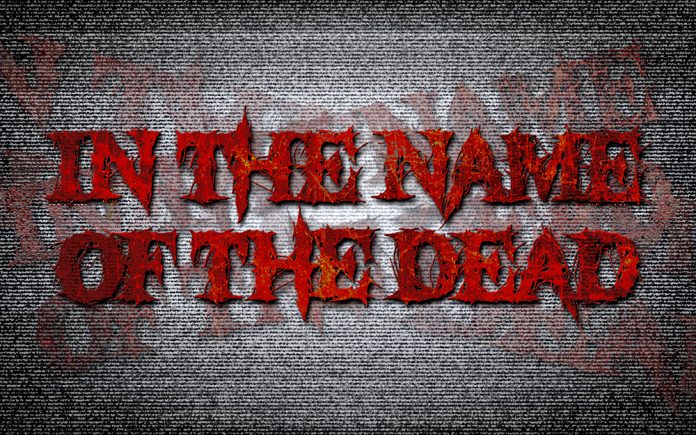 Desert Metal is Re-emerging and it’s going to be Loud!

Lovers of live, local music have been chomping at the bit for the return of shows and are ready to get rowdy! This coming Saturday, Dec 11th, the guys from, In the Name of the Dead will join along with fellow metal acts, Mukocet and When Tides Turn at The Hood Bar in Palm Desert to give all the metalheads the fix that they have been craving for some time.

Respected by metal enthusiasts throughout the Coachella Valley and beyond since 2009, ITNOTD has been busting out eardrums with their notoriously epic levels of volume and hardness that are not for the faint of heart. If you were to find yourself close to the stage at one of their shows, the sweat would be thick and the testosterone, palatable. The strong will survive and have harrowing tales to tell.

In the Name of the Dead consists of Robert Wood on bass/vocals, Justin Cira on drums along with Reuben Torres and Luis Diaz both on guitar. I chatted on the phone with both Wood and Cira about their continuing journey as a good ol’ fashioned, thrashy, metal ensemble and how, being the true musicians that they are, rocking crowds and melting faces feeds their souls.

CVW: Eleven years for a band shows quite a bit of longevity. Who actually started up the band in the first place?

Cira: “That would be myself along with my buddy Chris who was the original guitarist. Then we brought in Luis, shortly afterward Rob followed. A couple of years after that, I was actually fired from the band. Five or six years later I was invited back….several lineup changes later, here we are.”

CVW: You guys are playing the Dec 11th show at The Hood Bar and Pizza which will be one of the first, relatively big metal shows in the valley since shut down. I have been talking to a lot of musicians about their experiences during the pandemic and what they did as performers during that time. What happened with ITNOTD during quarantine?

Cira: “Well, at the beginning it was pretty much nothing. It was a good six to eight months before we got the courage to come back together and start playing again. It was weird because it wasn’t just like jumping back on the bike. We tried jumping on the bike but there was no seat on it. Once we got going it was pretty slow. There were still no shows. Beforehand we had been preparing to record, writing some songs and stuff, getting all that set up when the pandemic hit and we took a break.”

Cira continues: “We really came back into it slowly and were definitely a bit rusty and had to sort of re-learn a lot of the work parts of it but it definitely felt good to be playing again. That was the best part. We are getting the ball rolling, learned a couple of new songs and little by little have been doing what it takes to grow back that leg that was cut off.”

CVW: This upcoming show at The Hood is getting a lot of hype because there have only been so many shows to see up until recently. Have you done any other shows lately? 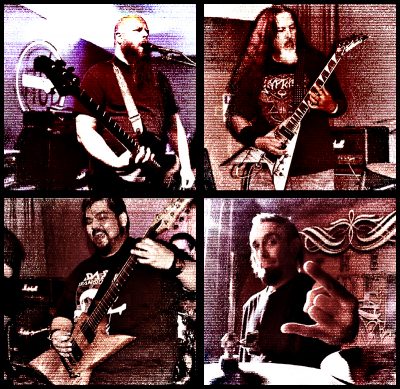 Wood: “Yeah, we recently did Synergy Fest in Coachella which was pretty cool, outdoor fest with a lot of cool people. That was actually the first stage show we had done since the shutdown. We have actually played three or four shows…about once a month lately in smaller settings.”

CVW: You mentioned earlier that you guys were planning to start recording new material before the shutdown and had to put that off. Does that mean that you will be playing these new songs at the upcoming show?

Wood: “Yes. We had a couple that we had worked out pretty solid and had performed at our last shows, pre-pandemic but since we got back into the swing of things we have been able to work on more stuff so, we will definitely have a couple of newer songs in our set at The Hood this weekend and we are definitely excited to have the opportunity to play for everyone again.”

If you are looking for an amazing night of metal music, kinship and drinks…join the boys from In the Name of the Dead along with When Tides Turn and Murkocet this Saturday at The Hood Bar in Palm Desert. You can also follow whatever it is that they are up to these days at https://www.facebook.com/InTheNameOfTheDead