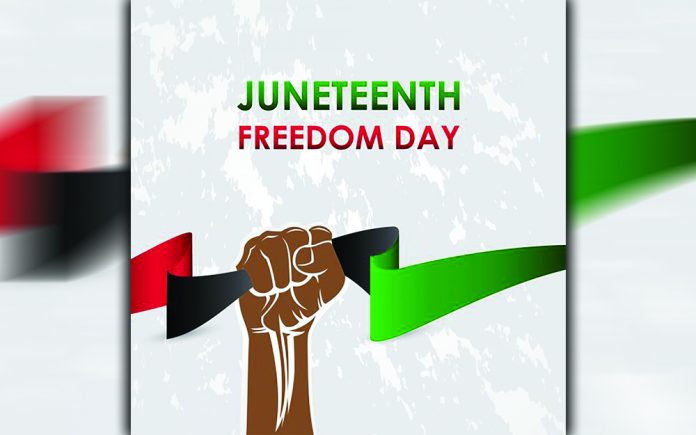 On June 15th, Governor Gavin Newsom lifted all mask and public gathering restrictions.  Four days later on the 19th, Juneteeth (short for June Nineteenth) was celebrated recognizing the independence of black Americans from slavery to their oppressor caucasian owners.

In the 1860s, many slave owners retreated to Texas as it was seen as a safe haven for those who wanted to own other people.  General Grazer’s arrival on President Lincoln’s orders in Galveston, Texas on June 19th 1865 set nearly 250,000 black Americans free from their oppressors.  That day marked the beginning of the end of a world where segregation, prejudice, hate and the exploitation of others for your own benefit was beginning of a fight for equality for all that continues to this day.

Last weekend in California was a celebration for all as well as a reminder of the harm that society can inflict on each other.

When we think back no further than the hate and anger coursing through America on January 6th, we need to recognize that holidays like Juneteenth are a time when we can remember the ugly underbelly of America.  By remembering, it is hoped that we canlearn from and avoid the mistakes of the past.

As a society, we need to raise our game and treat others as we ourselves would like to be treated.  When thinking about Independence Day this coming July 4th, we need to widen our views on what freedom really means.  Freedom seems impossible without tolerance of the differences between us.

In an important milestone in the fight to return society back to normal following the global pandemic, the reopening of live sporting and music events served as a liberation of another sort.  It meant that a viral oppressor had receded to a point that we could gather once again and resume a little bit of normalcy.  While we will most certainly have to deal with more virulent COVID variants like the delta variant as autumn approaches as well as in future years, the risk of infection right now is low for the vaccinated.  While this may change and booster shots will probably be needed, we have a chance to remember what normal was prior to the onset of the deadly virus.

When we think back on the challenges we face as a country with the friction caused by Black Life Matters and anarchists on the left, or the January 6th storming of Congress and anarchists on the right, there is a common thread that binds these extremists together.  At the core, the actions of each group would never have happened if people felt optimistic about their futures and those of their children.  With more than half of working Americans earning less than $30,000 per year and less than 2 in 3 working age Americans in the work force, it is clear that too many Americans are struggling.

If we want to change the downward trajectory of opportunity for many in the United States, we need to follow the lead of South Korea.  By focusing on creating a better educated society, the quality of life for most South Koreans is near the highest levels in modern history.  As a nation, we need to renew our focus on education if we want to ensure that the best jobs stay in America.

Between the reopening of California and the national recognition of Juneteenth, last weekend was independence weekend sought by so many for so long.  Hopefully progress on both fronts will continue while society becomes a kinder and more caring place.