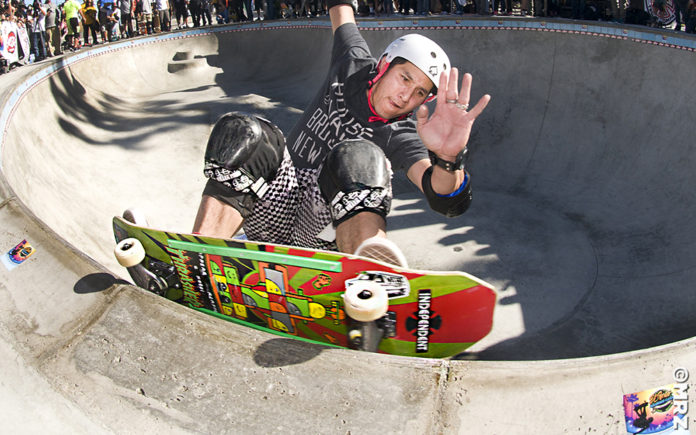 CVW: How did you get started skating?

Christian Hosoi: “I grew up in LA. Born and raised. My parents were from Hawaii. My pops was a surfer. He immediately gave me a skateboard. My dad became the manager of Marina Del Rey skatepark. It became my backyard. That’s where the dog bowl was. Tony Alva, Jay Adams, George Lewis were the locals. They took me under their wing. I was becoming their protégé.”

CVW: What is it about skating that draws you to this day?

Hosoi: “Skateboarding is like a family. It was about where you skated. What community you were a part of. It became a pride thing. You wanted to represent your skate park. Like Upland was a big deal. We would battle it out. There was a lot of comradery. Skating is a lifestyle. After work, before work, during work, money or no money, we’re gonna do it no matter what. Skating became part of my life. It’s like Bruce Lee and his martial arts. It’s everything to him. I wanted to be the Bruce Lee of skateboarding. I wanted to be the best. The challenge to invent the maneuvers, like the Christ Air and Rocket Air; those are my maneuvers. I still love it at 50 years old. It’s kinda crazy that we’re still doing this. It’s another challenge. It helps me help the new guys.”

CVW: You invented the Christ Air and Rocket Air. One of your nicknames is Christ. You’re now a born again Christian. Is it crazy how it’s come full circle? 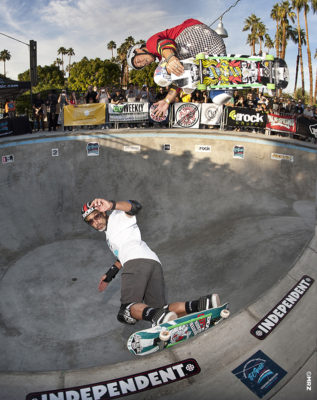 Hosoi: “It’s ironic that the rock star kid would be the one to get saved and dedicate his life. Now I’m a pastor at The Sanctuary church in Costa Mesa. This year I’ve been serving as a pastor for 13 years. Eddie and I have teamed up to use all our gifts and talents and accolades as a platform to teach God’s love. Not in a religious way, but in an organic way. I think we’re showing people who haven’t grew up in church that you can go skate and have fun and on Sunday go to church and share our testimonies and people’s eyes will be opened and their hearts touched. Their pain will go away. I can tell you. I was searching for love in skateboarding, money, girls, and partying. Pretty soon the good stuff wasn’t working, so I started pushing the boundaries with the bad stuff like drugs. That didn’t satisfy me. I got into a situation where I was facing 10 years in prison and I finally looked up and prayed to God. I started realizing my nickname was Christ and I invented the Christ Air. I was like, ‘what’s going on?’ My wife who was my girlfriend at the time told me to go get a bible. I opened the Bible for the first time and immediately all the scales fell from my eyes and I knew I had a purpose. I knew immediately God is real. He told me to shine the light of Jesus. Within 2 weeks, I had to tell the world how much God loves them. The moment I accepted Jesus into my heart, I felt a freedom. I spent 5 years in a prison cell studying the word of God. When I got out, I started telling everybody and have been doing it since.”