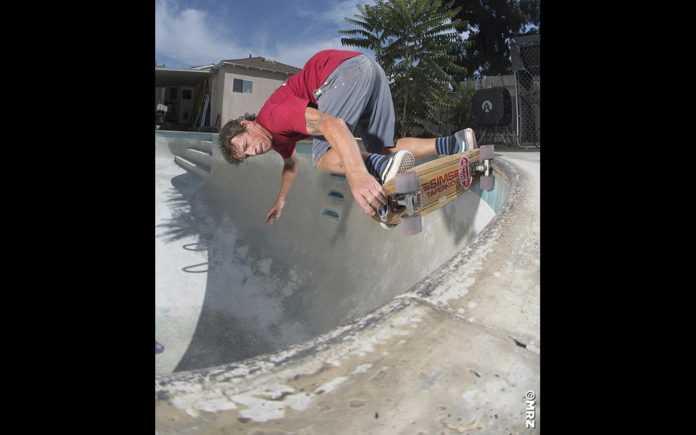 CVW: What is it about skating that drives you to it?

Ozzie Ausband: “Well, I started in 1973 in Pennsylvania of all places. It was the one thing in my life I could do. My dad was a baseball star. He’d throw a ball at me and I didn’t know what to do. When I was young, people picked on me because I was small. I was in isolation in Pennsylvania. It was me against my skateboard. I could conquer it. Nothing fulfills me like skateboarding does. There’s something about the freedom of it. It helps you overcome a lot of things. It also helps in normal life. You’re used to overcoming obstacles in your pastime, so it’s easier in real life.”

CVW: What are the major differences you see dim then until now? What keeps you skating?

Ozzie: “In the beginning, it was being invented. It was like walking on the moon. In the mid-70s people started riding pools. They didn’t know what they could do. The generation I came up with was the innovators. We didn’t know you could grind the coping. Eddie (El Gato) has this thing where he honors that generation of skaters and makes way for the new generation. This thing called skateboarding would never be in the Olympics if this new generation didn’t bring these older tricks to the forefront and improve upon them. Skating fulfills you. There’s always something new. Even with me being 54 I’m learning new things. It’s difficult being this old and skating. A lot of us roll better than we walk. We haven’t stopped. That’s the key. Never stop doing it.”

CVW: You’ve become the historian for skating. Can you tell us a bit about that? 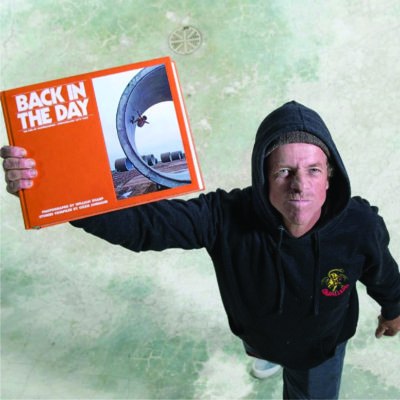 Ozzie: “There’s a place called Woodward Skateboard Camp. I was running it in the early 90’s. I was writing back then for magazines back then, but the magazines went a different direction. It was more about kids doing these crazy things and less about skating bowls. I started going around and filling drains and making pools rideable. A friend of mine told me I should start writing a blog. I had no idea what a blog was. She set it up for me. I called it Blue Tile Sessions. I rolled around with some great skaters and skate photographers. We had access to pools nobody else did and we started gathering great photos and stories. I inadvertently became the source for old school history. It struck a chord with people.”

CVW: You and William Sharp are responsible for Back In The Day. How did you guys come up with the idea?

Ozzie: “It stemmed from the blog.  (William) Sharp and I got together and he had photos and I had photos, and we decided we should do something with this. I started writing stories and realized all I needed was to write the chapter intros. The rest told itself. It took five years, but we documented an era of skateboarding. Everything else was an area. Like Dogtown. But there were dudes ripping all over the place because there were pools all over the place. That’s what’s great. It’s an overview of that era. Banks, parks, and ditches… everything.”

CVW: How did you get involved with the El Gato Classic?

Ozzie: “The first year, I was writing about the nude bowl. There’s a guy Eddie knows who has original photos of the first time they skated it. I asked Eddie if we could write about the bowl because people with advertisers didn’t want to touch it. We wrote that story, then I asked if I could cover the El Gato Classic. The article got like 45,000 views. This year, we’re bringing photos not in the book and we’re bringing the book to sign. That first night at Hard Rock is free and we’re going to have the dudes who invented this sport there.”