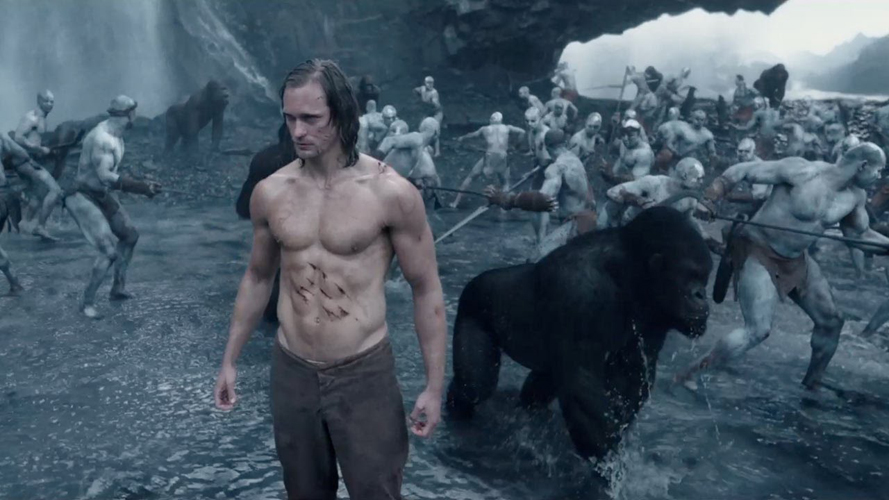 THE LEGEND OF TARZAN

One can be forgiven for assuming this iteration of “Tarzan” is an origin story.  It is not.  In fact, we meet the beloved fictional character after he and his wife Jane (Margot Robbie) have returned from the jungle.  Author Edgar Rice Burroughs’ great action adventure story has been a best seller since it was first published in 1912.  The movie plays with the conceit that Tarzan is a pop culture figure, kind of a comic book hero of the era in the same way that Sherlock Holmes was.  By 1918 “Tarzan” was was a hit movie starring a scruffy, homeless-looking Elmo Lincoln as a wild feral man who lived as Lord of his jungle domain.

In the new film, we meet John Clayton III, aka Lord Greystoke, who, with his beloved wife, Jane (Robbie) at his side, has just been invited back to the Congo to serve as a trade emissary of Parliament, unaware that he is a sacrificial pawn in a deadly game of greed and revenge, masterminded by the Belgian, Captain Leon Rom Christophe (Waltz). As fate sometimes has it, those conspirators behind the murderous plot have no idea what their actions are about to unleash. 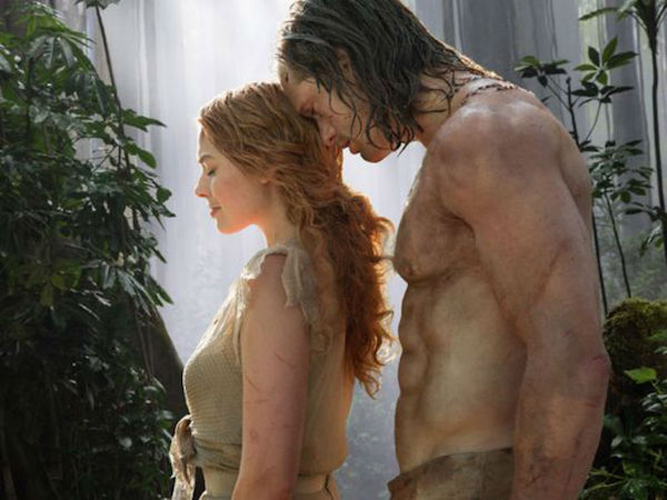 Director David Yates (the final four “Harry Potter” films) creates a believable world for this great story.  The screenplay by Adam Cozad and Craig Brewer (from a story by Brewer and Cozad based on the Tarzan stories created by Burroughs) does justice to Author Burroughs’ original novel.  I think Burroughs would love this film because it lets Tarzan be a truly heroic figure with a clear moral compass   I have often wondered if author E.R.B. was asking: if a human were raised in the wild would or could he or she be both moral and brave and effective in the human world?  I think Burroughs believed that there is knowledge to be gained in the natural world that can make us humans and our world better.  The movie does not ignore the rampant colonialism and racism of the era.  This film not only tickled my intellect but also delighted my eyes.  I only wish there were more moments of interaction with the jungle animals because the few that exist are most effective.  Skarsgard and Robbie as Tarzan and Jane respectively have a sweet onscreen chemistry.  It doesn’t hurt that both are remarkably attractive human specimens.   Now playing at The Mary Pickford Theater (Cathedral City) operated by D’Place entertainment.  Recommended. 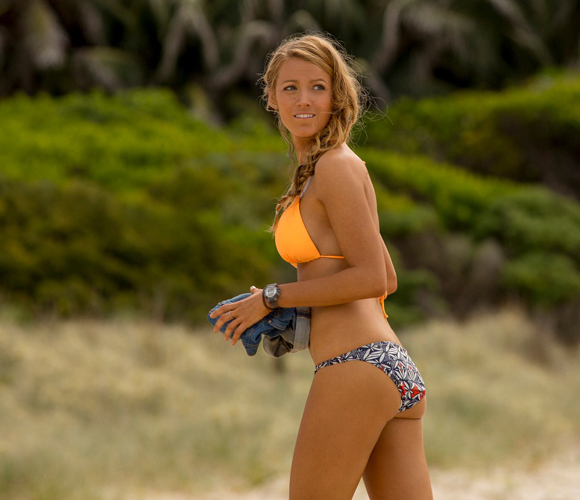 Medical student Nancy Adams (Blake Lively) is still grieving the loss of her mom. She takes a break and heads for a secluded Mexican (?) beach for some much-needed solace. Despite the obvious dangers of surfing alone, Nancy decides to soak up the sun and ride the waves. Suddenly, a great white shark attacks, forcing her to swim to a giant rock protruding rock for safety. Now, left injured and stranded a mere 200 yards from shore, the terrified, brave and resilient young woman fights for her life as the deadly predator circles her.  Meanwhile the rising tide threatens to sweep her off the rock.

Director Jaume Collet-Serra has crafted a taut; terrifying tale and Lively is perfect as the pretty, vulnerable and very sympathetic prey.

The tension never lets up but the emotional plot points of the back-story seem less than relevant and barely fuel the story.  But other than that, this modern B-movie does what it sets out to do and fulfills the promise of the poster.  Now playing at The Mary Pickford Theater (Cathedral City) operated by D’Place entertainment. 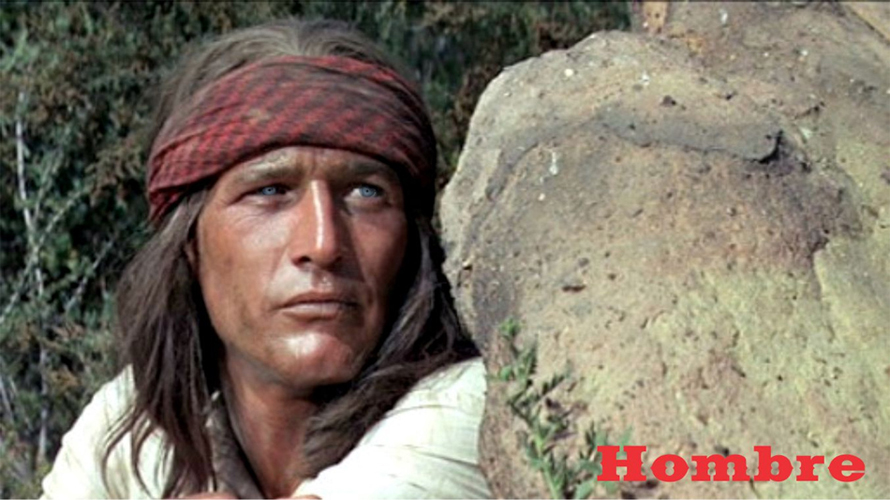 The outstanding filmmaking team of director Martin Ritt and screenwriters Irving Ravetch and Harriet Frank Jr. brings us this adaptation of Elmore Leonard’s classic novel about an Apache-raised gringo coping with a clash of cultures and race.  This engaging revisionist Western riffs on a variation of Stagecoach. Paul Newman stars as an Apache-raised white man in Elmore Leonard’s classic western story that riffs on a variation of John Ford’s “STAGECOACH” (1939).  Paul Newman’s character is initially despised by his fellow stagecoach passengers, who then appeal to him for help when a savage robbery/kidnapping leaves them in great peril. Besides a terrific Newman, the excellent cast includes Fredric March, Richard Boone, Martin Balsam, and Diane Cilento.  David Rose’s lively score can be enjoyed as an isolated track.  The astute commentary by film historians Paul Scrabo and Lee Pfeiffer is worth a listen.  Twilight Time Movies.  Blu-ray.  Limited edition.