In lieu of covering a new release – there were no press previews this week — I thought I’d feature several older titles new for home viewing on Blu-ray.  Twilight Time movies is a godsend to movie lovers who prefer owning and playing favorite films restored in stunning hi-def transfers.

All these dark comedies or gothic dramas involve relatives — from spouses to cousins. 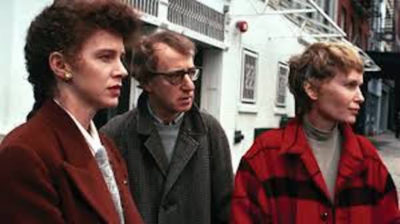 From writer/director/co-star Woody Allen comes a tough, uninhibited comedy that over-rides all the nasty innuendo, and accusations that gossip has attached to it since its release.  This groundbreaking movie might be Allen’s fiercest comedy about coming undone.  I can’t think of another movie, I’m sure they exist, about violence done in the name of love.  Jack (Sydney Pollack) and Sally (Judy Davis) at first appear mature and amenable about their split.  But Gabe (Allen) and Judy (Mia Farrow) react with horror to their friends’ break-up.  However, they too are soon on their own path to dissolution.  The terrific cast delivers “loony perfection” to this excoriating black comedy shot in quasi-documentary style by Carlo di Palma.  Juliette Lewis, Liam Neeson and Lysette Anthony co-star. 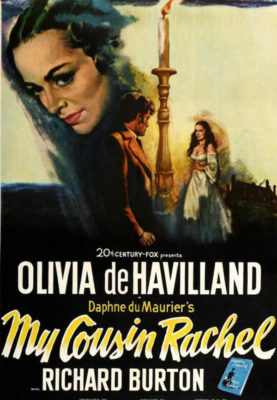 Based on du Maurier’s best-selling novel, the story weaves an eerie romantic Gothic tale set against the backdrop of a wild, rock-ribbed Cornish coast.  Richard Burton plays an anguished young English gentleman torn between dark suspicion of an uncontrollable passion for his guardian’s widow, the alluring, mysterious and beautiful Rachel (de Havilland).  Henry Koster’s atmospheric direction, Nunnally Johnson’s tight screenplay and the brooding, lushly romantic score by Franz Waxman make this memorable film a seductive winner.  Consider this a nice double feature with the similar themes and setting of Dragonwyck. 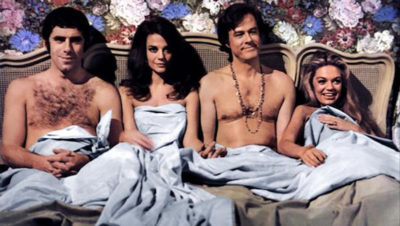 Consider the hi-def Blu-ray possibilities of this blithely brittle and bittersweet concoction of extramarital exploration, co-writer Paul Mazursky’s directorial debut.  The New Yorker said: “From the very beginning, it captures the tone of the swinging ‘60s.  Mazursky liberates a powerful, turbulent and contradictory emotionalism.”  Revered (by some) movie critic Pauline Kael called it “…a slick, whorey movie, and the liveliest American comedy so far this year.”

The satiric comedy of manners focuses on two Eisenhower-era couples (Robert Culp, Natalie Wood, Elliot Gould and Dyan Cannon who must confront the sexual revolution of the 1960s.  They do this with varying levels of timidity and enthusiasm.  The result is a sharp yet generous-spirited send-up of social mores, adroitly acted by a quartet of anxious if too eager protagonists.  It has been said that sometimes comedy is the best way to examine moral issues of the time. 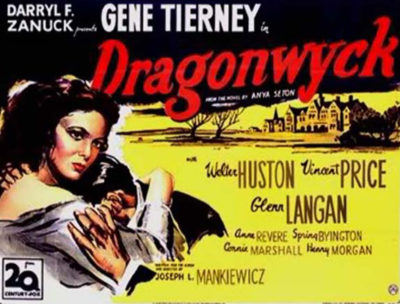 On Blu-ray at last!  The formidable Joseph L. Makiewicz (“All About Eve”) makes his directorial debut and the singular Vincent Price stakes an early claim to future screen horror icon status in a hauntingly realized adaptation of Anya Seton’s best selling gothic historical tale about a 19thcentury callow maiden’s (Gene Tierney) attraction to an authoritarian estate-holding distant cousin with a mysterious past and disturbing future intentions.  The vivid performances make the 1840 setting subtly plausible.

The lucid compelling and shivery story quickly kicks into gear when innocent country girl Miranda is summoned to work as a governess at the magnificent estate – the eponymous Dragonwyck – of imperious Nicholas Van Ryn (Vincent Price).  Despite the luxury of the surroundings and the romantic attentions of Nicholas, things soon begin to take a sinister turn for Miranda.

The generous special features include an isolated music track, a fascinating audio commentary with film historian Steve Haberman and documentary filmmaker Constantine Nasr, also “A House of Secrets: Exploring Dragonwyck” and “Vincent Price The Versatile Villain.”  In addition, there are two fun vintage Dragonwyck radio shows. The best extra is the mesmerizing “Gene Tierney: A shattered Portrait.”  Her role in Dragonwyck held uncanny parallels to her own troubled life – especially her on screen character’s conflicts dealing with a strict, domineering father.  This title, and the other films featured on this page are limited to only 3,000 units.  For ordering info www.screenarchives.com