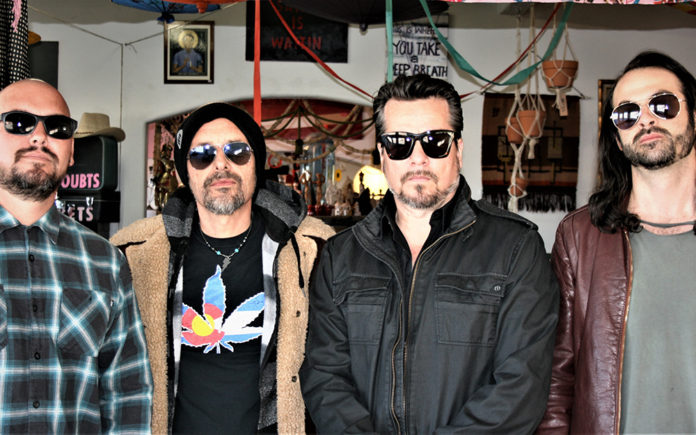 John Garcia and The Band of Gold released their self-titled album on January 4th 2019, through Napalm Records, and produced by illustrious producer Chris Goss (Kyuss, Queens of the Stone Age). After my first listen, intuitively, I was convinced that the music was written and recorded with the live setting in mind. Fast-forward to March 2019; Garcia and band just wrapped up a triumphant 2019 European tour and are looking towards their May 17, 2019 show at Planet Desert Rock Weekend in Las Vegas, Nevada. They are a band built for live performance. 30 years after forming Kyuss, Garcia continues to hold his own with Ehren Groban (guitar), Mike Pygmie (bass) and Greg Saenz (drums). 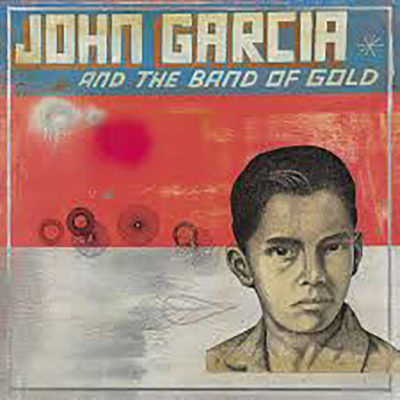 I’ve been fortunate enough to see John perform live in multiple settings; with Kyuss in the early 90’s at the “Iron Door” and at Mario Lalli’s legendary live music venue Rhythm & Brews in Indio, with Unida in Hollywood and with his current line-up in 2014 supporting his self-titled John Garcia solo release. I, along with all of his U.S. fans, look forward to seeing and hearing these songs live on our soil. Here is the Coachella Valley Weekly review of the album, John Garcia and The Band of Gold:

What a great instrumental intro. This was the first song on the set list for their recent European tour. With its ominous and impending tone, the crowd no doubt has time to engross themselves with anticipation as the slow tempo bursts into a driving beat that only Groban, Pygmie and Saenz can facilitate after playing several years together. Punctuated by a bass run that Pygmie just kills, it reverts to the intro and then gives you one more shot of desert rock. I think I know what John was thinking here, let’s feature the band because my humility tells me I’ve got something really special here and I want the world to know. The truth is, I had already asked him this question in 2014. His answer was, “The first person you see on stage when we play our first show is not me, it’s the band. I’m not even on stage. They come up and expose themselves. Everyone is gonna give them that respect they deserve.” (Dig it! Cool cool!)

A well-crafted follow up song and gave reason to keep this number two in the live set list on the tour. It brings the listener back to the grind that only Garcia and band can provide, mellow and rocking. During the transition of the song, the band really shines as they step up the intensity of their performance.

The video for this song is imaginative and has great camera work. The storyline follows a young man on a skateboard through numerous California landscapes seemingly agitating others on his journey to honor the loss of a loved one. Directors Kevin Strick and Nate Klein left plenty of room for interpretation.

The first single off the album. Who would have thunk…that there’s funk…in desert rock? Big guitars…big drums…big bass…and Garcia’s uncluttered lyrics that only he can deliver with his enigmatic singing style. The lyric video for this song seems to be looking through the lens of a lustful young man on a beach as beautiful women are surfing and carrying on in bikinis. The groove of this song definitely lends itself to the shaking of some booties in the crowd.

We could spend hours trying to interpret the actual meaning of the lyrics of this song but isn’t it better just to feel it? I sense this song. I appreciate the jazz from Groban’s guitar and the slap bass technique Pygmie operates on his bass. Saenz is simply the director of his drums. He provides symmetry in the sounds of his drum set so that we can take pleasure in each piece. From the hi-hat to each tom to the ride cymbal, he creates the substructure on this song with the lasting movement.

This tune establishes itself quickly. It gave me that feeling of being out for blood. The drive is tenacious and the Band of Gold delivers here. The instrumental bridge only reinforces the swiftness and significance of the lyrics.

“The embers that you leave

Bring me the woman that I want most

The night that my beauty sings for me

Makes me take it off and take it out

Garcia takes his voice a little higher for this one. No doubt Groban likely enjoys performing this song live. There’s a beauty and innocence to this song. If there is a “radio friendly” song on this album, this is it. It’s quintessential John Garcia. This song connects many of his past bands and projects. Great melody and meaningful lyrics.

Popcorn (Hit Me When You Can)

The entire band really brings it together on Popcorn. I continue to go back to that live vibe. This song will keep the crowd on their feet and forego that beer at least until the song is complete. Garcia really forges ahead here vocally.

Marching tempo with the classic Garcia bellow. So many idiosyncrasies in this band that show as a bag of tricks on each song. Apache Junction is no different. It covers the Stoner Rock label with a much larger stamp. The shortest song on the album may pack the biggest punch.

Don’t Even Think About It

Fuzz at its finest from Groban. The guitar before the chorus is hypnotizing. From my viewpoint, the guitar solo is the best on the album thanks to the Groban’s mastery of the wah-wah. The rest of the band is stellar on this track as they elevate to the bridge and bring it all home in the tail (coda) of the song.

Saenz lower end tom run at the beginning of the song determines the cadence. Another song that I can imagine playing on popular rock radio. The Cheyletiella is a type of mite that live on the skin surface of dogs, cats, and rabbits. I’m not certain how the title relates to the lyrics but I will find out.

The title coincides with the introduction and the lyrics lead us astray. The absolution in Garcia’s words, “I can’t do anything right,” are something we can all relate to when we blame ourselves for the lack of equity in our lives and how easy it is to beat ourselves up and lack self-compassion. 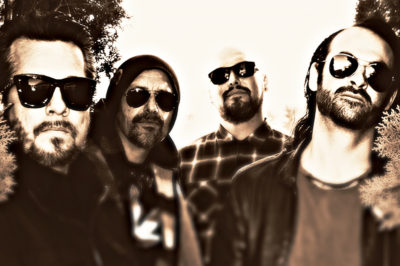 This album is thorough. Garcia, Groban, Pygmie and Saenz leave no stone unturned. It is also impeccable. You will only find fault if you seek it. I am hopeful that the positive response to the album and European tour will not have Garcia leaving on top. Artists create. Usually to the end. If this is the last we’ve heard of Garcia and Co., then they have bequeathed to us an integral symbol of the present moment that we can pass down for generations to come.