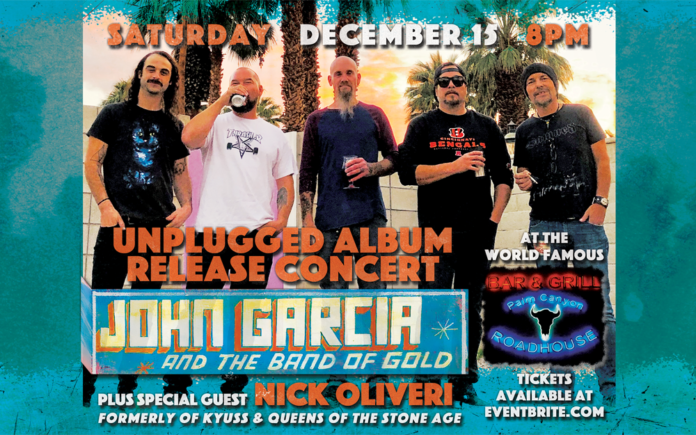 Local musician and frontman of many legendary desert bands, John Garcia, is set to release a new album with his Band of Gold.  John Garcia & The Band of Gold is Garcia’s follow up to 2017’s The Coyote Who Spoke in Tongues.  This marks the first time in a while Garcia has recorded with a full band.  The Coyote Who Spoke in Tongues was a departure from Garcia’s normal modus operandi.  It was an intimate album which put Garcia’s vocal talents at the forefront with full-time contributor Ehren Groban of War Drum playing guitar.  Garcia enjoyed the departure but decided his full band formed in 2014 needed to come together as a family and unleash a new album as equal contributors. 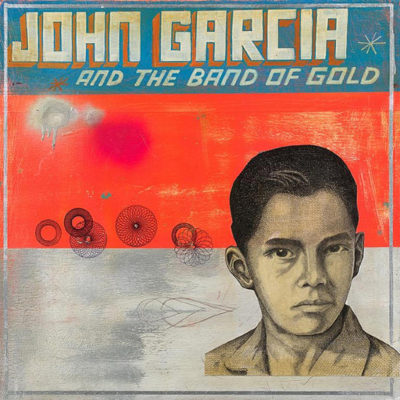 John Garcia & The Band of Gold was something every member of the band needed.  It was an outlet for music which couldn’t find a home in their individual bands.  Mike Pygmie of The Whizards, Invitro, and You Know Who had a ton of songs which needed a home.  Greg Saenz of Excel, You Know Who, and Yawning Man also needed a fresh outlet.  Ehren Groban is consistently writing and needed an outlet for his creativity since War Drum is on a hiatus.  And, of course, John Garcia needed a home for his lyrical genius.  When you have four amazingly talented musicians overflowing with talent, you quite literally end up with a “band of gold.”

The timing was right and the stars aligned.  The band set up an impromptu studio in the high desert, and tracked a magical desert experience.  The god father of desert rock and master producer as well as “master of reality,” Chris Goss hopped on board for production.  In went four musicians’ wizard talents, and out came a masterpiece.  On January 4, we all will get to experience the power of this desert.  If you can’t wait that long for a taste, you’re in for a treat. 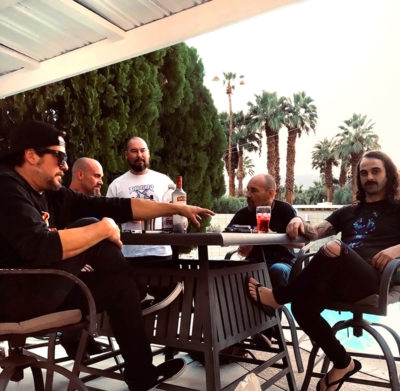 On Saturday, December 15th at Palm Canyon Roadhouse, Garcia marks his first hometown show in 2 years.  This will be a very special treat. This marks only the second time Garcia has played acoustic with a full band.  A few years ago in Chile, Garcia did a quick show with his full band acoustically, but generally JG Acoustic is Garcia and Groban only.  If you are a fan of the music of our scene, you cannot miss this.  This show will have fellows Kyuss member, Nick Oliveri, opening with his acoustic show, Death Acoustic.  Having two iconic desert musicians in the same room at the same time can lead to some special surprises fans from across the world will be jealous of.

“It’s gonna be a special night and I’m really looking forward to it.  We have only done the full band live acoustic set once before, it was in Santiago Chile and it was a blast. It’s really raw and exciting to play the songs without the security of a wall of amplifiers behind us and  it will be especially cool to play for our friends and families here at home.” 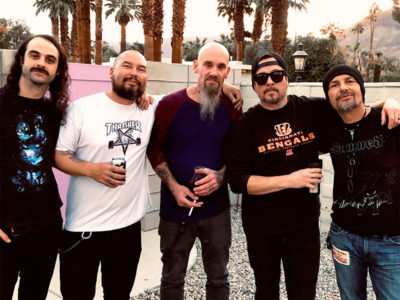 “John brought this band together in the Spring of 2014.  We appreciate each-other musically, as band-mates, and as friends. Mike and I are over 10 years into making music together and we create a solid rhythm section for Ehren’s blues-driven riffs, and the incomparable voice of the man, John Garcia. I’m proud to say we all wrote, arranged, and recorded this record together. Our influences are obvious to the seasoned audiophile, while the desert sound is there by default.  I have been a (huge) fan of Chris Goss since the 80’s. Chris coming on as our producer went way beyond my expectations of making this record, and is something I would have only dreamed of, until now.  I hope music lovers enjoy this record and consider it a soundtrack to whatever it is they do to get their rocks off!”

“John and I have been doing the acoustic thing for a while now, but playing in the desert is always special for us. This will be only the second time we’ve played an acoustic show locally, so this show really means a lot to us. In addition, while the band played a small acoustic set last year in Santiago, Chile, this will actually be the first show where John Garcia and The Band of Gold perform a full acoustic set together. We put a lot of blood, sweat, and tears into this record and I’m very much looking forward to seeing a lot of friends and familiar faces and hope everyone digs the music as much as we do!” 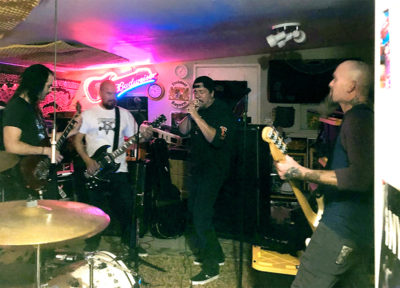 “The first time Ehren and I sat down to try and re-work a lot of the older material, as well as songs that appeared on The Coyote Who Spoke In Tongues, we thought ‘How hard could it be?’ Believe me, a lot of time and effort went into transforming the material into something that was sonically pleasing, interesting, and fresh sounding. It’s been a great journey so far and I’ve enjoyed every moment doing the acoustic stuff. I know I speak for The Band Of Gold when I say we’re stoked on this show and looking forward to showcasing a lot of the new material on the upcoming full length record. Big thanks to everyone involved in making this show happen and all my supporters. See you Saturday. Big Love!”