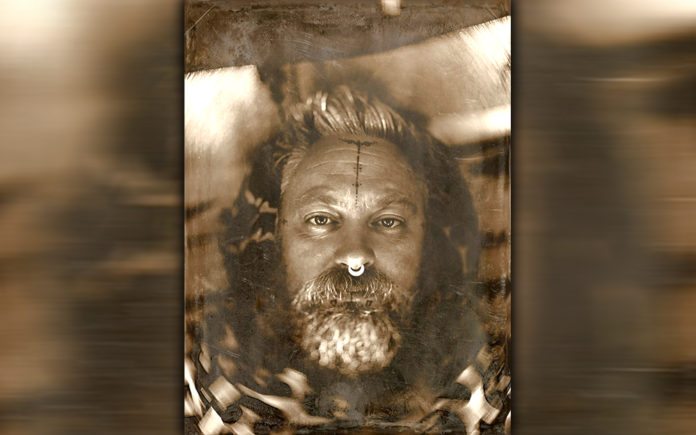 Regular attendees to the Joshua Tree Music Festival know that the four-day event is about more than music.

To help you understand some of what make JTMF unlike any other music festival, we interviewed Simon Ballard, who has been with the festival for fifteen years building its yoga program.  Ballard who has taught yoga for nearly twenty-five years has travelled to India and other parts of the world to study, “different modalities related to yoga and shamanism.”

Whether it is the music, yoga or one of the other offerings at JTMF, Ballard reminds us that the festival is a safe place for “…personal exploration…which is an intrinsic part of the Festival.  It is a chance to stop, pause and connect with one’s inner dialog.”

“It has been a beautiful thing to observe over the last fifteen years,” offers Ballard.  “Back then, we had one (yoga) class a day,” offers Ballard.  Today the festival sports more than a dozen instructors with at least a dozen classes on any given day.   Ballard himself teaches Breath & Sound classes at 9am on Saturday and Sunday where “70 to 100 people will show up (for a) Sunday morning sound meditation with just sound with no movement,” states Ballard.

Mori Oco gets things started each day at 7am.  On Friday and Saturday, Oco encourages participants to bring an instrument if they have one.  Following her at 8am is Alan Siegel who has practiced Bashti Yoga in India.  Other classes include Partner Yoga, Yin Love, Kidz Movement in Kidsville, Spiritual Spicy Yoga and Sound Bath, Acro Play and more.

Ballard recommends Hot Hatha Soup with Patricia Thompson for those interested in learning how to become more connected with their body.  This class is taught Thursday at 3pm and Friday/Saturday evenings at 11pm.

Whether related to Yoga, the Positive Vibration Station, Kidsville, Art or This Land is Your Land, each is “…complimentary to what the festival stands for,” says Ballard.  “First and foremost, (JTMF) is a community event filled with love.”

The Positive Vibration Station’s schedule includes classes in QiQong, meditation, Vibrational Breathwork, Sing a Secret, learning how to play a Digeridoo, African Dance and Song, a Live Looping workshop and much more.

One of the things that Ballard started when building out the yoga schedule was to build a community relationship between the instructors and participants.  “All the teachers camp together.  I wanted to break down the idea of teaching and leaving (and build a) fluid movement from instructor to instructor.”  By building better relationships between the instructors, Ballard found that the connection between instructors and participants grew and often continues from festival to festival.  It is as though the May and October JTMF festivals are a chance for friends to spend quality time together at least twice a year.

“Teaching at a festival is different due to the different skill levels of the participants.”  As such, Ballard reminds the teachers to offer their classes so that, “Anybody of any physical and/or belief level can join in.”

“What I forget sometimes (in) moving through the world for thirty to forty years is that it is not as easy for people who might have been stuck in an office. Something as simple as’ putting on a cowboy hat’ leaves some wondering ‘how will people see me.’”  For those who leave those preconceived thoughts outside of the festival grounds, Ballard sees how the collective work of the instructors, performers even the attendees can “change the paradigm on how people live” and how they interact with society around them.

“I have not seen an act of aggression or violence in 15 years which is pretty amazing.”  Ballard works at or attends many festivals every year yet none of the others have developed the safe environment for self-development that JTMF has nurtured and developed.

For more information on the Yoga schedule, please visit www.JoshuaTreeMusicFestival.com.