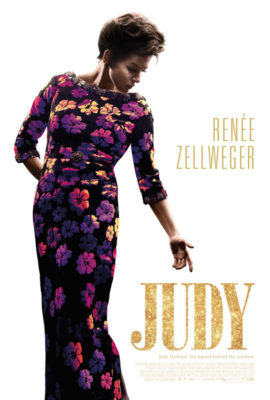 Led by a deeply drawn performance from Renée Zellweger, the film is a celebration of not so much Garland’s voice and songs but her capacity to never lose hope.  The movie is almost an argument for sainthood making Garland a martyr.

The film bounces between a 16-year-old Garland (Darci Shaw) dominated by her stage mother but it’s set mostly in the winter of 1968.  The movie captures the waning days of the beloved performer with unwavering compassion.  It begins with the showbiz legend unable to check in to the hotel where she lives with her kids Joey and Lorna due to unpaid rent.

She leaves her kids with their father producer Sid Luft (Rufus Sewell).  Dead broke and wanting to get her kids back, she accepts a five-week stint at The Talk of the Town supper club in swinging London.

It’s been thirty years since she shot to international stardom in The Wizard of Oz. Her voice is no longer what it once was, but its rawness has imbued it with an emotional and dramatic intensity it never had. 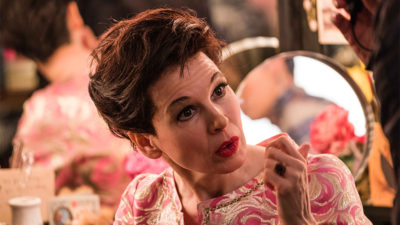 Preparing for her show, she battles with her handlers, charms musicians, reconnects with friends and enjoys adoring fans.  But it’s her wit and warmth that shines strongest.  Her dreams of love are still alive as she begins a whirlwind romance with Mickey Deans (Finn Witrock), her soon-to-be fifth husband.

Featuring some of her best-known songs (actually performed by Zellweger, who has a striking voice)

The film is based on Peter Quilter’s play “End of the Rainbow,” adapted by screenwriter Tom Edge and directed by Rupert Goold.

The main reason to experiences this film is for Zellweger’s remarkable performance.  She was 47 during production, the same age as Garland when she died in1969 as a result of her addiction to barbiturates. 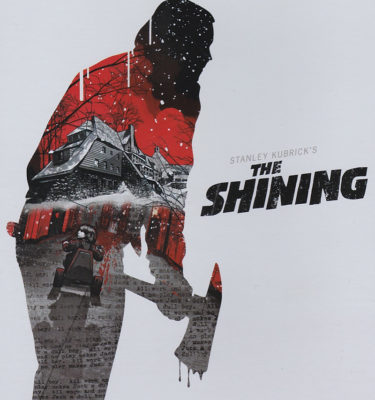 Stephen King was not a fan of Stanley Kubrick’s 1980 adaptation of his best selling novel.  He thought it strayed too far from the book’s supernatural horror and was too “arty.”  As I recall, Kubrick was attracted to the material with an eye to making it more about madness.

Upon it’s initial release, critics and movie-goers were divided, but there was near universal acclaim for Jack Nicholson’s magnificently unhinged performance as Jack Torrance, who becomes the winter caretaker at the isolated Overlook Hotel in Colorado.  Hoping to cure his writer’s block.  He settles in along with his wife, Wendy (Shelly Duvall) and his son Danny (Danny Lloyd), who is plagues by psychic premonitions.  As Jack’s writing goes nowhere and Danny’s visions become more disturbing, Jack discovers the hotel’s dark secrets and begins to unravel into a homicidal maniac hell-bent on terrorizing his family.

The film has entered the cannon of horror cinema and continues to be enjoyed by fright fans and examined and by cinema “scholars.”  The most interesting result of the latter is the notion that Kubrick intentionally left clues in The Shining to how he helped fake the moon landing.  For more, find the film “Room 237.”

Generous extras cover the main aspects of the filmmaking process.  The terrific audio commentary by Steadicam inventor Garret Brown and Stanly Kubrick’s biographer John Baxter is richly detailed as are fascinating, stand-alone documentaries: “The Visions of Stanley Kubrick” and “The Making of the Shining.” 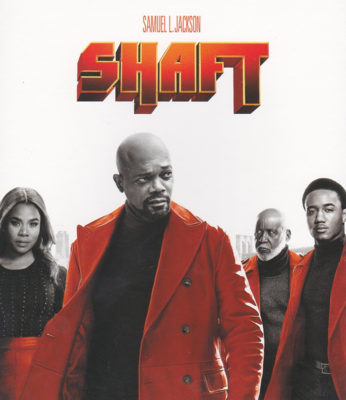 Director Tim Story’s latest chapter in the five movie Blaxploitation series and the third to be called “Shaft.”  It was unceremoniously dumped on Netflix.

It’s been decades since the original and a lot has changed in the world, but even Richard Roundtree fans may appreciate the return of the hippest private eye on any New York City beat.

JJ, aka John Shaft Jr. (Jessie T. Usher) is a cyber security expert with a degree from MIT but he still needs the knowledge only his dad Samuel L. Jackson) can provide in his quest uncover the truth regarding the death of his best friend.  Besides 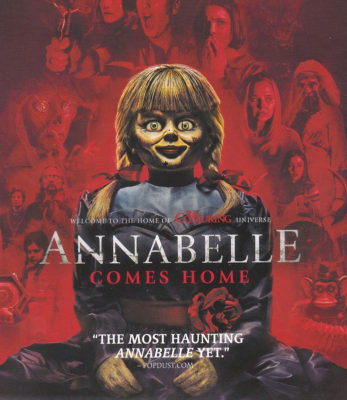 New demonic entities are released when the third installment of Annabelle hugely successful Annabelle franchise starring the sinister doll from the “Conjuring” universe.

Determined to keep Annabelle from wreaking more havoc on innocent victims, demonologists Ed (Patrick Wilson) and Lorraine Warren (Vera Farmiga) lock the possessed doll in their home’s special artifact room, placing her behind “sacred” glass.  But when the doll escapes and awakens the room’s evil spirits, it conjures up an unholy night of bone-chilling horror for the Warren’s daughter and her friends as they desperately battle to bring Annabelle’s reign of terror to an end.

Screenwriter Gary Dauberman (“IT” and “The Nun”) makes his directorial debut with a screenplay he wrote.