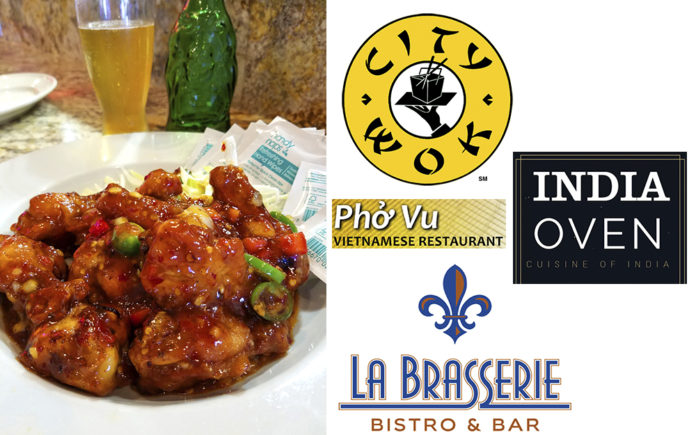 Look beyond the Buffalo style, for a variety of wonderful wings right here in the Coachella Valley.

Wings have long been a bar food staple, a sports watching accompaniment as traditional as beer, a fabulous finger food phenomenon. The Buffalo Wing was brought to life back in the 1960’s, at the Anchor Bar in Buffalo, New York. Like many iconic dishes, the Buffalo Wing was conceived out of necessity, when the late night crowd was clamoring for something to munch on, and what could be better than crispy fried wings blanketed with hot sauce. But over the years, the neutral wing has evolved, moving past its Buffalo origin, and into many different tasty creations, some of which can be explored right here in the CV.

Clay Oven Chicken Wings –India Oven. This is one of my favorite restaurants in the desert. Quaint and cozy, it has a city feel to it, as if it’s on a busy street, and you found a secret gem that only the few focused foodies know about. But actually, India Oven is on the corner of a strip mall in Cathedral City, still quaint and cozy, and a genuine gem of a dining spot. I came to be drawn to certain dishes at India Oven, but one night my boyfriend and I decided to go off script and try the wings as an added dish to our repertoire. The wings came out with a beautiful deep burgundy hue, as if they had gotten way too much sun. They didn’t have a crisp disposition, but rather displayed a softer exterior then your usual wing, full of aromatic and amazing flavors, with just enough heat to make you want more. Their spicy exotic taste put them on the fast track on our yum meter, quickly climbing up our list of favorite chicken wings (yes, we have a list). www.india-oven.com

Crispy Duck Wings – L’Orange-La Brasserie. I never said wings had to be chicken only, so let me introduce you to the duck difference. The ducks rich flavor give wings a totally new twist, they are not as much as a blank canvas as chicken, but still can hold their own in the wing world. I found this out recently on a visit to La Brasserie in La Quinta, when my boyfriend and I ordered their Crispy Duck Wings at L’Orange. The visual aspect of the wings is most noticeable, as duck wings are quite larger than their chicken friends. The duck wings had a shimmering layer of orange sauce to them, and after penetrating the skins crispness, tender duck meat was revealed. These are the kind of wings that you can make a meal out of because of their size, and they go perfectly with La Brasseries signature Grand Paris Manhattan. Ooh La La!! www.labrasserielaquinta.com.

Vietnamese Crispy Wings-Pho Vu. I used to crave only the Pho at Pho Vu in La Quinta. The #17 with all of the added goodies in it has always been good comfort food for me. But now, along with the #17, is my other favorite at the popular dining spot, and that is their Vietnamese Crispy Chicken Wings. If you’re looking for meaty wings, you might not be too thrilled with these, but what they lack in girth, they make up a million times in out of the world flavor. First of all, they are crispy, kind of like the top layer of Crème Brulee crisp, but before and after you gain access to the meat, it’s a smack in the face of salty, savory that you can’t get enough of. The wings are cooked with spicy salt, garlic, peppers and jalapeno’s, and served with a funky house sauce that just seems to work. It’s hands down one of the top chicken wings that I’ve ever had….craveabley good. www.phovurestaurant.com.

Wokked Wings-City Wok. Everything that I’ve had at City Wok in Palm Desert has been fantastic, that’s probably why my boyfriend and I go there so often. Their excellent food coupled with super friendly service and moderate prices, make for a winning recipe time and time again. It was maybe about a couple of months ago that we discovered what has become a go to dish for us there, the Wokked Wings. I actually don’t know why we didn’t try them before, a huge oversight on our part. Like their title indicates, these wings ae cooked in a wok, with a crazy delicious sweet and spicy sauce. If you’re shy on spicy food, these wings may not be for you, because they are spicy and have little jalapeno’s hanging around to enforce the point. I seriously could have these wings every day. They have the perfect layer of crispiness surviving under the glistening sauce, and with the meatiness of the wing itself, these wings are filling and just fricken crazy good! It’s worth a trip to City Wok for wings alone. www.citywok.com

Whether you’re in the mood for the traditional Buffalo style wings, or feel like spreading your own wings to try a different variety, this versatile dish is a finger food that is plain old fun. Because sometimes it’s enjoyable to just wing it!