Rescued from Afghanistan, Toby became a symbol of comfort and happiness for U.S. soldiers and animal lovers throughout the world who helped bring this once starving pup to a loving home in Texas. Toby was rescued by a U.S. Army captain from a burning trash pit as a tiny, starving puppy in this war torn land. Tragically, this precious dog became the victim of violence in our homeland when he was ruthlessly shot and killed by a neighbor on April 12, 2014.

In a war ravaged nation, Toby was a bright spot for the soldiers, a creature of joy in a place far from home who brought loving comfort to the troops. Dogs are family, reminders of our loving homes, our best friends, and protectors. Toby later brought that same love and companionship to his home in Texas.

Rachel Ries was an Army MEDEVAC helicopter pilot when she first met Toby in Afghanistan. Ries recalls, “He had already been rescued. Toby was the coolest dog ever. I always made him my priority when I rotated through…everyone else hated rotating through there. I made it a point to go there because of this dog. All the air crews, the navy surgical teams, the contractors, and the medical people knew him. The first time I met him he licked my face and we played fetch with an empty water bottle.”

When the military unit could no longer keep Toby with them, the options of euthanizing him or leaving him behind to fend for himself were unthinkable. Paws Unite People, a national organization that assists abused and neglected animals, quickly arranged for Toby to come to the United States to be with the soldier who so loved him. The effort gained nationwide media attention, and Toby touched many hearts when he arrived here in January, 2013, to live with Rachel and her family.

Toby became a neighborhood celebrity. By all accounts, he was a gentle animal, popular with every person and pup he met, trained to love and comfort others. Like most rescue dogs, Toby showed love, wisdom, forgiveness, and a tendency to “live in the moment” happily with his American family.

Rachel Ries had already complained to the authorities about her neighbor’s threats. Michael Coulter had an encounter with Ries’ 15-yr-old son in February. The boy was walking with a friend into his backyard from the driveway when Coulter shouted at them that the next time he saw the white dog, he was going to shoot it in the head. Coulter made disparaging remarks about Ries’ wearing her military uniform, and in a pattern reminiscent of bullying neighbors made numerous threatening remarks about their “Afghan” dog. Ries felt the local authorities neglected to take action to her reports of threats prior to the April 12 shooting.

Coulter has not been arrested or charged with any criminal offense in Toby’s killing, and the situation in Wilson County has become controversial. The Sheriff’s investigator reports this as a case of “self-defense”, and their office delayed providing a report with any detail. The initial report was only three lines long, and did not mention that Coulter smelled of alcohol, a critical fact since Texas law forbids discharging a gun when under the influence. The results of necropsy performed on Toby indicate the dog was over 20 feet away from Coulter when shot, the dog was immobile at the time, and he was facing away from Coulter. I have reviewed witness statements from observers who report the trail of blood was only in Toby’s yard, and nowhere near Coulter’s property or the locked gate that separated the yards.

A San Antonio attorney, Robyn Katz, has stepped up to help Toby’s family. Rachel Ries wants a fair investigation. Because the Sheriff made prejudicial statements favorable to Coulter to the local media that could taint a jury pool, they are seeking a Grand Jury hearing in another county.

To follow this story go to Toby’s Facebook page “Justice for Toby” and hit LIKE. Almost 20,000 people have signed a petition at thepetitionsite.com asking that Wilson County provide justice for Toby and protect his human family from further harassment.

We hope that the telling of Toby’s story will create a climate of change for how we treat animals, not just in Wilson County Texas, but throughout this country. Animal cruelty laws need to be taken seriously and strictly enforced. No one should be allowed to maliciously kill someone else’s pet or a stray animal. Rachel would like to see Wilson County move forward with building the no-kill shelter that local taxpayers and rescue volunteers support. Toby’s rescue and journey home from Afghanistan was particularly heart wrenching and dramatic, but every homeless dog has a story and a sweet forgiving heart that yearns for a place like home. 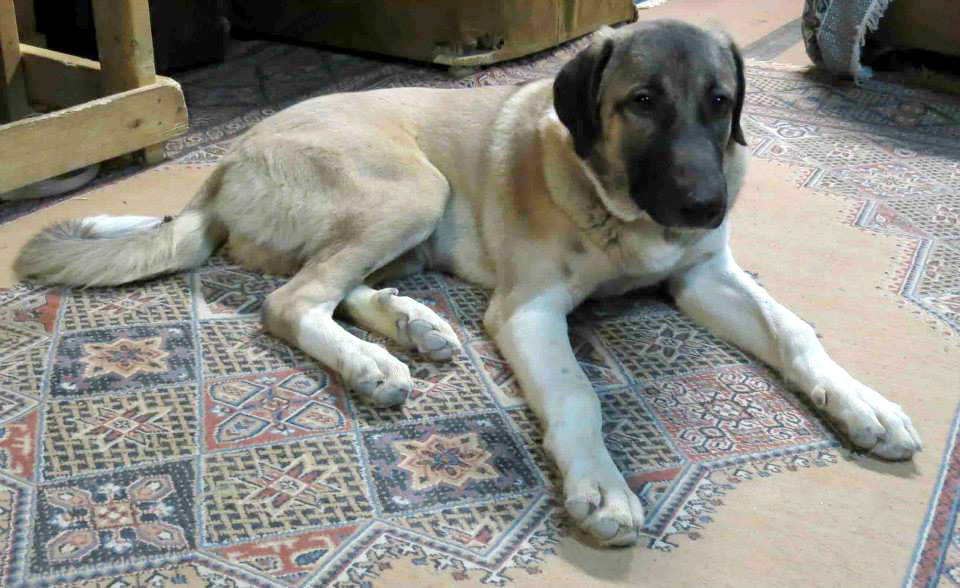