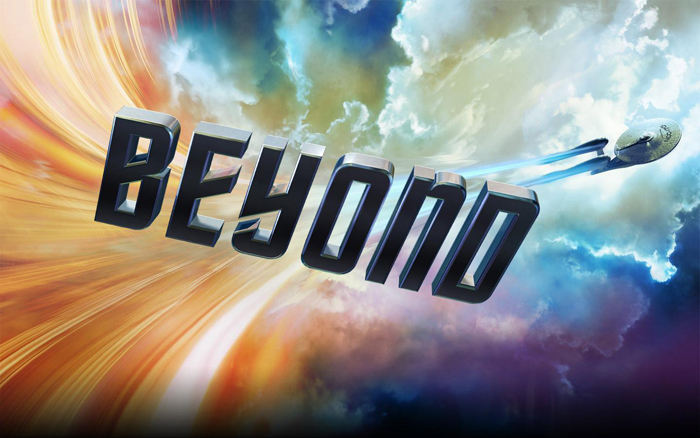 After director J.J. Abrams’ exit from the “Star Trek” franchise and his commercially and critically successful helming of Disney’s revitalized “Star Wars” movie saga, it’s easy to see why director Justin Lin (“Fast and Furious” movies) was handed this 13th entry in the Trek series. Lin is an accomplished stylist with a strong bent for creating extended set pieces of potent visceral action. However, I was disappointed in the way the fight sequences were filmed. It was hard to follow the action since the fights were filmed close-up with a hand-held and shaky camera. Most of the time, I had no idea what was happening. Personal confession here, I’ve never been a big “Star Trek” fan and never was addicted to the vintage TV show. Hardcore fans of the series and movies have shared with me their disappointment in this latest entry in the “Trek” chronicles, especially the climactic ending. This time around the action takes place after the Enterprise and its life-saving pods crash land on a hostile planet.

Even though I’m not a fan-boy, I did appreciate how we in the audience get to know the continuing facets if the main players that were in many ways established in the original TV series and nicely maintained in the subsequent feature films, especially the two directed by Abrams. 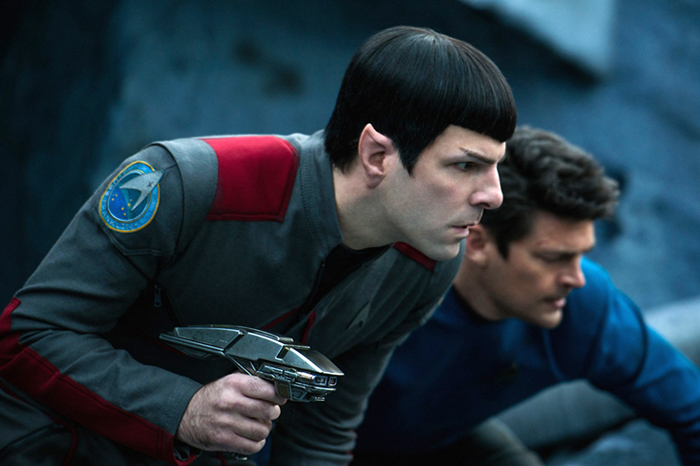 I guess I was hoping “Beyond” would advance the theology of the Trek universe. I wanted to better understand the greater forces at work and how it impacted the humans passing through. The movie actually begins with Kirk and Spock each having a personal existential meltdown. Will the quirky crew ever be truly united team again? Is Spock seriously considering abandoning the Enterprise for an esteemed position as an elder statesman on Vulcan? If there’s a message in this movie, it’s that teamwork wins against great odds. But nowhere did I feel that I was going where I had never before been and that’s what I most wanted from “Beyond.”

For me, the best thing about this latest entry in the ongoing Trek adventure was enjoying it at the newly refurbished Mary Pickford Theater (Cathedral City) operated by D’Place Entertainment. The new multi-projector “Barco Escape” upgrade creates a sensational viewing experience that is highly immersive. As the three automated screen panels merge into an ultra-wide format, the on-screen action suddenly floods one’s entire field of vision – including peripheral — with an utterly convincing and unique power. Recommended. 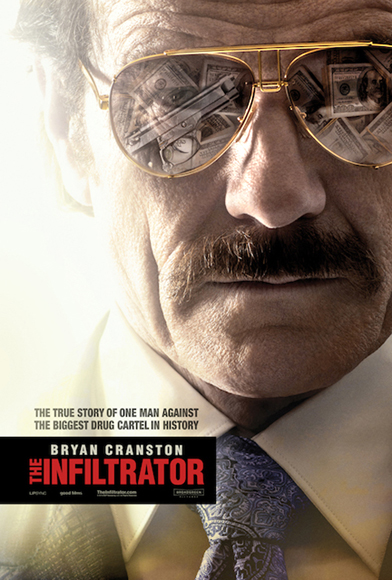 After dumping his popular and iconic role of drug manufacturer and dealer Walter White in the hit TV show “Breaking Bad,” Bryan Cranston plays a character neck deep in the drug trade but this time as real-life federal undercover agent Robert Mazur. The movie’s based on Mazur’s popular memoir about the planning and execution of a bold and dangerous sting intended to bring down Pablo Escobar, the FBI’s Most Wanted Man (circa 1986).

This is a dark and nourish but showy performance piece for Cranston, and he is fun to watch since he’s at the center of all the action and drama. I did find it a bit hard to follow the complexities of the plot but I chalked it up to a murky screenplay. Cranston’s character has to deal with his wife’s understandable demands that he retire but we see that the strong allure of pretending to be a powerful money launderer with all the perks (clothes, cars, strippers, big wads of cash and a young blond fiancée) is just too much to give up. It was the internal moral struggle of Mazur that most held my interest.

I was riveted when Mazur decides to “follow the money” and creates a money launderer named “Bob Musella.” I’m still not clear how Mazur set it up but amazingly he worked his way through various levels of Escobar’s cartel to put their enormous cash in the Bank of Credit and Commerce International. And somehow, Mazur arranges for everyone to believe he’s a money launderer without a portfolio. Spycraft details are employed to smooth over some plot complexities, but the film zips along mainly because Cranston’s focused energy as Mazur never lets up. 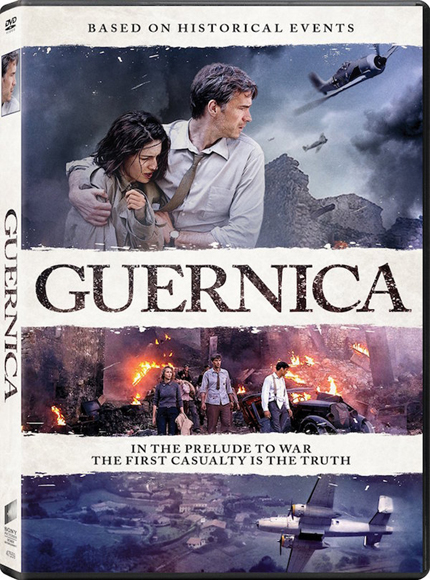 Guernica was shot on location in Spain and brings to life the tragic events immortalized in Picasso’s famous painting. This fine film is based on the historical events of the bombing that set the stage for World War II. Sony. DVD. 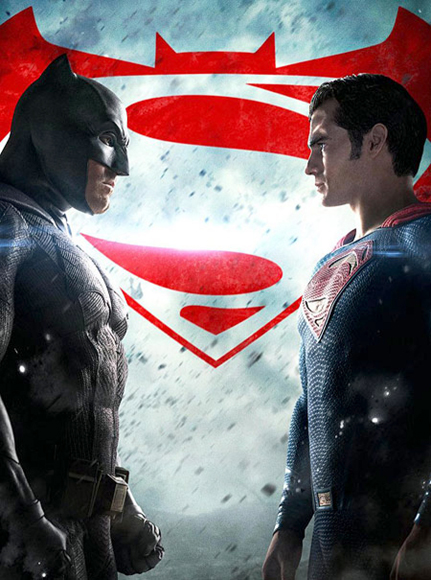 In Zack Snyder’s “BATMAN V SUPERMAN: DAWN OF JUSTICE,” humans are goaded into fearing the actions of a god-like Super Hero left unchecked when Gotham City’s own formidable, forceful vigilante takes on Metropolis’s most revered modern-day savior, while the world wrestles with what sort of hero it really needs. And with Batman and Superman at war with one another, a new threat quickly arises; putting mankind in greater danger than it’s ever known. This special edition extended R-rated cut for home video includes an additional 30 minutes of story and action not seen in theaters. I felt the story and emotion in this great-looking edition were were more fully developed and significantly more satisfying. The combo-pack includes the extended Blu-ray and the 3D theatrical cut of the feature film as well as a DVD. The 4K transfer is stunning and the 3D is crisp and subtly dimensional. Ban Affleck is a determined Batman and Henry Cavill is just about perfect as the man of steel. A standout is former Miss Universe Gal Gadot’s Wonder Woman. I loved the relevant and omnipresent theological dilemma embedded in the story about the nature of the god we choose to worship and those who represent him (or her). Watchable extras included: “The Warrior, The Myth, The Wonder. Accelerating design: The New Batmobile, “Superman; Complexity & Truth,” Batman: Austerity & Rage, Wonder Woman: Grace & Power,” Batcave; Legacy of the Lair,” The Might and the Power of a Pinch,” The Empire of Luthor,” and “Save the Bats.” Warner BROS. Blu-ray 3D.