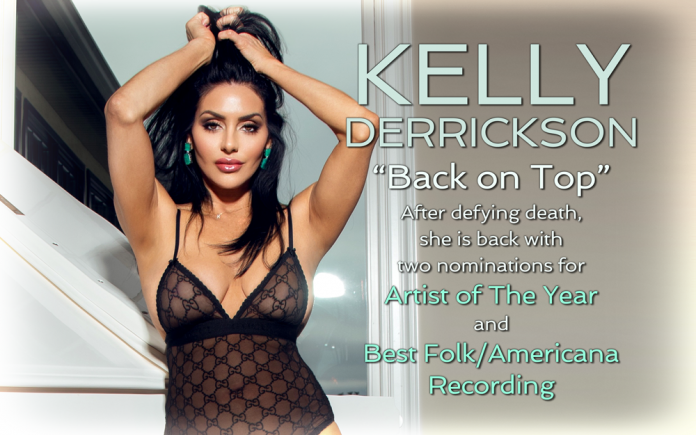 Kelly Derrickson was born into the WestBank First Nations Tribe in Canada, award-winning singer/songwriter, but has made her primary residence in the Coachella Valley. The daughter of Grand Chief Ronald Derrickson, Kelly has been raised with a unique perspective on her culture and an ingrained desire to use her abilities to spread knowledge, truth, and resistance for the betterment of Indigenous peoples and the environment. Over the years, her family has achieved great success in business, real estate, politics and philanthropy which has given Ms. Derrickson a strong foundation and equipped her with the drive and resilience to strive for excellence and overcome physical and emotional hardships that could have not only ended her career, but her health and possibly even her life. Over the past couple of years her path has been rocky and at times the future seemed bleak. Throughout every challenge set before her, she continued to put in the work to recover and has come out shining. 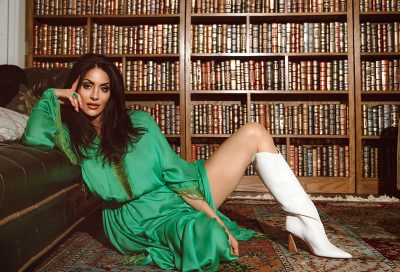 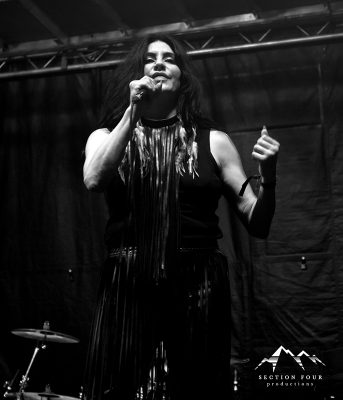 Kelly’s most recent nominations have resulted in renewed interest in music from the album I Am. It climbed to the number #11 spot on iTunes Country Music list above Chris Stapleton and hit number #70 in all categories on iTunes.

Derrickson: “I couldn’t believe it after all of this time! I think the success of this music is really about the content itself. The content is about my heritage and my people and the issues that we have dealt with in the past and currently which are social, economic, environmental, and beyond.” 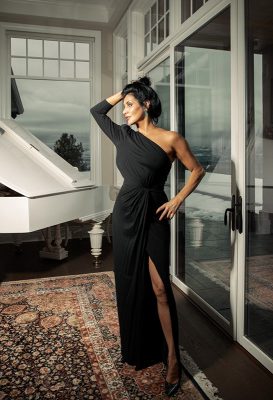 Derrickson continues: “It’s called, ‘I Am’ which means, ‘God’ or ‘Creator’ and it has to do with the concept that, whatever you say after, ‘I Am’ essentially manifests whether it’s positive or negative. In these difficult times, I feel that this message is especially important. I really wanted to write this because so many people, not just Indigenous people but all people in general and especially women are dealing with so much self-consciousness the way we put ourselves out there. The dialogue we have going on in our heads as people can be toxic.”

Derrickson continues: “We need to start talking better to ourselves and teach our children to do the same so we can lift each other up. That’s what I wanted this album to be about. As a whole, I believe that we are all interconnected and through our veins and through our blood and this energy system so that if we all stepped it up and sent out vibes of love, love and more love…that energy will transmit throughout the planet. It’s about taking care of Mother Nature first through ourselves and that will transcend to the earth itself.”

CVW: “Can you speak to some of the subjects you address in your songs pertaining specifically to the issues that Indigenous peoples are dealing with and fighting for?”

Derrickson: “Yes, of course. ‘I Am/Mother Nature’ is about the planet. In other songs I have tried to bring focus to MMIW (missing and murdered Indigenous women), the residential schools in Canada and all over Turtle Island, suicide and the battles over oil pipelines and ongoing injustice that lead to economic issues and general turmoil. You know, we are the Native people of the land but only inhabit 0.02% of it. Those treaties were broken a long time ago. My dad has written many books about these issues and he is on his fifth book now. What he does through his politics and activism which he has dedicated his whole life to, I do with my music.”

CVW: “I know that during the past couple of years while literally everyone has somehow been affected by the pandemic, you went through some serious personal struggles with your health that you have had to overcome in order to get back to work. How did you get through it all?”

Derrickson: “Actually, I’m still getting through it. I had spinal cord surgery during the pandemic. I didn’t even realize that I had a spinal cord injury that resulted from a car accident 15 years ago. I was told that I had 2 months before I was going to be completely paralyzed and bound to a wheelchair, so Benny and I flew to Germany for emergency surgery. Through this transition, I literally had to learn to walk again. Suddenly, nothing else mattered and life became simple. This is when I learned that there is true beauty in our suffering and in our healing.” 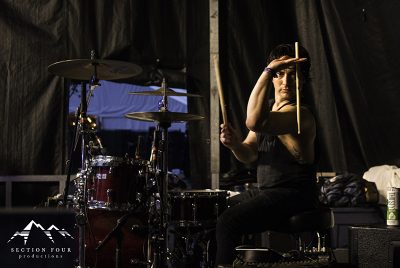 Derrickson spoke to me at length of the undying support of her partner in music and in life, Benny Cancino who has supported her in countless ways throughout all of the trials she has endured. A well respected and uber talented drummer, Cancino is an exclusive drummer for Kelly and comes from a family with a rich legacy of music in the Coachella Valley. He plays with the famous NFL player-turned country crooner Kyle Turley of the New Orleans Saints and Los Angeles Rams, as well as several local cover bands. 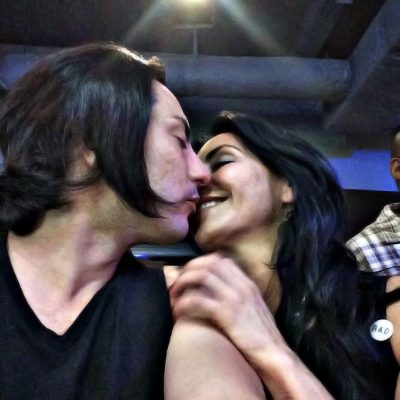 It’s heart-warming to be in the presence of two people who are very in love with each other. As he an integral part of her life, but also her latest album, it seemed fitting that I chatted with him as well.

CVW: “Kelly is so proud that, along with a few other writers on certain songs, you two wrote this album together and recorded it in Nashville. What was that experience like for you?”

Cancino: “When we first worked together at a gig in the Toronto area, Kelly told me about some ideas she had for the record she wanted to record and she had planned a timeline and was really looking to collaborate. The whole thing was a process that I had never really experienced but I have learned that there is really no orthodox or ‘right or wrong’ way of putting something like this together. Whatever it takes, all avenues are different. It’s really about the results. For this record, Kelly had put together a cool team of writers and a great producer named Chip Martin and she told me we were going to go down to Nashville and hook up with these people and write a record and we have a month to do it…And it was a pretty cool process because we worked on the ideas with the songwriters and musicians who all pitched in through the songwriting process and things started molding and shifting and coming together. It’s really an opportunity for everyone to throw their ideas together to make the magic happen.”

Cancino continues: “I was really proud to be a part of the writing process and have definitely learned a lot from it.” 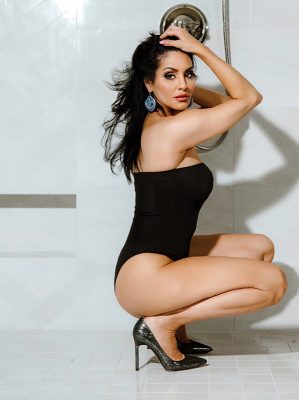 CVW: “Kelly, back to you. I know that these nominations mean a lot to you not just for the acclimations and notoriety (although those are great), but for the opportunity of reaching people with the messages you want to send and the stories that you want to tell. Can you talk about that?”

Derrickson: “You know, I always wanted to sing from the get go but honestly, for years I struggled finding my place. I started with opera training and did everything from rock and metal bands to pop and musical theater. Then, after releasing ‘Idle No More’ I got a message from a man. He said that he had been depressed for a long time and was very suicidal and planned on killing himself and after watching that video helped him change his mind and he told me that he was going to, ‘Get down there and fight for his people.’ So, that’s why I do what I do. My grandmother always said, ‘You’re only as good as what you give in this life.’ So if you can’t give anything, what’s the point?”

Kelly and Benny are looking forward to dropping their third album, currently in progress.

Vote for Kelly Derrickson for the NAMAs: https://nativeamericanmusicawards.com/official-2022-voting-ballot

Kelly and her music are available on many platforms: