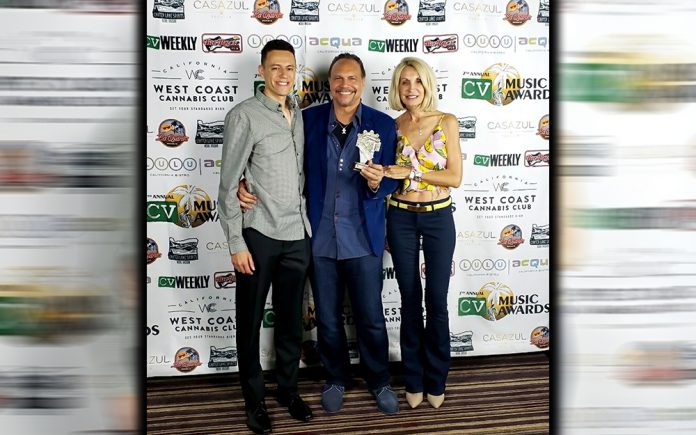 It’s astonishing that the 2019 CVMA for ‘Best Adult Contemporary’ artist is Kevin Henry’s first music award after 40 years of performing in the Coachella Valley. Although the list of nominees is impressive, Trio NV, Calista Carradine, Gina Carey, John Stanley King, Michael D’Angelo, Frank D’Salvo, Patricia Welch, Keisha D and Barry Minniefield, it’s equally remarkable that one of the hardest working men in the desert has not received more accolades. Along with his lovely wife Dodi, they own and operate the immensely popular restaurant and night club The Nest on 75188 Highway 111 in Indian Wells, California. Henry performs every Sunday and Monday from 7:30PM to midnight and Wednesday through Saturday from 7 to 8PM. 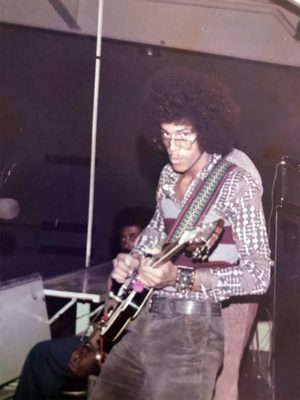 Originally from Detroit, Michigan, Henry stands out as one of the Motor City’s highly talented entertainers. From the Motown sound of the sixties, to the gospel soul of Aretha Franklin, to the rockin’ hits of Bob Seger, and the sultry Jazz of Anita Baker, Henry’s repertoire and passion for music has brought him both critical acclaim as well as popular success. Deeply involved with music since childhood, Henry studied guitar at age 13 with yet another Detroit success story, Earl Klugh, who encouraged him to play music throughout high school in several local bands. Henry continued his music studies at the University of Michigan and at Boston’s prestigious Berklee College of Music where he received formal training in composing, arranging, voice, and keyboards, and emerged a proficient, well-rounded musician.

After relocating to the Palm Springs area with his mother CeCe Grant, a talented entertainer who had performed all over the world, Kevin began performing with her in major hotels and nightclubs throughout California. However, it was when he hosted a Sunday night jam session at a local nightclub, that Kevin started playing his music with many of the area’s best musicians and put together his own bands including Tonal Eclipse, SavoirFaire, and Jumpstreet. Kevin and his bands have performed all over the world in luxury resorts, on prominent cruise ships, in Las Vegas casinos, and at the legendary Palace Nightclub in Hollywood. 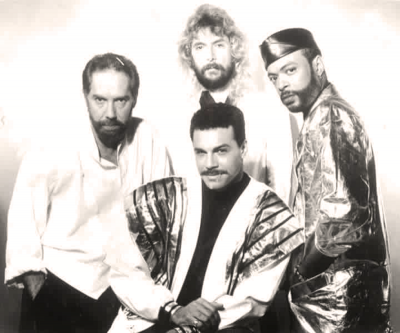 Throughout his career, Kevin has had the opportunity to perform with many of the industry greats. Famed Jazz guitarist, Phil Upchurch recognized Kevin’s full musical potential and utilized his vocal, keyboard and writing abilities on his record Revelation. The album includes two of Kevin’s original compositions, “When and if I Fall in Love,” and “Light of Love.” Also, as a keyboardist and vocalist, Kevin backed British recording artist Robert Palmer on his Super Heavy Nova Tour throughout Canada and the United States. Now, Kevin brings his musical expertise to entertain the guests at The Nest.

Coachella Valley Weekly spent some time with Henry after a long night of performing.

On His Musical Philosophy

“I toured with Robert Palmer in the 80’s as a member of his band. We rocked. What I loved about Robert was that he was very eclectic. He could perform all genres. He was influenced by all the R&B singers like Otis Redding. It’s the same thing down here. People just love the music they know. So we mix it up. We do the 50’s to the 90’s and up to current stuff and as long as it’s upbeat and fun they love it. You keep it fun with songs that people know and everyone has a good time. Whether it’s a venue of 25,000 people with Robert Palmer or if it’s 25 people on a slow night you got to give it the same effort. As long as you’re willing to do that and have fun doing it then it never gets old.”

“Nicholas just graduated from UCLA. He and his brother started their own music business in Los Angeles. They’re part of Drake’s management team and now they’re doing stage production and personal management; a lot of different things. It’s great they’re all working together.”

On ‘Kevin The Circus’ 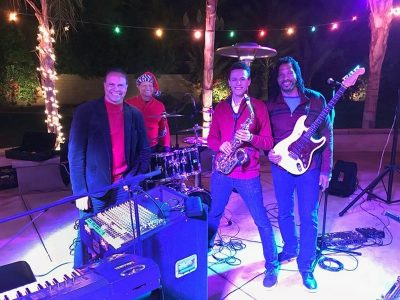 “The Nest goes 7 days a week. Somebody once said, ‘I don’t go to the circus, I am the circus!’ It’s crazy here every single night. Even though it’s Monday, the dance floor is full and everybody is partying like it’s Saturday. It never stops. We were busy all summer with Canadians. When the beach gets its June gloom we get the San Diego/Orange County people all summer long so it never really slows down.”

On His Special Guests

“We’ve had Michael Bolton and Taylor Dayne get up and sing with us. Jack Jones comes in all the time. We had Tommy Thayer from KISS come up and jam on guitar. KC from KC and the Sunshine Band got up there. It’s just fun stuff all the time. I always tell them, no pressure. Here’s the mic, I’m not going to ask you to come up but if you get inspired to come up here’s the mic and 9 times out of 10 they get up. We even had Too Short get up and rap one night. I’ve had Drake, The Weeknd and G-Eazy in here, it’s crazy the scope of people that come through here.”

On the Time Machine of Music

“That’s the beauty of music; when you own a restaurant the business side is hard but when I’m performing I’m in my happy place. For me, I call music the ‘time machine’ because you realize that every song you play takes your audience back to when they heard it first. Tonight, I was playing Creedence Clearwater Revival and it took everyone back to that moment. That’s what keeps me going.”

“I’ve been singing down here for 40 years. You can’t have a favorite if you’re doing it every night, you have to love it all. Whether I’m doing Frank Sinatra, The Weeknd or Bruno Mars, you gotta love it all and you gotta give it your all.”

On His Mother Ce Ce Grant

“I started with my mom CeCe Grant. She’s the reason I’m here. She sang at all the hotels and clubs down here way before me and sang for Sinatra and Bob Hope. She worked at the Gene Autry Hotel and all the great venues back in the day. She’s the reason I came here. The Evaros’ uncle Charlie was her drummer. We go back generations with that family.”

“Kevin and I go way back. When I was 17 years old I was watching he and his mom CeCe Grant perform. I went on to back CeCe Grant at one point. She was a wonderful lady. The fondest memory I have of Kevin is his Sunday jam sessions at Ruben’s in Palm Desert. They used to have some amazing impromptu sessions and we used to wear these long jackets from the Howard Jones era. He comes from a beautiful family. I have a lot of love for both of them. His kids are doing great things in music as well. With his kind of quality in the desert we can continue to have a really great existence.”

Henry emphatically shared that without his mother he would not be where he is today. CV Weekly congratulates Kevin Henry on his CVMA win for ‘Best Adult Contemporary’ artist.