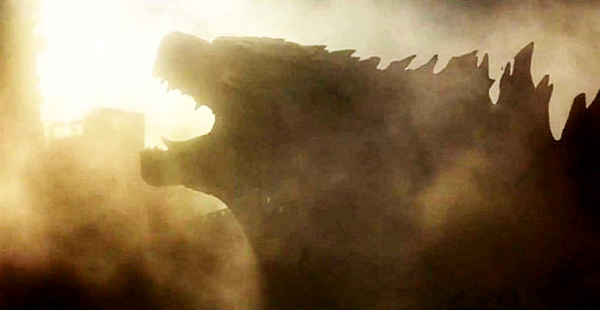 In 1954 King Kaiju first stomped his way into our collective cinematic consciousness. Sixty years and 28 incarnations later, Gareth Edwards and Legendary Pictures deliver an origin story that incorporates a contemporary sensitivity with cutting edge technology that does not betray all that has gone before with the mighty Gojira. Simply put, this GODZILLA is spectacular and satisfying. As stunning as it is, it has soul. It’s rare when a movie’s trailers and posters create unwieldy expectations that are in fact exceeded by experiencing the film itself.

From the eye-popping opening to the unforgettable finale, this monster movie — though not message-laden — dabbles with some big concerns, notably nuclear power and environmental collapse. With all the spectacle, we remain rooted in the real world with an emphasis on human emotions. I was surprised at the attention to the character arcs of the human characters and really enjoyed Bryan Cranston’s hyped-up Joe Brody, a nuclear facility worker who realizes the recently uncovered monsters crave radioactive energy. There’s a nice moment with Joe and Sandra Brody (Cranston and Juliette Binoche).

The significant cast includes Bryan Cranston, Elizabeth Olsen, Ken Watanabe, David Strathairn, Juliette Binoche and Sally Hawkins. They are all fine, but the character who gets the most screen time and with whom we identify is Aaron Taylor-Johnson as the Brody’s adult son after a 15 year jump from the opening scene. 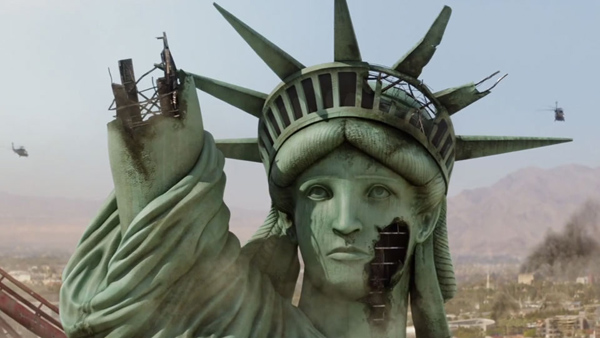 I’m not going to recount the plot here, but in many ways it reflects the serious and rather grim structure of the 1954 film (now available in a restored version from Rialto). There’s a lot of cinematic foreplay in the first half before the big action, but know that when the monsters finally wreak havoc and do battle, you will get your money’s worth. The 3D version was formatted in post-production and looks good but the extra dimension is not necessary. However, the deep bass rumble of the beasts’ roar will rattle your solar plexus in either version! The sound mix is terrific. This apocalyptic story plays with movie myths as much as it does religion and belief. There’s a lot we don’t know and a lot to fear regarding the future. We go to movies to not only be thrilled but to safely face those fears. Whether you notice or not, visual metaphors are the life-blood of big summer tent pole films. After all, Godzilla is part Savior and Destroyer. Now playing at Cinemas Palme d’Or. 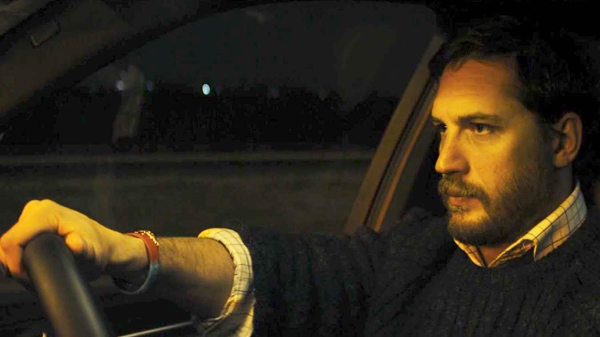 LOCKE
Thom Hardy is a marvel in this suspenseful, dramatic one-man show! Writer-director Stephen Knight has fashioned a clever story about a man making crucial a night drive from Birmingham to London. The movie unfolds in real time and the always-compelling Hardy — a master of tiny gestures, expressions and inflections — is the only face on screen. Hardy is Ivan Locke who must make important, difficult, decisions on the most important night of his professional and personal life. His whole world is at stake — his job, his marriage and family and perhaps his very soul. Other voices participate in the drama as he drives and chats — using a soft Welsh accent — on his car phone. The movie was a technical and creative challenge. It was rehearsed for a week and shot over five days, from beginning to end, three times a night for five nights. Multiple cameras were set up inside and on the car and the other actors participated via phone from a hotel room. The cameras were operated remotely. The final results were edited into a thrilling drama that may not sound engaging but is in fact absolutely riveting. Don’t miss this one. Now playing at Cinemas Palme d’Or. 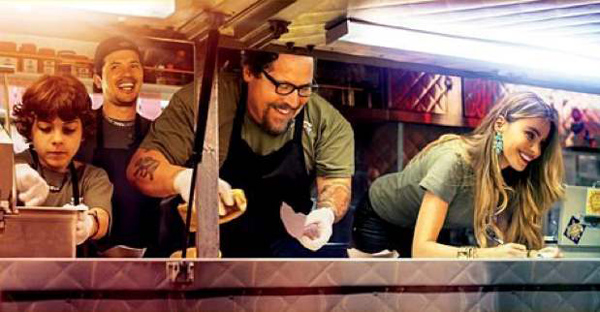 CHEF
If memory serves, Jon Favreau’s last directorial effort was COWBOYS & ALIENS, the cleverly titled but commercial and critical big-budget fail from the summer of 2011. With his new film, the low budget, indie produced CHEF, he’s returned to his small film roots with a zesty, feel-good movie in which he plays Carl Casper, a chef at a trendy eatery who loses his job and reclaims his life via a food truck and its Cuban menu. The great cast, besides Favreau, includes Sofia Vergara, John Leguizamo, Dustin Hoffman, Oliver Platt, Scarlett Johansson and Robert Downey, Jr. Most have brief but memorable moments. The Latin flavored score is a perfect match for multitudinous, mouth watering on screen food preparations. There’s something about seeing succulent dishes served on the big screen that creates not only a visceral reaction, but also a lot of good will in the audience. The movie’s a tad long and if you think about it too much, there are a number of unanswered questions and vague plot holes, but so what? It’s a charming film with a terrific Latin flavored score. The underlying theme is about how doing what you have a passion for can save your life. The last third of the film finally gets on the road and serves Tweet alerted customers, thanks to Carl’s semi estranged young son along for the ride, from Miami, through New Orleans, Austin to Venice, California and a happy ending. Now playing at Cinemas Palme d’Or. HER
Part cautionary fable, part love story, and part sci-fi fantasy, Spike Jonze’s decidedly quirky comedy is about a lonely misfit (Joaquin Phoenix) who falls in love with his smart phone’s operating system voiced by Scarlet Johansson. It’s funny, sad and scary with the notable addition of odd, high wasted wardrobe for Phoenix. No doubt his first use of Apple’s Siri was an inspiration for Jonze when writing the screenplay. But the deeper theme seems to be that our desire to connect in our hi-tech age, can in fact separates us. Or as Alexander Graham Bell said in the first phone conversation, “What hath God wrought.” Nice production design hints at a sterile but bright future (it was partly filmed in Shanghai). The disc has a trio of interesting featurettes. Warner Bros. Blu-ray.

Correction: Last week’s column incorrectly identified MALEFICENT as not from Disney. It is indeed a dark, atypical Disney film.