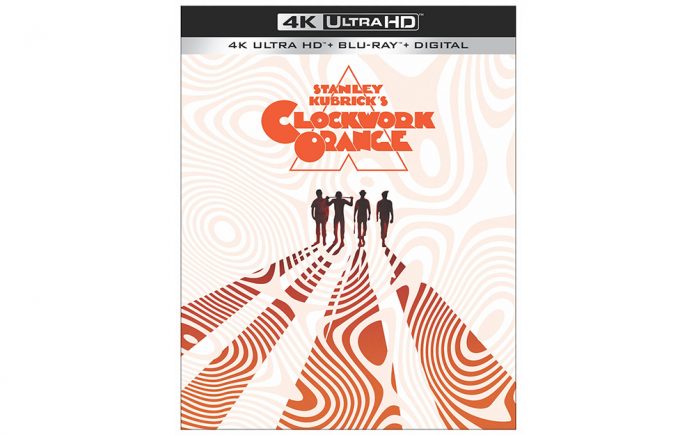 Set in a dystopian future England where derby-topped street wise punk Alex (Malcolm McDowell) and his “Droogs” has have their fun at the expense of others.  They spend their nights at the Korova Milkbar before setting off on a spree engaging in “little of the old ultraviolence” while joyfully warbling “Singin’ in the Rain.” 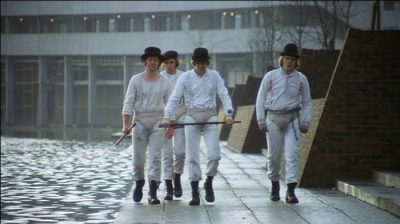 After Alex is jailed for bludgeoning the Cat Lady to death Alex submits to a behavior modification technique to earn his freedom, he’s newly conditioned to abhor violence.  Returned to the world defenseless, Alex becomes the victim of his previous victims.

Alex’s journey from out-of-control amoral hooligan to a brainwashed “proper” citizen and back again drives the bold arc of master Stanley Kubrick’s filmmaker (he wrote and directed) shocking masterpiece that still has the power to seduce on the 50th anniversary of it’s original release. 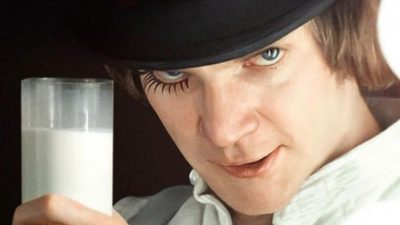 In 2020, the United States Library of Congress selected this film for preservation in the national Film Registry, finding it “culturally, historically, or aesthetically significant.

In 1973, Kubrick himself, discouraged and disheartened by continuing protests against his movie, bans it in the United Kingdom.  Kubrick’s action was taken after the rape of a Dutch girl at the hands of men singing  “Singin’ in the Rain” as Alex does.  Many considered the ban wise.

The terrific extras were previously released:

Recommended as a worthy addition to your film library. 4K UHD.  Warner Bros.