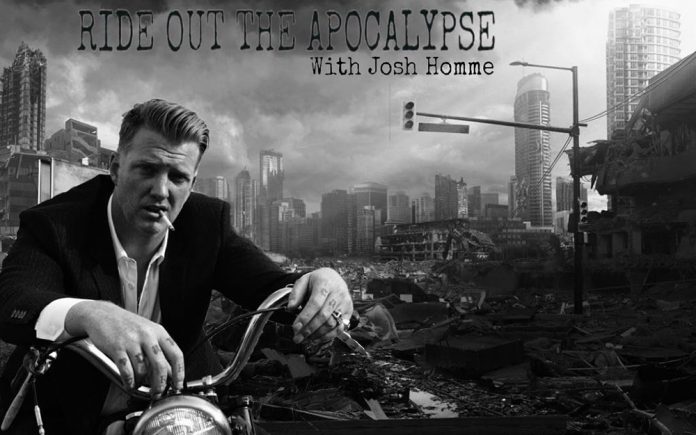 Kyuss World is abuzz about the recent interview with Josh Homme and the revelation of a potential one-off Kyuss homecoming to punctuate the legacy properly. Kyuss Radio’s PJ Boston spoke with Homme by phone for the podcast, now available for free streaming at fccfreeradio.com.

The special episode is the show’s 58th and celebrates the 25th anniversary of the release of …And the Circus Leaves Town, the fourth and final full-length Kyuss studio album. With the help of Kyuss World founder Nathan Lawver, Kyuss World Radio, based in San Francisco, CA, has become a platform for all desert rock music.

Here’s an excerpt from the exceptionally candid hour-plus interview:

On a Kyuss Reexamination and Farewell:

“Kyuss was a band for fans when it existed. My philosophy has always been, never do a reunion, never do a sequel, it’s not ‘what it was’, it’s ‘what it is’. A legacy that’s been the epicenter of a theme, it’s so fragile, like an ice sculpture, I don’t want to be a blow dryer on that thing. With that being said, I was in full support of Kyuss Lives and I would go to the shows and I told them as much. To be honest with you, there have been times I thought, it cannot end that way. You don’t punctuate the end of a band with a lawsuit. And the only real way to end it correctly now, would be to play. They knocked a wing off this beautiful dragon of an ice sculpture and the only way to put a motherfuckin’ wing back on would be to go (sings the intro to a Kyuss tune). I have thought about this especially in the last year to do something special, play and give all the money away, play for the fans. Figure out a way this is how the punctuation will end the sentence of this band. It was never about money. It was never about fame.”

Coachella Valley Weekly spoke with radio host PJ Boston and Kyuss World organizer Nathan Lawver to expound on the interview and the furthering of Kyuss World.

CVW: You did a wonderful job of conducting the interview with Josh. I know this was a lot of work and a long time coming. 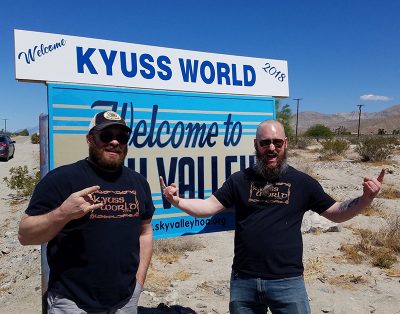 Boston: “A lot of people don’t realize that my show is 100% live and there’s no editing. I am engineering the whole show as I’m doing it. Manning the phone line, producing all content, and all streamed live with no safety net. For this show, everything was perfect! Josh was amazing and engaging. A lot of people are tripping that Josh isn’t conceited.”

CVW: How did you feel speaking to Josh live and uninterrupted?

Boston: “I’m just a big fan. I have interviewed a few artists that aren’t necessarily my favorite, but this one was easy because I am such a huge fan. I know certain things to ask like the subject of Frank Kozick of Man’s Ruin Records and how he was the inspiration for Desert Sessions.”

CVW: How would you like to see Kyuss Radio grow?

Boston: “We like to showcase bands. I haven’t interviewed Chris Cockrell or Alfredo Hernandez yet. I enjoyed the times I interviewed Fu Manchu and Dave Dinsmore, I would love to keep it going.”

CVW: In your opinion, what has to happen next for this potential decisive Kyuss show to take place?

Boston: “I think Josh is being sincere. He put the ball back in the other guys’ courts. Now that Josh said he would be open to it, we have to see if the others are. I think Scott Reeder would play in 5 minutes. Brant, John and Josh would need come to an agreement. If it happens, I’m gonna be there!”

CVW: The live interview with Josh Homme was great to listen to and seemed to go off without a hitch. It’s what was expected from the down-to-earth desert musician. 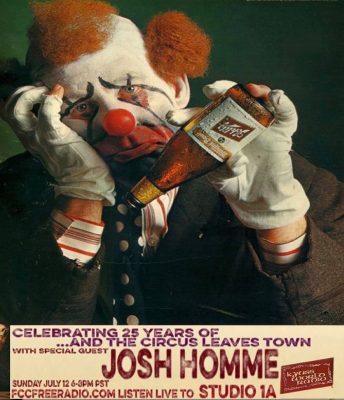 Lawver: “Josh obviously still has a lot of love for Kyuss, for ALL the players involved and for the desert rock scene. Hearing him speak fondly of the origins of Kyuss and developing their sound gave me chills in the same way that hearing them for the first time did.”

CVW: You’ve been a Kyuss fan for quite some time. What initially drew you in?

Lawver: “It’s that low frequency wavelength humming from the distance like there’s a Mad Max caravan on their way to annihilate everything in their path. You can hear that sound in the first moments of ‘Thumb’”.

CVW: Kyuss World is now in its 7th year and growing. What is its ongoing mission?

Lawver: “Kyuss World has been around since 2013 with the mission to spread the love for Kyuss and the desert rock scene and bring the fans together from across the globe. Today we can say that we’ve built a huge social media presence, gathered people from all over the world in the desert at events like Stoned and Dusted and at the Sky Valley sign where we had 100+ people from 10 countries and 15 states.”

CVW: Now the off-shoot Kyuss World Radio is creating new followers of the music and your united purpose of celebrating Kyuss and those artists that have been influenced by Kyuss.

Lawver: “Everyone that’s heard Kyuss has felt it, in their souls. After doing this radio show for the past five years and interviewing so many players and fans that is abundantly clear.”

CVW: Josh alludes to a potential return of Kyuss for a one-time live celebration. What are your thoughts on the subject?

Lawver: “Kyuss is alive and well and living in a cave somewhere down in the desert…and these guys still have that opportunity to band together, find that cave and ride that glorious dragon back out into the world for us all to marvel at! If this pandemic has taught us anything, it’s to appreciate your life and the opportunities that it gives you, and not take a single day for granted.” 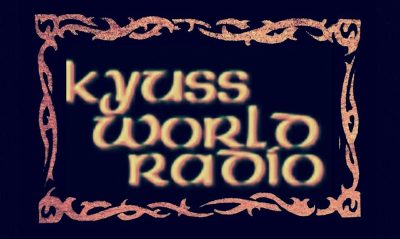 To listen to the entire Josh Homme interview, click here: