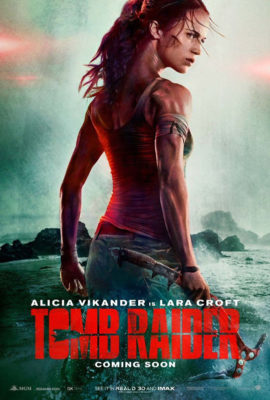 Director Roar Uthaug’s fast-paced and gritty iteration of the popular video game and third installment of the big screen mystical action adventure franchise features a Lara Croft (Alicia Vikandr) that is a tougher, meaner and more relentless Lara than we’ve previously seen in her quest of find her dad or at least what happened to him seven years earlier when he disappeared.

This engaging, pulpy B-movie –that’s a compliment — delivers the promise of the poster.  In the opening scene, Lara speeds through twisty East London as a financially strapped bike courier.  She turns down an opportunity to take control of her dad’s global empire because it would mean he was actually gone and perhaps dead.

Lara defies his final written and video-recorded wishes and solves a series of puzzles that lead her to her dad’s last known destination, a fabled tomb in a mountain on a mythical island off the coast of Japan.

Armed with only her brilliant mind and trusty bow, she forces herself to the limit in an adventure that could impact the future of the world as we know it.  This satisfying origin story literally shows Lara as a fierce and relentless tomb raider of an ancient demonic queen whose body and cause of death may be weaponized by entities within the Croft organization.

Academy Award© winner Alicia Vikander is the best Lara Croft so far.  She owns the beloved character as  she moves with grace and power in all her action scenes.  It’s great to see charismatic costar Daniel Wu interacting with Vikander in a crucial sequence.  See it on one of the big screens in the beautifully refurbished Mary Pickford D’Place Entertainment.  Recommended. 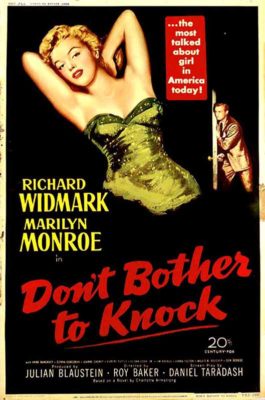 Blonde, beautiful and delusional.  In her first dramatic role, Marilyn Monroe co-stars with Richard Widmark as a demented baby sitter in a Manhattan hotel drawn to a visiting airline pilot (Widmark) she comes to believe is her dead fiancé.  I loved this snappy and tight (75 minutes) little noirish thriller so beautifully photographed in glorious black-and-white by ace cinematographer Lucian Ballard (“The Wild Bunch”). 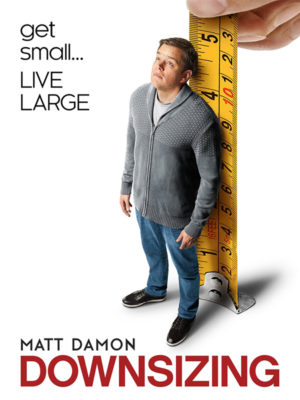 This week I got a colorful multi-fold flyer in the mail from  Tony Dale’s Leisureland Estates.  It looked legit, with a phone number and about a dozen inviting photos touting “America’s #1 Microcommunity.  It took me a few seconds to realize this faux brochure was a clever ploy to draw attention to the home video release of “DOWNSIZING.”

Although Alexander Payne’s movie was pretty much a flop both financially and critically, there are two good reasons to see this oddity about getting small in order to live large.   Those two reasons are the pairing of CV resident Udo Kier and Christoph Waltz as entrepreneurs who have seized opportunities to market  elements of full-size merch to the miniaturize humans.  I hope these two accomplished and popular actors continue to team up in future films. 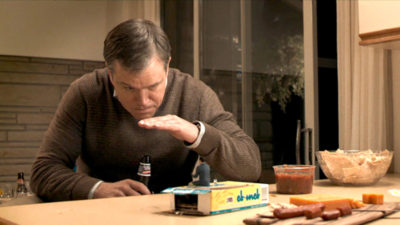 The 4K Ultra HD transfer is gorgeous, but the extras are minimal with a trip to the set of Leisurland and look at the production design and visual effect behind the miniaturized world Matt Damon and Kristin Wiig consider as a future habitat that will ease the stresses and pressures on their lives.  The serious issues underlying the premise of this film are barely touched upon as are the multitude problems of reducing your body mass by 0.0364%!!!  Paramount.  4K Ultra HD, Blu-ray and DVD Combo Packs.