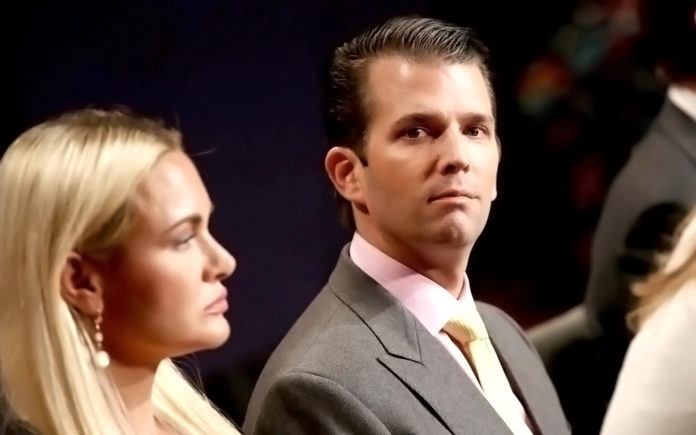 Note: the author has no connection with any member of the Trump family. The following is based on public reports and knowledge of financial issues that commonly arise during divorce.

Can we learn from high-profile divorce cases such as the split between Donald Trump, Jr. and his wife Vanessa Trump, nee Haydon? There are a number of financial issues to consider, whether you’re worth (or expecting to inherit) seven-figure sums or not. No matter what your asset level is, there are good practices to be followed before and after marriage in the event of divorce.

Anyone who has significant assets (or who expects to inherit them) should have a prenuptial agreement (often called a prenup) for their marriage. Prenups usually specify what the separate property is for each spouse. Often, when an inheritance is expected for one or both of the spouses, they would be explicitly excluded from marital property so they can’t be divided in a potential divorce. Although on occasion people who would benefit from a prenup don’t have one, I would expect the Trumps to have it.

There are other types of divorce besides litigation, which usually ends up being very expensive.

The Trumps could choose pro se and file all the paperwork themselves, without bringing lawyers into the situation. Since Haydon has been out of the workforce and raising children, it would likely be to her disadvantage to do this. Hopefully she has a lawyer and a financial professional on her team.

Another option would be mediation. California law requires that any divorce involving minor children go before a mediator first, but New York does not. A mediator doesn’t make any decisions, but guides the two parties to a solution. Each spouse may have their own lawyer, and the mediator may bring in other colleagues such as a Certified Divorce Financial Analyst (CDFA) professional.

Collaborative divorce is a newer alternative, which seeks a positive outcome for all involved (especially children, if any) and involves a number of professionals trained in collaborative work. They often include an attorney for each side, a therapist/coach, a child specialist, and a CDFA professional. The financial outlay for this type of divorce may be greater upfront, but ultimately costs much less than a case that goes to trial.

New York, where the Trump petition for divorce was filed, is an equitable property state. In these states, marital property, which is anything the couple owns together, should be distributed fairly or equitably. Community property states such as California require that marital property be split 50/50, though this does not mean that every asset must be split down the middle.

The couple likely owns a number of real properties. Often the spouse with more parenting time prefers to stay in the primary residence to disrupt the lives of their children as little as possible. The home itself can be transferred to one spouse via quitclaim deed, but usually some kind of financial transaction is necessary for a mortgage to be transferred to one spouse (if not already solely in their name.)

If the spouse remaining in the house is required to refinance the mortgage, it’s important to ensure that they will qualify for a mortgage before the settlement is complete. In the Trumps’ case, this will not likely be an issue, but it can be for other divorcing couples. A spouse who is age 62 or older may be able to use a reverse mortgage to buy out their spouse, but this type of refinancing is not available for younger people.

In some cases one spouse may live in the house (and is often responsible for maintenance and upkeep) while the other continues to pay the mortgage for some period of time, for example, until the children are in college.

Other couples may prefer to sell the house and split the proceeds. This is best done while they are technically still married and meet residence requirements, because then they will be able to exclude $500,000 of capital gain from tax. If one spouse owns the house when selling, they can exclude only $250,000.

The Trumps have spent a holiday together after announcing the split, which may indicate that they are taking their children’s needs during divorce seriously. It’s best for kids not to have parents who bad-mouth or blame each other during the process.

There are now apps to help parents communicate, schedule meetings and appointments, and so forth. This especially helps parents where the split is not amicable, so they can share information as necessary, but still minimize the amount of time spent in the other’s presence.

Since the Trumps have minor children, it’s likely that Donald, Jr. will be paying child support (assuming Vanessa has primary custody or more parenting time). In New York child support stops at age 21, and though there is a calculator that can be used to estimate these payments, the judge has some leeway to adjust this amount. California child support ends at age 18 (19 if still enrolled in high school) and the calculator is used for all jurisdictions within the state.

He will also likely be paying spousal support, since they were married for 12 years in what is considered a long-term marriage. The support can be in the form of a monthly check for some period of time, or it could be in the form of a lump-sum payment or additional property.

As long as their settlement is finalized this year, he will be eligible to deduct the support on his taxes, while she will have to include it in her income.

This tax break encourages the payor spouse to keep up with their payments. However, the new tax law changes go into effect at the beginning of next year (2019), when spousal support will be neither includible nor deductible (which is how child support is treated.)

Not every couple divorcing requires all the services discussed above, and not all couples have similarly significant assets. However, the Trumps have the same issues around divorce that many other separating couples have: how to best help the children through this process, how to divide the assets fairly, how much help the nonworking spouse should have to get back on their feet, and so on.

Divorce can be a painful process no matter what the net worth of the couple is, but there are options that can lessen the pain for everyone involved.