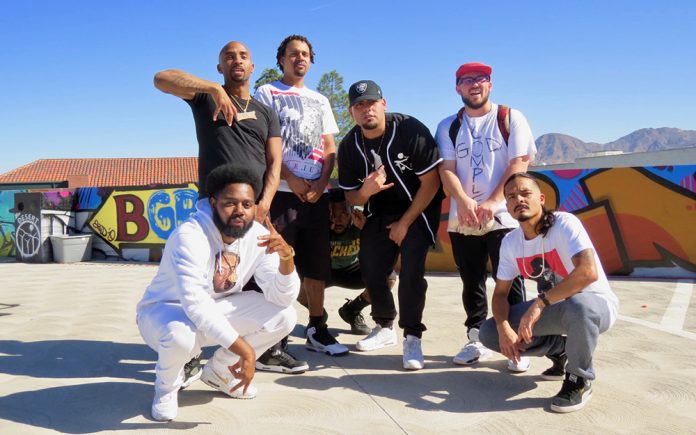 The Coachella Valley music scene possesses a strong following and a tour de force of creative capability across a variety of genres. This was demonstrated on October 26, as the All In Cypher took place at the Westfield Palm Desert mall parking structure behind Macy’s.

The event featured a group of six desert-based hip hop artists coming together to showcase their lyrical rap skills consecutively to the same beat. Each of the artists rapped one minute of lyrics while their supporters watched and enjoyed the show. The musical lineup included performances by Billie Dale, Slum Goddi, MRG, Savier1, Millstradamus, and Lootenant—who also organized the event.

Relocated from Mississippi by Hurricane Katrina, Lootenant has been living in the Coachella Valley ever since and immediately became blown away by the support he received in the pursuit of his musical journey. In an attempt to pay forward the respect and care he garnered from the community, Lootenant created the All In Cypher platform for other artists to gain exposure.

“Our talents are gifts that should be shared with the world. I’m here to make sure that we all make that happen,” said Lootenant. “I always have crazy ideas that I try to bring to reality with the assistance of my team. Both of my recent music videos, “Ghetto Gospel” and “Bag,” are concepts that I dreamt of and went above and beyond to bring to life in my visuals.” 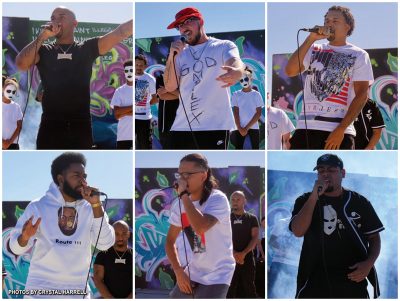 The All In Cypher event was free to the public and filmed by Lootenant’s videographer Khrave to be posted on the artists’ social media outlets. Having an online presence is an important factor in promoting local music, and even played a part in the formation of the All In Cypher.

The event originates back to a freestyle post that Lootenant made in August challenging four other artists from the Coachella Valley to do a freestyle rap of their own. In the caption, he instructed the participating artists to challenge four other people as well. Within two weeks of Lootenant’s first posting, there were over 100 freestyle posts from all around the world under the hashtag #BringYaBarzChallenge. With such a strong response from this movement, Lootenant decided to bring the top five Coachella Valley artists to cypher, or freestyle in turn, with him in October.

“With our hometown being the pioneer of music festivals like Coachella Fest, our local artists need their own platform. I feel like this can unify the local music scene in a way that has never been done before. There’s no battling or beefing involved, just a mutual love for creating music,” stated Lootenant. 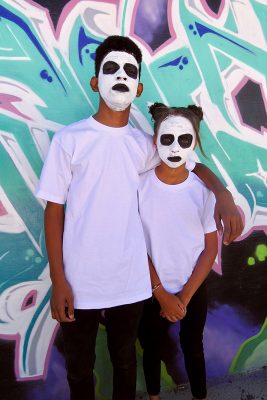 With such a positive response from this All In Cypher, Lootenant and his team are already looking forward to making this an ongoing event. Plans are currently being made to find the next set of Coachella Valley artists to feature in the next cypher, and there will be additional live performances from local artists as well.

“I’ve actually been writing verses since 2005, but it was only recently that I decided to get serious about it after a very hard time in my life. I always used to talk about stuff I thought other people wanted to hear, but that wasn’t me. Now I’m just going to chase my dreams,” said Michael Mills, or Millstradamus, who performed for the first time ever in front of an audience at the All In Cypher event.

Other participating artists might have more experience, but they cannot deny the overwhelming sense of community that the All In Cypher provided.

“It’s important to host this kind of event because it’s essential to what hip hop actually is—the heartbeat of the genre. It’s a very different experience than just listening to music on the radio when you have people rapping with you in a park or out in public. The energy is on a whole other level,” said Sal Gomez, or Savier1, who has collaborated with other desert artists and dabbled in a variety of different genres outside of hip hop over the years.