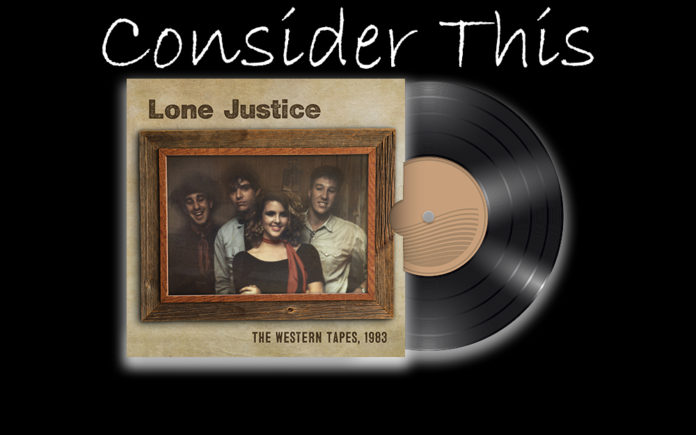 The Los Angeles music scene that thrived in the late ‘70s and early ‘80s was as sprawling and disparate as the cosmopolis itself. Punk Rock originated in New York City and exploded in England, but it truly flourished in L.A. From the chaotic nihilism of the Adolescents and the Germs, the Skinny tie Power Pop of the Knack and the Plimsouls, the Punky Roots Rock of the Blasters and Los Lobos, the Rockabilly swagger of the Kingbees, the tribal Psychobilly Blues of the Gun Club and the shambolic Rhythm & Blues from Top Jimmy & The Rhythm Pigs. They all took their cues from Punk’s D.I.Y. playbook.

Into this musical melting pot came the incongruous mutation of Cow-Punk. On paper, the idea of merging the “aw shucks” sincerity of Country with the snarly anarchy of Punk seemed like an improbable amalgam. But in reality, it was a pretty astute alliance. Back in the day, Hank Williams, Sr. and Johnny Cash were just as Punk Rock as Sid Vicious and Dee Dee Ramone.

In 1982, musician Marvin Etzioni stopped by the Hollywood Punk club, Cathay de Grande. Ryan Hedgecock and Maria McKee came on stage and played half a dozen Country covers. Marvin was astonished by their symbiotic harmonies and vocal prowess. The duo bypassed the homogenized Country that currently topped the charts and dug deeper, pledging allegiance to the raw rurality of George Jones and Hank Williams, Sr.

Marvin had been introduced to Country as a kid by his beloved Grandfather. He sang and played drums in his high school band, Prudence Goodbody, and a few years later he fronted the band The Model, a Punky/New Wave outfit that shared stages with like-minded acts like the Plimsouls and the Motels. Maria McKee also grew up in Los Angeles, the half-sister of Bryan MacLean, who was an integral part of the seminal Psychedelic ‘60s band, Love. Before he hooked up with Maria, Ryan honed his skills in the band Bedrock. As a duo, they had been performing together for a while when they connected with Marvin. He suggested they start writing their own songs.

When Maria and Ryan added bassist Dave Harrington and drummer Don Willens to the mix they became Lone Justice. They contacted Marvin and he attended a few practice sessions before agreeing produce a record. Marvin, Ryan and Maria developed a clutch of original songs that showed real promise, but the original line-up with Dave and Don was short lived.

Pretty quickly, Marvin and ex-Hot Band drummer Don Heffington had taken their place. Lone Justice really began making a name for themselves around town. Soon they counted Dolly Parton, Linda Ronstadt, Tom Petty, and assorted Heartbreakers as fans. Major labels came calling and the band signed with Geffen. At this point, the buzz around the band was deafening.

Still, the record garnered critical acclaim and Lone Justice was invited to open U2’s “Unforgettable Fire” tour. Unfortunately, none of that exposure translated into sales. The consensus was that Lone Justice was too Country for Rock and too Rock for Country. Ryan, Marvin and Don quit the band and Maria recruited new members for a sophomore effort, 1986’s Shelter. But by 1987, that incarnation hit the skids.

Maria pursued a solo career with mixed results, Ryan mostly left music, returning briefly with the duo Parlor James. Don Heffington became a successful session drummer and Marvin recorded solo albums under the guise Marvin The Mandolin Man. A multi-instrumentalist, he literally became a one-man Wrecking Crew, playing on, and producing a plethora of essential albums. Most recently, he teamed up with Willie Aron of The Balancing Act as Thee Holy Brothers. In 2016 they created My Name Is Sparkle, a spiritual song cycle that was favorably compared to George Harrison’s All Things Must Pass and Pete Townshend’s Who Came First.

The lyrics mine the classic Country conundrum: suspected infidelity. The first couplet cleverly sets the scene; “Steaks are getting cold on the table, I’ve got the TV on to ‘That’s Incredible,’/In the yellow oven is hot apple pie, so why isn’t he home on time?” Maria’s voice is a force of nature, yowling one minute, purring the next. She and Ryan trade verses like a Punktastic George Jones and Tammy Wynette, or a Gen X John Doe and Exene. A rambling guitar solo on the break attempts to blunt the paranoia imbedded in the final verse; “I just got woken up by the TV set, there ain’t no more shows on and he ain’t home yet/I try to close my eyes and fool myself that he wouldn’t fall in love with no one else..” As the twangy two-step shudders to a halt she’s no closer to finding out the truth.

Shivery guitar notes crest over the plaintive melody of “Don’t Toss Us Away.” Written by Maria’s older brother Bryan MacLean, it’s a lean and economical torch song, from the man who created Love classics like “Orange Skies” and “Alone Again Or.” Although he pretty much quit the music business by the ‘70s (and tragically died of a heart attack on Christmas Day, 1998, at age 52), he managed to mentor his younger sister and provided this bit of sun-kissed songcraft. Spare and bare-bones, it features high lonesome pedal steel, and lachrymose fiddle wed to a tick-tock beat. But the instrumentation serves as window dressing for Maria’s tour de force vocals. Yodel-y one second, hushed and intimate the next, she pleads for one last chance; “Don’t toss us away so thoughtlessly, it just ain’t right, oh can’t you see/I still love you, I want you to stay, Darlin’ please, don’t toss us away.”

On the sandblasted Swamp Rock of “I See It,” another brilliant cut from Marvin, scratchy Telecaster riffs ride roughshod over gutbucket bass lines, silvery pedal steel and a clickity-clack rhythm. Ryan and Maria’s vocals intertwine as the lyrics sketch out a series of doomsday scenarios, each insisting “I see it, the end is coming soon.” Ryan’s lickity split lead guitar on the break almost assuages the song’s frayed nerves.

“The Train” is a bit of a Hee-Haw hoedown, the arrangement splits the difference between Country, Punk and Rockabilly. Rubbery bass lines and a jittery backbeat bookend ricochet guitar riffs and keening fiddle. Maria and Ryan’s vocals dovetail as they recall a childhood shaped by a proximity to the train tracks, and conclude “I have no regrets for the things I haven’t done, when I hear that train I think of things yet to come.”

Maria’s budding songwriting skills fully flower on “Drugstore Cowboy.” It’s a sideways homage to movie stuntmen and the confluence of Western iconography and Hollywood hype. Shimmery acoustic guitar and a descending, Beatlesque bass line opens the song, just ahead of a galloping beat. Despite the sprightly melody, the comic-tragic narrative shares some traits with Nathanael West’s “Day Of The Locust.” “Well, Laddie and his buddies were down at the Gower Gulch, smokin’ and spittin,’ cussin’ and hittin’ and passing the jug/Hangin’ out by the pay phone, waitin’ on a call from the studio, for a big part in a cowboy movie.” Spitfire guitar licks add a tinsel town home-on-the-range verisimilitude.

The EP closes “How Lonesome Life Has Been.” Don beats out a tribal, “George Of The Jungle” tattoo that is accented by buzzing jawbone percussion, Rattlesnake shake guitar and rumbling bass. Maria is gunning for an ex, who has quickly moved on: “If I had half a mind, I’d shoot you in your tracks, but what I got left tells me you ain’t never comin’ back.” Still, she tries to grin and bear it: “I woke up this mornin’ and I put on a grin, then I saw your picture darlin’ and how lonesome life has been.” It’s a riotous finish to a perfect six-pack of songs.

Listening to this music 35 years on, the songs are imbued with a passion and authenticity that somehow eluded their Geffen debut. While it’s understandable that the label went with a tried-and-true producer like Jimmy Iovine, imagine how great their first full-length could have been with Marvin Etzioni behind the boards. He captures the raw exuberance that made Lone Justice so special. The Western Tapes, 1983, is a potent reminder of those bygone days.