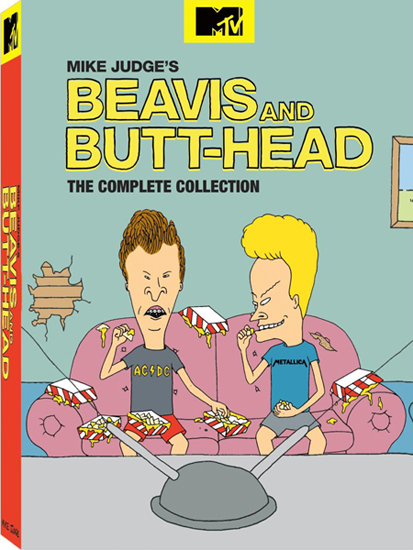 BEAVIS AND BUTT-HEAD The Complete Collection

Attention fartknockers!  Creator Mike Judge’s beloved slackers are back.  When these two subversive nihilistic misfits first appeared on MTV more than a decade ago, critics dismissed them as brain dead couch potatoes who did nothing but watch TV and make lewd, juvenile jokes about bodily functions.  Today we know for a fact they were way ahead of their time.  Beavis and Butt-Head’s unique idiocy profoundly changed television, pop culture and the world.  It may have even helped pave the way for Trump’s move into the White House, (the show is a favorite of pussy-grabbing fascists everywhere).

Someone just told me Mike Judge was working on a new B&B animated theatrical feature called Beavis and Butt-Head in the White House 3-D.  I was unable to confirm this, but can only imagine the nearly infinite possibilities for potent political satire.

Now, we can enjoy America’s favorite free-lance culture critics in this terrific comprehensive collection that tells us all exactly what sucks. 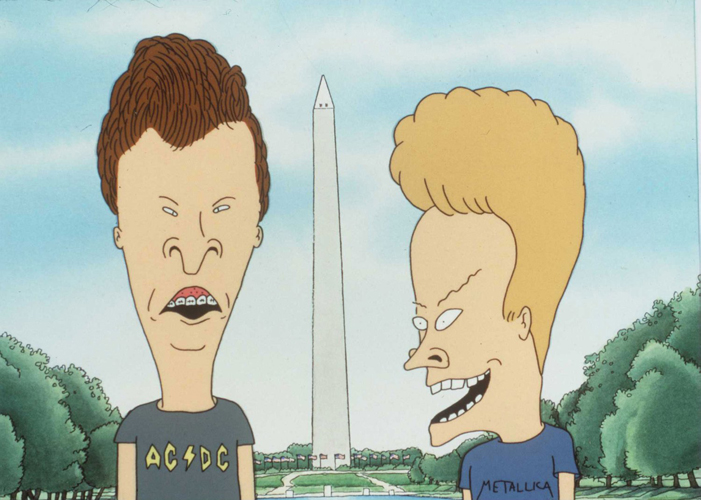 Housing everything in one set for the first time ever, this complete collection includes all four volumes of the acclaimed TV series, including thee boys’ triumphant return in 2011 – as well as the Special Collector’s Edition of the fan-favorite movie Beavis and Butt-Head Do America.  In addition, the 12-DVD set boasts a treasure trove of watchable bonus material including “Taint of Greatness: The Journey of Beavis and Butt-head” parts 1-3, VMA appearances, a Thanksgiving Special with Kurt Loder, the 1994-1996 Butt-Bowls, MTV 20th Anniversary Special, the original, un-cut (!) “Frog Baseball,” a2011 Comic-Con panel featuring Mike Judge and moderator Tommy Knoxville, promos, montages, and much more.  MTV.  Paramount.  DVD. 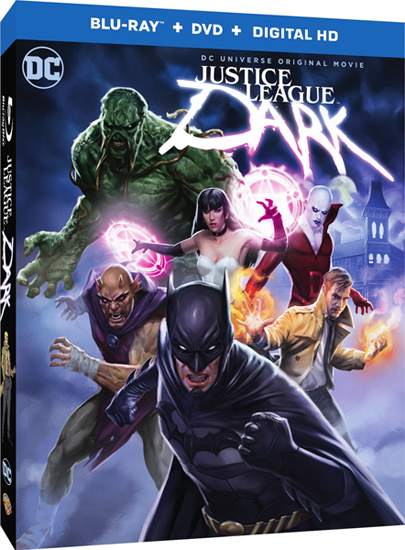 To battle unparalleled supernatural forces, Batman must combine efforts with a new teal of heroes – led by the occult specialist John Constantine – in the next DC Universe Original Movie from Warner Bros. Animation and DC Entertainment.

When innocent civilians begin committing unthinkable crimes across Metropolis, Gotham City and beyond.  Batman must call upon mystical counterparts to eradicate this demonic threat to the planet.

Enter Justice League Dark, reluctantly led by the Hellblazer himself, John Constantine.  Like Batman, Constantine is a cunning, often cynical loner who is the best at his chosen profession – but quickly realizes the sinister forces plaguing our planet will require help from other supernatural alliances. 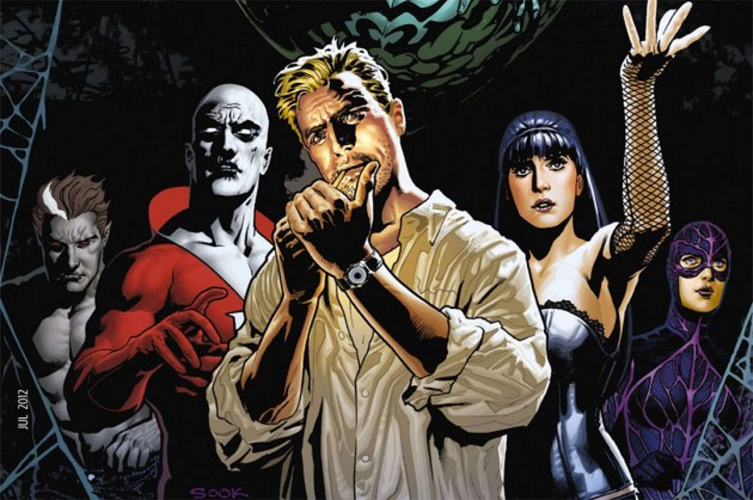 Forming a new “league” with sorceress Zatanna, otherworldly Deadman, and Jason Blood and his powerful alter ego Etrigan the Demon, this formidable team of Dark Arts specialists must unravel the mysteries of supernatural plague and contend with the rising, powerful villainous forces behind the siege – before it’s too late for all mankind!

Actor Matt Ryan, who asset the standard for the role of Constantine on the Warner Bros. live-action television series, returns to the role in animated form alongside Jason O’Mara (“Terra Nova”) as Batman and Camilla Luddington as Zatanna.

Blu-ray enhanced content includes: A Sneak Peek at the next DC Universe Original animated movie “Teen Titans – The Judas Contract.”  Plus the featurette “The Story of Swamp Thing.  Born out of the imagination of Len Wein and artist Bernie Wrightson, Justice League Dark’s Swamp Thing had his own solo adventures throughout the history of DC.  This cool documentary reveals the rich history of this fan favorite. But that’s not all the bonus material on this title. 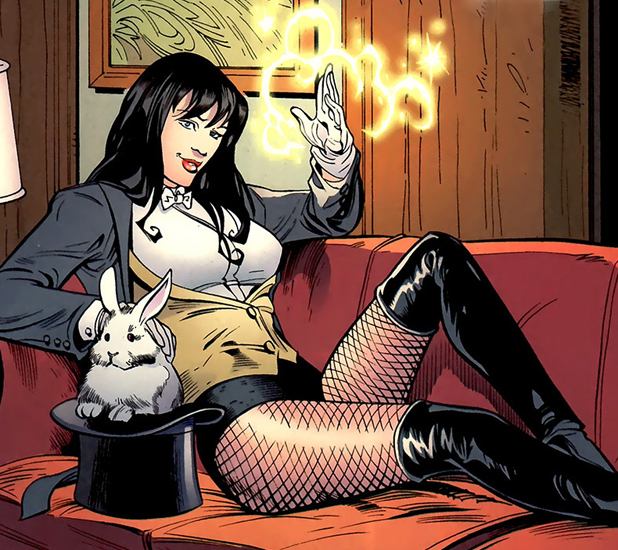 Additional bonus material includes: “Did You Know? Constantine origin, Color of Magic, Black Orchid, and Deadman Casting.”  Look for the 2016 NYC Comic Con Panel featurette in which the creators of Justice League Dark reveal surprising behind the scenes tidbits about the characters, and the actors providing their voices.

There’s also a sneak peek at Justice League’s “Gods and Monsters” and “Doom” and two bonus episodes from the DC Vault.  Batman, “Dawn of the Deadman” and “Trial of the Demon.  Warner Bros. Home Entertainment.  Blu-ray.