I love living in the Coachella Valley in January! It might be that “schadenfreude” thing, you know, feeling better about yourself when compared to other’s misfortune? Of course I am talking about our amazing weather here in the Coachella Valley. While we enjoy mostly sunny days with daytime temperatures in the mid 70’s the majority of our nation is battling some polar express arctic blast and many folks are shoveling snow on a daily basis. The “Bob Hope Desert Classic” golf tournament, now called the “Humana Challenge”, for many years has broadcast our chamber of commerce ad type weather to snowbound viewers around the world inviting them to join us with images of golfers playing in short sleeved shirts in mid-January. The effect of this on our local real estate market has no doubt brought tens of thousands of “snowbirds” to rent and buy condos and homes here in our valley year after year.

A few years back the Canadian dollar reached parity with the US dollar for the first time in many years. This generated a Canadian invasion of sorts into our real estate market. I was fortunate enough to sell several second homes and investment properties to Canadian buyers who viewed our Coachella Valley real estate as a real bargain. And it was, to them! To understand their perspective just think about what a bargain it is for us to go to Mexico and enjoy a hotel room plus a steak and lobster dinner for about $50.00. The same was true for the Canadians coming to our valley. Sadly, the Canadian dollar, along with most other world currencies, has plummeted in value compared to the US dollar. That means that homes here in the Coachella Valley are now 25% to 30% more expensive, even without price increases, to foreign buyers. Add to that last year’s average price increase of 11% and home prices are up over 40% to foreign buyers in just one year!

Last year (2014) The Coachella Valley saw the first significant drop in the number of homes sold when compared to the previous 5 years. The number of homes sold dropped 11% when compared to 2013. Fortunately the total dollar volume remained the same at approximately $3.5 billion dollars resulting in the 11% average price increase. The big question for 2015 is, “are we going to be able to sustain those numbers with little or no foreign investment this year? Before I try and answer that question let’s take a quick look at the January 2015 numbers.

Last month (January), according to the Desert Area MLS (as of 02/01/15) there were 801 pendings of residential properties here in the Coachella Valley. There wereonly 574 pendings in the previous month (December) which means activity is way up and we are off to a great start this year! In December there were 653 solds and in January there were only 555 solds. This is down due to the lack of holiday home sales in December, but it does become a cause for concern when compared to a year ago in January when we closed 673 sales (down 18%)… not such a good start for closings in 2015. But it is still too early to make any predictions here; we will have to watch these numbers closely in the coming months. Our inventory of homes for sale was up slightly to 4,971 as of February 1, 2015 compared to 4,606 at the beginning of January. This is another number we will keep a close eye on this year.

So, can we go it alone in 2015 without much help from our foreign buyers? To do so we will have to rely upon our home grown buyers consisting of first time home buyers, “boomerang” buyers, and baby boomers who are retiring and or buying second homes here in the desert. First time homebuyers typically make up the largest portion of the home buying market but here in the Coachella valley they will still be facing the challenges of relatively expensive housing and low wages, student loans, higher health insurance costs etc. There is hope for them with rock bottom interest rates and relaxed mortgage insurance and lending guidelines this year. Paying less each week at the gas pump also means more money left at the end of the month for rent and mortgage payments. Boomerang buyers will likely benefit from these as well. Boomerang buyers are those buyers who lost their homes to short sales or foreclosures in the great recession, many of whom are now eligible to re-purchase a home again. Many of the baby boomers had a set back with the great recession and had to provide financial aid to their children, assumed increased health care costs, and had poorly managed retirement portfolios combine to delay their retirement plans. I see 2015 as a break out year for many of these folks and with the Coachella Valley still ranked as one of the top ten retirement resort communities in the US we will likely see our share of these folks coming our way. These are some positive signs that we just might make it on our own this year!

Join me each month this year as we keep a close eye on our Coachella Valley real estate market. If you have a real estate question or concerns please email me at the address below.

Bruce Cathcart is the Broker/Co-Owner of La Quinta Palms Realty, “Your Friendly Professionals” and can be reached by email at laquintapalms@dc.rr.com or visit his website at www.laquintapalmsrealty.com 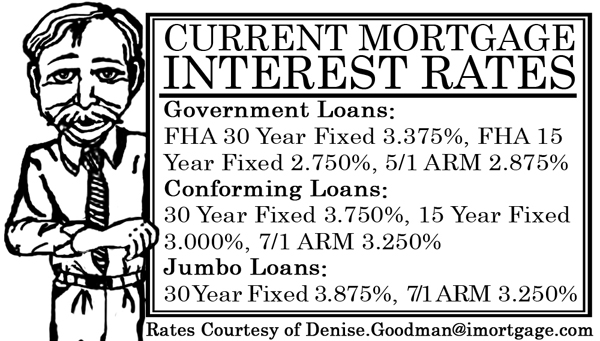