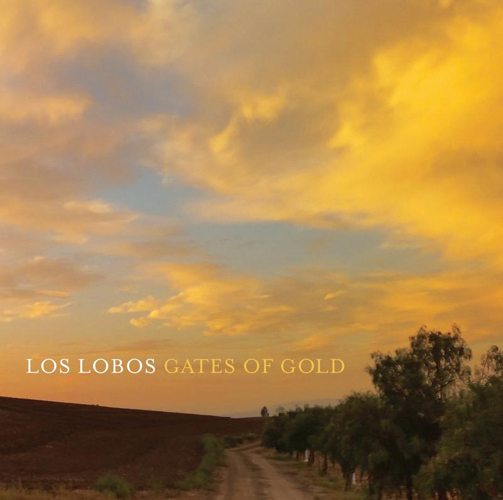 Los Lobos has finally been nominated for induction into the Rock & Roll Hall Of Fame. It’s about fuckin’ time. An artist becomes eligible 25 years after the release of their first record, so the Wolves are about 12 years overdue.

Los Lobos has been a going concern for an astonishing 42 years. David Hidalgo (guitar, vocals) and Louie Perez met at Garfield High School. Each had assumed he was the only long-haired “weirdo” in the school. They bonded over their shared eclectic taste for music like Jimi Hendrix, Fairport Convention, Ry Cooder and Free Jazz, along with an appreciation for the skewed humor of Monty Python and the Firesign Theatre.

They began creating music on a borrowed reel-to-reel recorder and quickly recruited fellow students, Cesar Rosas (guitar, vocals) and Conrad Lozano (bass) to complete their line-up. Originally they were known as Los Lobos del Este (de Los Angeles), Spanish for the Wolves of East L.A., but that quickly got shortened to Los Lobos.

The quartet honed their chops playing anywhere and everywhere. Not just bars and clubs, but also neighborhood parties, quinceneras, Mexican restaurants and weddings. They quickly tired of recycling the same Top 40 hits and began incorporating the traditional Mexican music that they had grown up with, infusing it with a Rock & Roll sensibility.

Their self-titled debut, also known as Just Another Band From East L.A., was recorded in between day jobs and was made up of traditional Mexican songs like “Sabor A Mi” and “Guantanamera.” It was released in 1978, but by this time, Los Lobos had taken notice of the burgeoning Punk scene happening practically in their backyard.

Attracted to the energy and stylistic freedom that Punk represented, they quickly found a niche in the community. They also found staunch allies in X and the Blasters; two bands that were also exploring Roots music within the perimeters of Punk Rock.

Los Lobos’ first major show was as opening act for John Lydon’s post-Sex Pistols band, Public Image Limited at the Olympic Auditorium. They went on to play storied venues like Madam Wong’s The Whisky A Go-Go and Cathay De Grande.  Both X and the Blasters were signed to the indie label Slash and they campaigned to get the Wolves a deal too. The label agreed to finance a seven song EP.

The EP sold about 50,000 copies, but that enabled Los Lobos to buy a Dodge van and book a very low-budget our the United States.  Seeing the country was a great way to hone their songwriting skills. Within a year they had returned to the studio with T-Bone Burnett and their stunning full-length debut, How Will The Wolf Survive? arrived in late 1984.

The music was a vibrant mix of traditional Mexican Nortenos, Roots-Rock, Country, Folk, Tex-Mex and Soul. More important, the lyrics on songs like “A Matter Of Time” and “Will The Wolf Survive,” offered trenchant observations that cut across class and culture lines.

Los Lobos became the toast of Los Angeles, either packing clubs like the Palace in Hollywood or selling out the  venerable Greek theatre, every show felt like a neighborhood block party. Nothing was more heartening than seeing a mowhawk-ed Punk, next to a Pendleton-clad Vato, next to a tiny abuelita, all rocking out to a souped-up Wolves version of the classic Mexican weeper, “Volver-Volver.”

In the midst of recording their second long-player, (the equally adroit By The Light Of The Moon), the band received an invitation to record songs for the Ritchie Valens biopic La Bamba. Actually, Valens’ family insisted Los Lobos were carrying the torch lit by L.A.’s pioneering Chicano Rocker, who died tragically, along with Buddy Holly and The Big Bopper in a plane crash.

Fully focused on recording their own music, the band still honored the Valens family request, recording classic tracks like “La Bamba,” “Donna” and “Come On, Let’s Go.” While their second album received rave reviews, it wasn’t exactly a mainstream success. Ironically, the La Bamba soundtrack was a smash hit, climbing to #1 on both the Singles and Album charts, ultimately achieving double platinum sales. Los Lobos were suddenly superstars. The victory was bittersweet since it was for music they didn’t create.

The success of the soundtrack was a double-edged sword for Los Lobos.  It catapulted them national to stardom, but the general public expected them to regurgitate Ritchie Valens music and not much more. Meanwhile, longtime fans wondered if the boys from Garfield High would abandon their eclectic sound for the lure of easy money.

Clearly, they had reached a crossroads, rather than become a glorified cover band, they convinced their label to let them record an album of original acoustic Mexican Folk songs. The result, La Pistola Y El Corazon was released in late 1988. The gamble paid off artistically, it received rave reviews and delighted longtime fans. Commercially, they took a bit of a hit; the album peaked at #149 on the charts. Ultimately, it was a declaration of independence, serving notice that Los Lobos would never be categorized as an Oldies act.

1990 saw the release of their fifth album of original music, The Neighborhood. Critical reception and sales were great, but the recording process for that album, was a little torturous. That frustrating experience inspired the band to change up their routine for the next album, Kiko.

Influenced by the magic realism of writers like Jorge Luis Borges and Isabel Allende, the melodies and lyrics were spatial and textured. This wasn’t your abuelita’s Los Lobos, the mood was mysterious, otherworldly and impressionistic. It was their most adventurous album to date, opening the door to like-minded efforts like 1996’s Colossal Head and 1999’s This Time.

Through the next decade and a half, there were side-projects (Latin Playboys, Houndog, Los Super Seven) and solo albums. By now the band had played with everyone from Elvis Costello to Paul Simon to the father of Chicano music, Lalo Guerreo.  Yet, they found time to  record and  toured behind 2002’s Good Morning Aztlan, 2005’s The Ride, 2006’s The Town And The City and 2010’s Tin Can Trust.

Now they’re back, with a real shot at getting in the Rock & Roll Hall Of Fame, a new biography, Dream In Blue, by Chris Morris and, best of all, an album of new music, Gates Of Gold.

On the opening track, “Made To Break Your Heart,” a lilting melody and   relax-fit Cha-Cha-Cha rhythm belies the somber tone of the lyrics. Here, David Hidalgo parses a series of dreams that portend the end of a relationship; “I was walking down the shore with a wish held tight in my hand, then the sea came along washed away our names in the sand.” Suddenly on the instrumental break the rhythm downshifts and Hidalgo unleashes a torrential solo that leaves no doubt that the sky is crying.

“There I Go” begins tentatively. A tick-tock tempo, tart guitar licks and Hammond B3 fills color this stoned soul picnic. Hidalgo’s slight falsetto and the arch, philosophical lyrics take a page from Marvin Gaye, circa “What’s Goin’ On.”

“Too Small Heart” is a balls-out rocker. The tune is dominated by a blistering back-beat that makes Hendrix’s “Manic Depression” sound like a Viennese Waltz. Rumbling bass lines collide with guitars that sputter and strafe, soaring one second and grinding to a halt the next.

Finally, the title track is a bucolic back-porch ramble tethered to a galloping gait. The melody is buoyed by honeyed guitar and loping Bajo Sexto notes. The lyrics look beyond the temporal pleasures of this world, focusing on more spiritual concerns. It serves as a sweet elegy for longtime pal, David Okuma who passed away in June.

If Louie Perez and David Hidalgo are the Lennon & McCartney of Los Lobos, Cesar Rosas is definitely the band’s George Harrison. He contributes two great tracks, “Mis-Treater Boogie Blues” and “I Believed You So.” The former is a scorching full-tilt boogie, (as indicated in the title), that recalls classic (pre-synthesizer) ZZ Top. His growly vocals perfectly compliment this cranky tale of romantic betrayal.

The latter is a sandblasted slab of Chicago Blues, featuring “dust my broom” verisimilitude buttressed by a shuffle rhythm and incendiary guitar solos that crackle with intensity.

The album closes with the slow-cooked Blues of “Magdalena.”  Soulful and spiritual, the lyrics long for a simpler existence. “Magdalena, take my clothes, give away my jewels and all the gold/Let me walk along the holy road.” A somber finish to a brilliant album!

Gates Of Gold was produced by the band, but they had a little help, most prominently from producer Mitchell Froom who added keys, and the most excellent singer-songwriter, Syd Straw (who needs to record a new album, so this column can be devoted solely to her), providing backing vocals. Also, David Hidalgo, Jr. took time away from pounding the kit for Social Distortion, to play drums for his dad’s band.

Ultimately, it doesn’t matter much if the Rock & Roll Hall Of Fame inducts Los Lobos. With or without that accolade the Wolves have already blazed trails and crossed cultures with nary a false move.  How many other Hall Of Famers have recorded 15 nearly perfect studio albums while maintaining their original line-up?

They also opened the doors for bands like Texas Tornados, Ozomatli, and Los Mocosos. Los Lobos has created a lasting legacy, broadening the horizons of Rock & Roll.  Anything else is just icing on the cake.