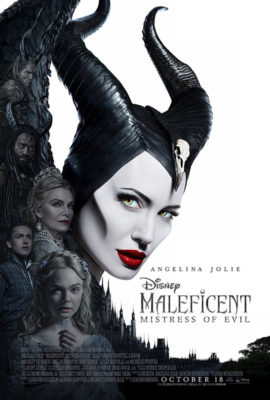 Fairy tales persist because they say something that resonates in the human psyche.  Some form of the Sleeping Beauty story and the evil enchantress who curses an infant princess has been with us since the 1300s.  When Maleficent warns her goddaughter Aurora “love doesn’t always end well” is she telling the audience the core theme of the latest iteration or is it all about something else entirely.

Director Joachim Ronning’s rather depressing, somewhat disappointing and unnecessary sequel to the 2014 global box office hit sees Maleficent (Angelina Jolie) and her goddaughter Aurora (Elle Fanning) questioning the complex family ties that bind them as they are pulled in different directions by an impending wedding, unexpected allies and dark new forces that come into play.

Over the years, the relationship between Maleficent and Aurora, born of heartbreak, revenge and ultimately love has flourished.  Yet the deep hatred between mankind and the fairies still exists.

Now, Aurora’s impending marriage to Prince Phillip is cause for celebration in the kingdom of Ulstead as well as in the land the neighboring Moors, since the nuptials will unite the two worlds.  However, when an unexpected encounter introduces a powerful new alliance, Maleficent and Aurora are pulled to opposing sides, creating a Great War that tests their loyalties and raises the question of whether or not they can ever really be family.

As Prince Phillip’s mother, Queen Ingrith, Michelle Pfeiffer is a worthy adversary to Jolie’s Maleficent.  Their scenes together are worth the price of admission. 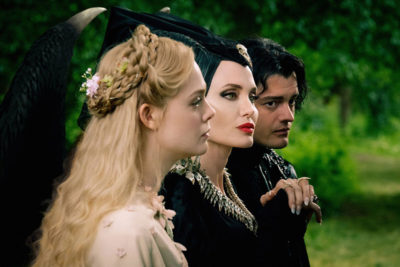 This eye-popping film’s great visuals, strange and alluring worlds, inventive costumes, magical creatures (I loved the tiny, creepy mushroom people and the micro fairies in their dandelion tutus) are topped off with a huge and satisfying CGI climactic battle that is a wonder.  But the main reason to see this grim film (no pun intended) is Jolie’s nuanced live action incarnation of the wicked witch, first seen on screen in Disney’s 1959 70MM widescreen hand-drawn animated epic “Sleeping Beauty.”

AN AMERICAN WEREWOLF IN LONDON 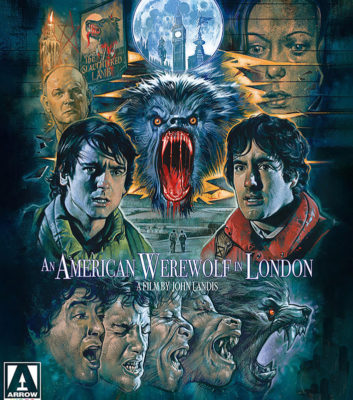 John Landis, one of pop cultures iconic directors of the 1980s, expertly combines macabre horror with unexpected but welcome humor in this lycanthropic classic.

David Kessler (CV’s David Naughton), an American tourist and his friend Jack Goodman (Griffin Dunne), arrive in Northern England’s Yorkshire Moors for a walking tour.  One night they are savagely attacked by an unidentified beast that kills Jack.

David awakens in a London hospital to find his friend dead and his life in disarray when Jack returns to warn David that a werewolf was the assailant and that he is now the last of the werewolves.  Retiring to the home of his beautiful nurse (Jenny Agutter) to recuperate, he soon experiences disturbing changes to his mind and body, undergoing a full-moon transformation that will unleash terror on the streets of London. 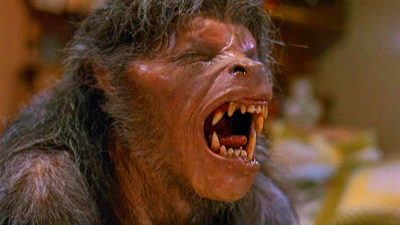 When it was initially released, he movie had audiences howling — with laughter — and recoiling in terror.  Successfully mixing these two primal emotions in a movie was a rare treat at the time.

Landis’ film has gone on to become a genuine cult classic as well as one of the most important horror films of its era, rightfully praised for its masterful set-pieces, uniquely unsettling atmosphere and Rick Baker’s truly groundbreaking, Oscar winning makeup effects.  Now restored (from original camera negative) in 4K and presented with an amazing bundle of over twenty stand-alone and very watchable extras, too lengthy to include here.  There’s also a limited edition 60-page booklet featuring new writing and archival articles.  Arrow video.