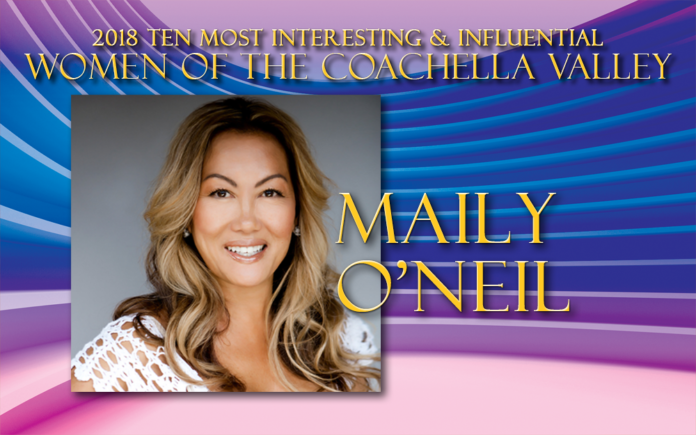 It takes precision and knowledge to become a great hairstylist, traits that Maily O’Neil has perfected over her 25 years in the beauty business, making her one of the top stylists in the Coachella Valley.

O’Neil was born far away from her now nestled salon on El Paseo, in Vietnam. Raised in California, she attended Costa Mesa High School and then Orange Coast College, and received credentials from Sassoon Academy. 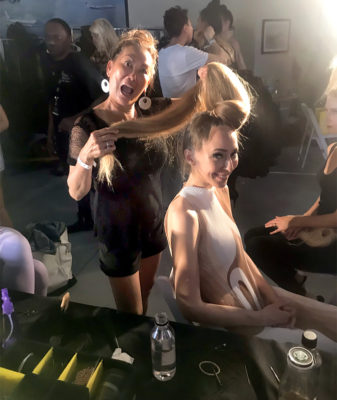 Although she first wanted to become a newscaster, when she came across hair dressing, she knew it was for her and the best way for her to express herself creatively. Through her career, she has been able to travel the world and work with the best stylists in the industry. It is the traveling and sharing her craft with others that O’Neil has found most rewarding.

She opened her salon on El Paseo in 2012, utilizing her 25 years of experience in the beauty industry. O’Neil finds inspiration everyday through her cliental, and making them feel good about themselves. Her zest for continued learning about new techniques keeps things fresh, “By educating myself, I keep myself going,” says O Neil. She gets new ideas from high end fashion magazines and the media, constantly challenging herself.

O’ Neil shares her life with her husband of 25 years, her children Shawn and Asia and their puppy Missy.

On her down time, and to relax, O’Neil enjoys the intense practice of Hot Yoga and listening to live music. Her favorite movie is the Oscar nominated film, The Color Purple, with Game of Thrones being her favorite TV show. For music, it’s Chris Cornell for male vocals and Led Zeppelin as her favorite band. And for a good read she prefers The Shack. When it’s time for a get-a-way, the Cayman Islands is where she and her family enjoy vacationing.

In her effort to help the community, O’ Neil gives her support to the local charity All Desert Wellness Center in Palm Desert. The non-profit organization helps those with mental health issues, focusing on children, adolescence, individuals, seniors, couples and families. They provide affordable counseling services based on a sliding scale, “As a non-profit it is important to help them out financially so they can succeed in their endeavors and provide help for those who seek it,” says O’ Neil. 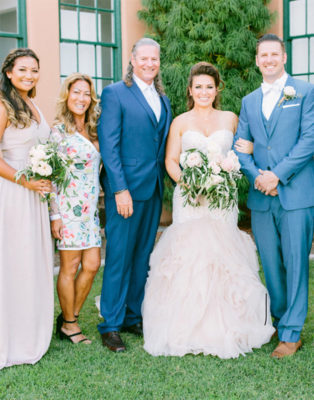 When asked what woman she respects the most, she chooses her daughter Asia, “She has accomplished so many great things in her 20 years of life,” says O’Neil. It is her family that keeps her going and together, as well as her faith in the Lord Jesus Christ, providing her with a lot of love and support.

As for what she would like to be today if she wasn’t a hairstylist, she playfully says, “A trophy wife.” Something that people would be surprised to know about her would be that English is her third language.

O’Neil stands by her mantras “Knowledge is power” and “Live Free and always be kind.”

With talent and creativity, O’Neil has established herself as a highly desired stylist in the Coachella Valley. Highlighting the loveliness of each of her clients, making our desert even more beautiful.

Maily O’ Neil will be representing All Desert Wellness Center in Palm Desert as her intended charity at the Top Men’s & Women’s Fundraising Charity Event on May 24th at Hotel Zoso in Palm Springs.