March is one of our “money maker” months for real estate agents here in the Coachella Valley. It is the middle of our selling season and if the weather cooperates (which it certainly did this year) it typically can be the highest month of the year for making deals and opening escrows.

March for me this year was only an average month and speaking with numerous agents around the valley it soon became clear that it was not the epic comeback month that everyone had hoped for. Whenever this happens I always go back to the data to try and make sense out of the situation. Is it just me or is there something going on out there that I can point to and blame my average month on?

Last month I tried to focus on the positive trend developing by pointing out how the number of residential properties in the Coachella Valley, according to our local MLS, that changed status from “active” to “back-up offer” or “pending” (sales under contract, but not yet closed) was increasing. These “sales” had increased from 784 in January to 900 in February. The good news is that trend has continued with 1,070 sales in March showing an increase in sales of 16%. Okay, so the number of sales is going up, so maybe it is just me. But of course that is only half the story. This month I also looked back at the number of sales that closed escrow in the Coachella Valley, or the “solds” as they are more commonly known. In January 2014 we only closed 593 sales (compared to 704 in Jan. 2013), in February 2014 we closed 630 sales (compared to 808 in Feb. 2013), and in March 2014 we closed 748 sales (compared to 940 in Mar. 2013). So while the number of solds is increasing this year, when compared to the same month’s solds from last year, they are 16%, 23%, and 21% LESS! And last year was not considered a good year for sales in our Valley. Taking into account that there are approximately 4,500 licensed brokers and agents who work in the Coachella Valley and are scrambling to close only 748 sales in March makes me think that maybe my average month wasn’t quite as bad as I thought!

So what does this all mean? For the first three months of 2014 the number of sales is increasing each month and the inventory has remained stable. Likewise the number of solds is also increasing each month, but when compared to last year, which was a less than average year for Coachella Valley residential sales, the number of solds this year is down by an average of 20%!!! Yes prices are currently up over last year, but based upon these figures the volume of closed sales necessary to sustain a recovery is not happening right now in the Coachella Valley.

On the brighter side, the Bob and Dolores Hope mansion is still available for $34,000,000.00 with a rumor floating around that Hollywood’s royalty may have some interest in the property. But this property is no longer the highest priced home in our valley. Just listed on 2 acres in the Madison Club in La Quinta is 16,235 square foot home with 5 bedrooms and 7 bathrooms for only $39,500,000.00! Don’t hesitate to call me on this one if you are a golfer and the Hope mansion didn’t quite measure up to your expectations!

This month’s top sale went to a home in the Vintage Country Club that included a main house with 4 bedrooms and 9 bathrooms and 3 guest houses totaling 26,000 square feet and a 14 car garage for the paltry sum of $10,450,000.00. 56 homes sold in March for over $1 million dollars and of those 12 sold for over $2 million dollars. If you didn’t get one of them don’t worry, there are still 250 homes currently for sale for over 2 million dollars out there just waiting for you!

Real Estate Tip of the week: Interest rates have finally started their upward move which will likely have a negative effect on the current market. If you are a buyer that was discouraged by competing with multiple offers and have been sitting on the sidelines, now may be a good time to get back in the game. Sellers, your selling season may end quicker this year than you expect. If you have been on the market for over a month and haven’t sold your home yet, seriously consider dropping your price to get the deal done!

Bruce Cathcart is the Broker/Co-Owner of La Quinta Palms Realty, “Your Friendly Professionals” and can be reached by email at laquintapalms@dc.rr.com or visit his website at www.laquintapalmsrealty.com. 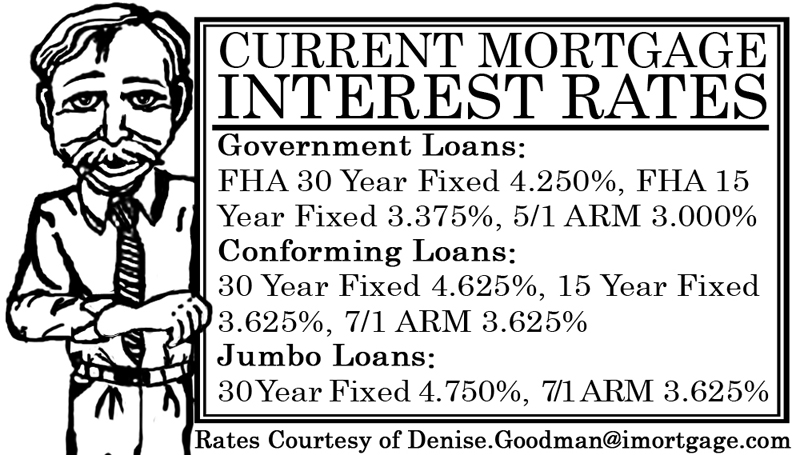