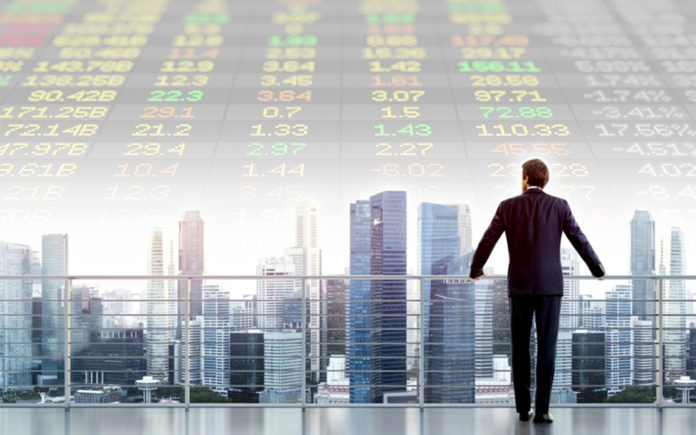 The first three months of this year have been quite the roller coaster ride for investors.  January was one of the best January’s in decades while February was one of the worst.  After a brief recovery during the first half of March, markets retested February lows during the last half of March before heading higher despite heightened macro-politic risks, increasing interest rates and daily twitter storms emanating from the Oval Office.

After all of that, if your 401k or investment portfolio is down by less than 2% for the first three months of this year, your performance was in line with market averages.  If you were up for the quarter, you did better than most.  People who were more heavily invested in technology companies put up the best results while those who favored real estate investment trusts had the worst performances.

As it is safe to say that returns were essentially flat for the first three months of 2018 despite wild fluctuates, what is one to make of the market volatility?  Simply put, people can tolerate an awful lot more when they can pay the bills and feel hopeful toward their financial futures and those of their children.  With 43 of the world’s largest economies growing at the same time, there is a lot to be thankful for around the world after much darker economic days of less than a decade ago.

While there is a general optimism in amongst employers and employees alike, the stock market has begun to show signs of fatigue.  Of late, market returns have been driven by only a handful of stocks.   For example, the NASDAQ 100 has 100 stocks in it yet only five companies represent 70% of that indexes value.   Excluding Alphabet, Amazon, Apple, Facebook and Microsoft, the other 95 companies of the NASDAQ 100 are worth 30% of the indexes value.

Looking at the S&P 500, 65% of stocks (324) were down for the first three months of 2018 while the index itself was down only 1.2%.  This discrepancy is caused by the way the index calculates returns.  Like many indexes, the S&P 500 calculation is based on the value of each company.  For example, Apple has a market value of $845 billion whereas General Electric is worth $113 billion.  As a result, Apple has 7.5 times the impact of General Electric on the index.  While some indexes equally weight stocks in their indexes, the vast majority use market weightings like the S&P 500 or the NASDAQ 100.

The current market is best referred to as a bifurcated market.  This is one where part of the market does well while the other part does not.  Think of it like the state of the American worker where the middle class is eroding at a faster rate than the growth of the upper class leaving us with a citizenry that is increasingly bifurcated between the rich and the poor.

Relating this back to investing, recent market declines for most stocks means that the market rally has not ended but it has narrowed to a place where fewer and fewer companies are creating the growth that market forces demand in order to support higher stock prices.

As 70% of all market activity is driven by computer algorithms where a long-term hold is measured in days, a savvy investor uses periods like these to position their investment portfolios for future growth.  This means looking beyond next month with an eye toward expectations that are at least a year or two away.  Times like these are where an unemotional investor with a long-term view can beat the machines and smart but short-term money.

Haddon Libby is the Founder and Managing Partner of Winslow Drake Investment Management.  He can be reached at Hlibby@WinslowDrake.com.  For more information, please visit www.WinslowDrake.com.