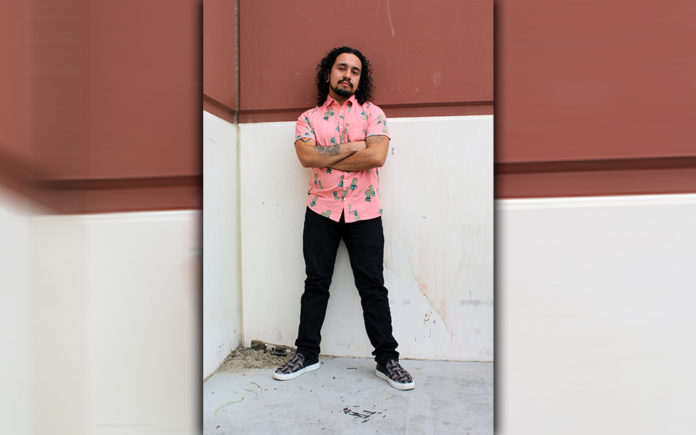 In 2017, bassist, Serene Tahtinen, guitarist Chaz Marriott and drummer Dave Febra had a hankering to form a band. Like so many bands in their infantile stages, they started out jamming and learning some covers as a starting point while writing a little bit here and there. Next, they began forming a concept of who they were and what exactly it is that they wanted to put out to the world stylistically. Throughout that process they began creating their own unique sound of stoney, groovy, cosmic metal that we now know as ORMUS. For nearly a year, they diligently practiced, wrote and honed their crafts. There was only one key ingredient missing…They were still without a front person.

Enter, Martin Posada. At 23 years of age, this Coachella native has a story in music that is, relatively speaking, just beginning. Let’s be honest…18 months ago, the average desert music nerd had not likely heard of ORMUS, much less Posada. Yet, in the last year or so they have exploded onto the scene seemingly out of nowhere and have quickly become a force to be reckoned with as one of the most in demand group of artists in the Coachella Valley. Fans and fellow musicians alike have certainly taken notice and that definitely has something to do with Posada, who took home the 2019 CVMA for “Best Frontman.” An honor he graciously shared through an apparent tie with scene veteran, Nico Flores.

I sat down with Posada to discuss his very brief, but eventful journey in music thus far.

CVW: How did you get into music in the first place? 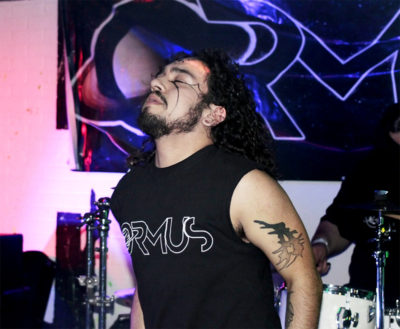 Posada: “I have always been doing something musically since around middle-school. I started out back then doing percussion. I did jazz drums in college and symphony as well. It was in college that I began wanting to start up a band. The problem was that I didn’t really know anyone else wanting to do that other than some people I would talk to at shows and stuff. I got together with some guys and tried to start something up but through scheduling and whatnot, things weren’t working out.”

Posada continues: “Then, a couple of years ago I was introduced to a guy named Chris Guzman and together we started a project called, H.O.A.G.I.E. which only ended up lasting a couple of months. Meanwhile, I was looking for a second project and I went into Guitar Center and saw as ad that had what is now, ORMUS’ contact info.”

CVW: Wait! I know you guys and hadn’t realized that’s how you guys connected!

Posada: “Yeah, I saw this ad from a guy named Dave looking for a metal singer and my mind automatically imagined some middle-aged, white dude who wants to do Metallica covers and relive the old days, but I was like, ‘Well, f*** it. I’ll hit him up anyways.’”

CVW: And it turned out being a group in their early to mid-20s who had been working hard for some time.

Posada: “Exactly! And coincidentally, I already knew Serene from jazz band at COD which was cool. I showed up to a rehearsal and basically that night they were like, ‘You’re in!’ We had our first show literally a week or two after that first meeting.”

CVW: You’re a multi-instrumentalist who specializes in drumming. Were you looking to become a front-man?

Posada: “I mean…I guess so? I really just wanted to try something new. I would have gone with guitar or bass but I didn’t really have the right equipment at the time.”

CVW: ORMUS is still in its early stages as a band, but I have seen first- hand the comradery that you guys have with each other. 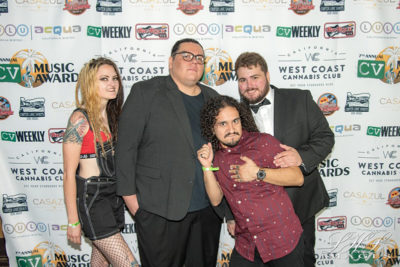 Posada: “They’re all so annoying and I love them so much. I mean, during rehearsals we spend a lot of time yelling at each other between songs. We horse around a lot and have built a bit of a family dynamic I suppose.”

CVW: So, being so new to the CV music scene, what was it like for you when you heard about your nomination? Were you expecting it at all?

Posada: “No! Not at all! It was just weird for me. I couldn’t believe that people took notice and thought I was good enough to even write my name down on a nomination form, much less vote for me.”

CVW: This is a silly question for a 23 year old but, looking back on your past few years in music, would you do anything different?

Posada: “Nope. If I did that I probably wouldn’t be with ORMUS and I can’t imagine a better group of people to make music with than them.”