THIS IS MARTIN BONNER 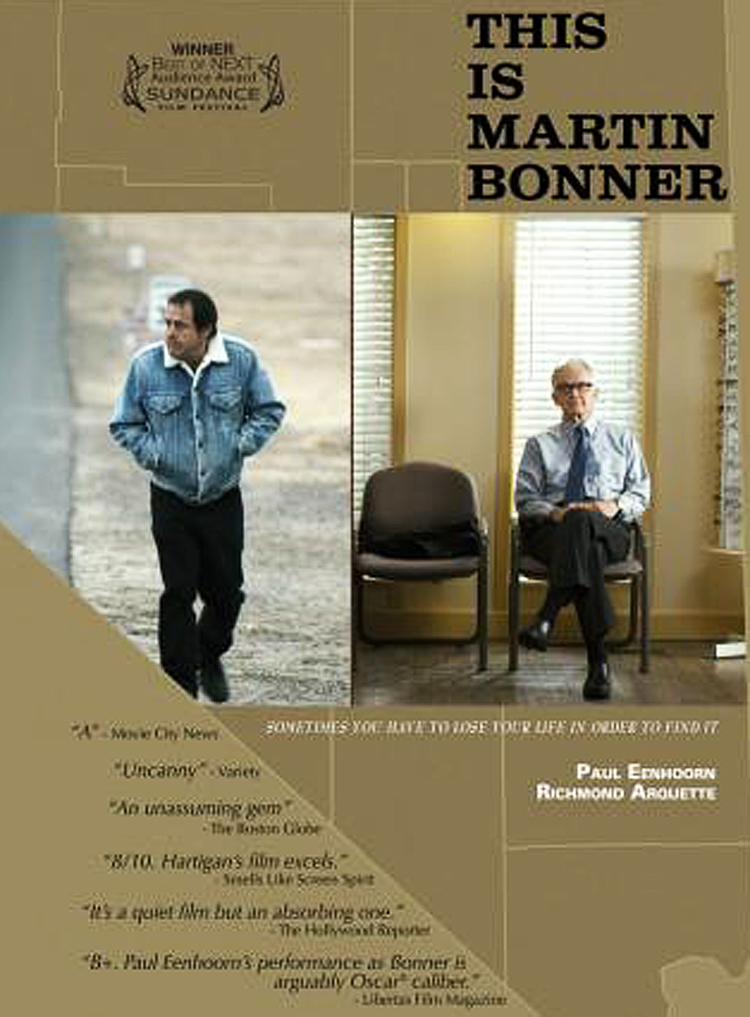 I must admit, there’s something oddly satisfying about seeing a tiny-budgeted, obscure indie film get overwhelming critical and audience praise. It puts to shame the hundreds of millions wasted on some of this summer’s disappointingly dumb tent-pole features (that I will not name).

Last Saturday’s Cinemas Palme d’Or’s screening of Chad Hartigan’s second feature (with stars Richmond Arquette and Sam Buchanan in attendance) was enthusiastically received by a nearly full house. I hope word of mouth continues to spread for this exceptional character-driven story of friendship and kindness. A rare theme indeed for a commercial American film — indie or not. As of this writing, the Rotten Tomatoes rating is 92% (for comparison’s sake, THE LONE RANGER is rated 30%).

Hartigan’s striking, minimalist film has a running time of less than 85 minutes. And his simple screenplay avoids traditional structure and beats. In fact, it’s deceptively amateurish in some ways, but the film’s execution and casting are polished and superior.

The title character, 50 something Martin Bonner (Aussie actor Paul Eenhorn), is new to Reno and his job of working with just-released prisoners. He helps them transition to life in the outside world. He’s divorced and some of his free time is spent speed dating and refereeing schoolgirls’ soccer. 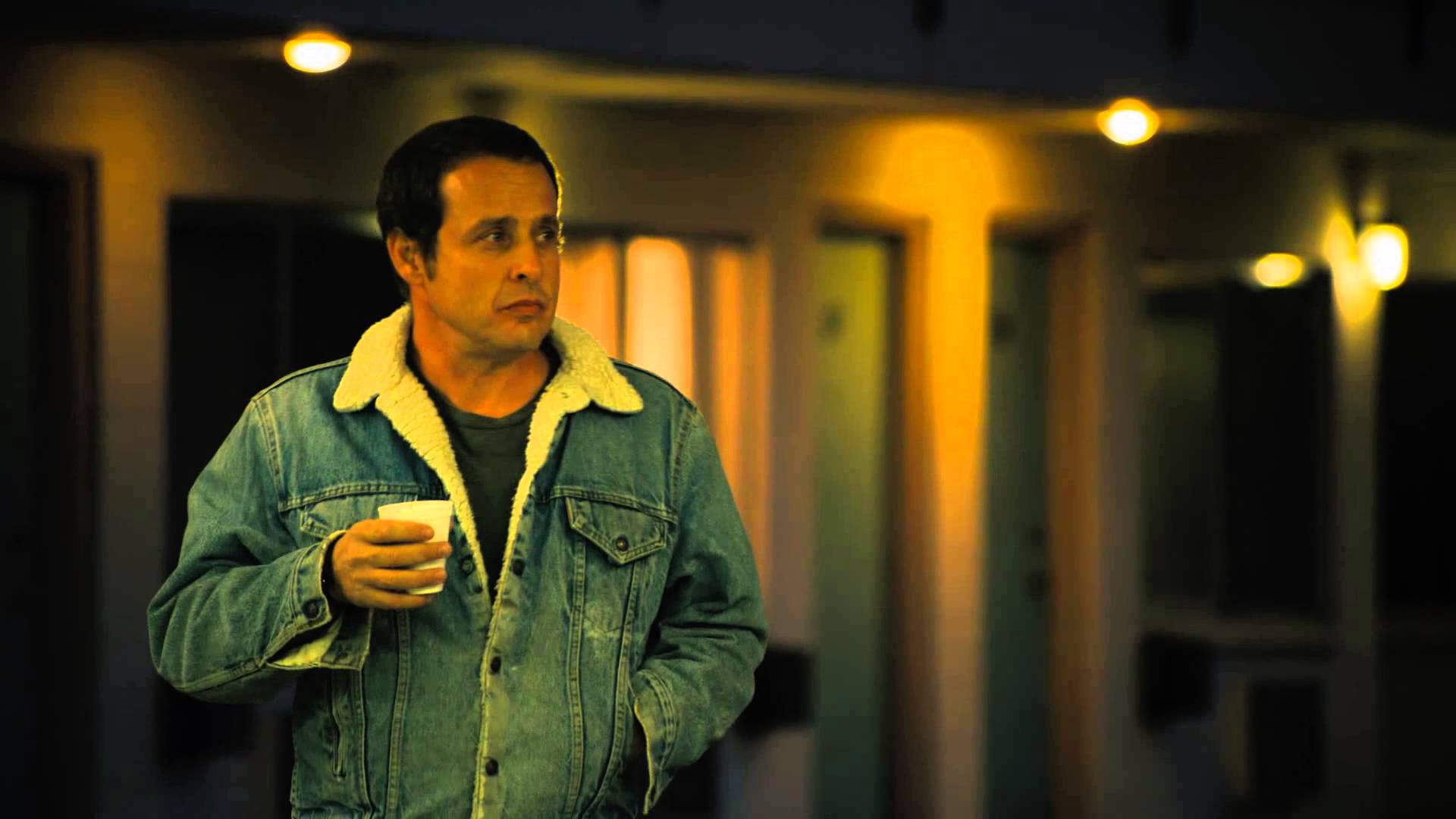 Travis Holloway (Richmond Arquette) has just been released from prison after serving twelve years for a drunk driving manslaughter conviction. And it’s his story that is center stage as the unexpected friendship between the two men exposes Holloway’s delicate vulnerability. The lives of Bonner and Holloway do not really converge as much as overlap. I’m not sure what, if anything, each learns from the other. But Bonner’s kindness toward Holloway is beyond a job description and clearly an element of Bonner’s innate goodness.

Arquette (yes, he’s a sibling of David, Rosanna and Patricia), delivers a masterful, award worthy performance of a middle-aged man trying for a final connection to a life interrupted by his own failure. He gets a job as a parking lot attendant and seeks to reconnect with his daughter — whom he hasn’t seen since middle school. 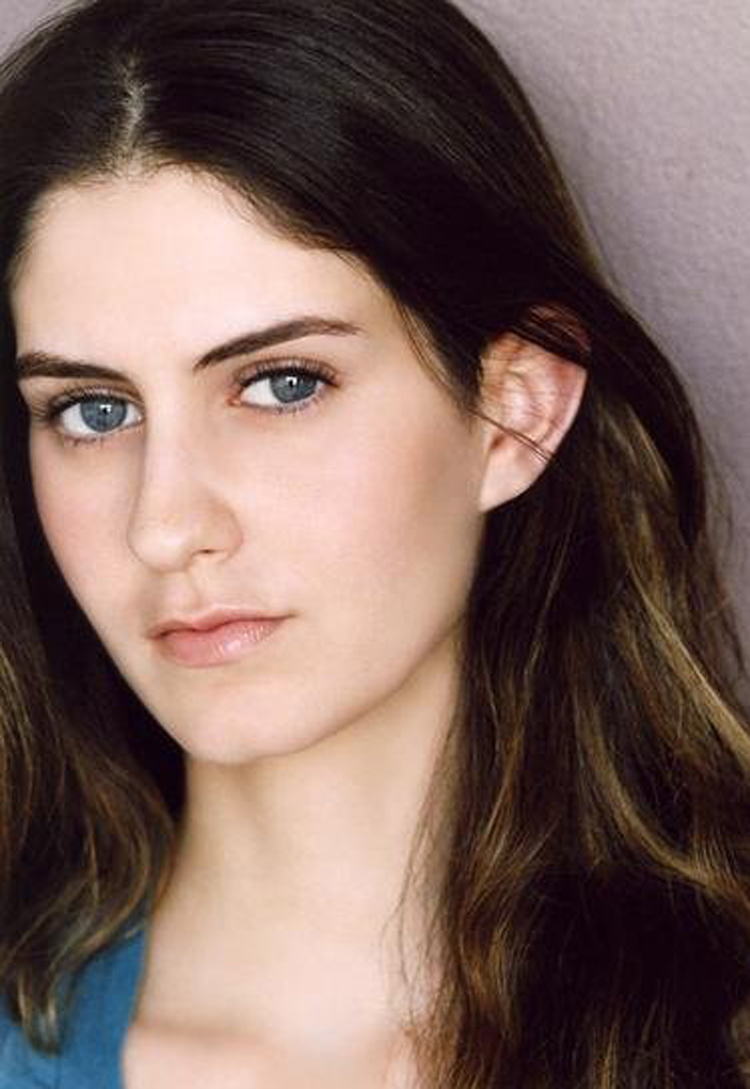 Bonner spends time with Holloway and shares some of his own sad life story as well as his loss of faith. Christianity, as practiced by the devoutly dedicated, is an element of the story (director Hartigan’s parents were part of a mission in Cyprus). But it’s the kindness done for no reason that trumps the obligations of faith.

There’s an extended sequence in a diner where Holloway meets his daughter (Sam Buchanan), now a Master’s candidate in Library Science. It’s a scene I will long remember. It’s as brilliant a synthesis of the longing for love and connection as I have ever seen.

Young actress Buchanan is perfect as the mirror of her father. With fear, awkwardness and desire mingling in bits of meaningless dialogue and silences. But it’s really Arquette’s show. Best known as a day player of bit parts, his wonderful, pained and vulnerable face says it all. There’s not a false moment. His character is at an unexpected fork in his life’s path and there are no road signs or maps. His expressive eyes are windows to a soul that still glimmers with a faint flame of hope when he finally asks his daughter if they can start the conversation over and hug.

Oddly, considering the simple storyline, the movie created unbearable tension in my mind. Perhaps by design. So brainwashed am I by traditional storytelling beats, I was expecting something horrendous to happen to Arquette’s character Travis — perhaps a bloody murder by the somewhat creepily devout Christian couple that befriended him. Others in the audience I spoke to felt a similar foreboding.

I would like to see a sequel of what happens to Travis and his daughter. I’m not concerned about Bonner’s future. At final fade out, he gets a new pair of glasses and we know that he can see more clearly his future. Travis’s road remains uncharted and wide open.

Here’s a great example of a quirky indie film that defies the odds. It was shot for about $40,000 in less than three weeks in Reno and Sparks. Natural locations were used and some of the bit parts are real people doing their actual jobs. The music is organic and cleverly applied. In one case, Bonner plays an 8-track cassette and it’s the actual music of actor Eenhorn from his decades old band Kopyrite.

When true creativity is applied to a project and everyone is inspired by the same vision, it’s not the millions that make a movie connect with an audience, it’s the emotion.

After the screening, Arquette shared a story about Roy London, his long time acting coach and friend who was dying of aids and in a coma. London had long taught that all acting can be reduced to three scenes: Love, Power and Death. Sharon Stone, a last visitor to the comatose London said that shortly before he passed away, he opened his eyes, sat up and said: “There’s only one scene, and that’s Love.” With that, he shut his eyes and died.

I hope this sweet gem of a movie plays longer than a week. It’s not to be missed. At Cinemas Palme d’Or.

New for the home theater: 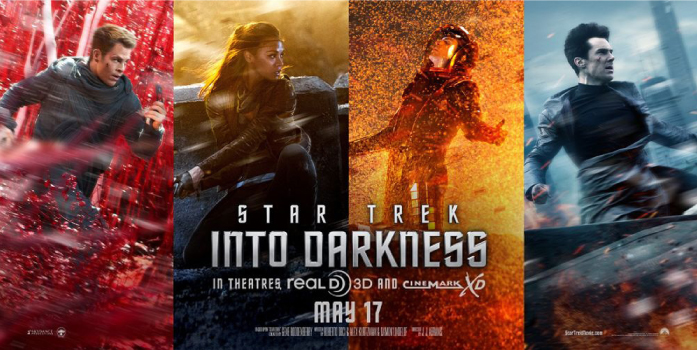