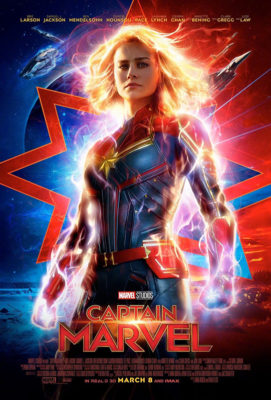 Are you familiar with a comic book character that wears a red suit with a lightning bolt insignia and goes by the name “Captain Marvel”?  As far as Disney/Marvel is concerned, they apparently want you to think Brie Larsen’s Carol Danver is an iconic super hero in the same vein as Wonder Woman, when in reality she is not.

Even though the latest big screen iteration is being promoted as an origin story, the real back-story is more about copyright issues and spite between DC and Marvel, the two biggest comic book publishers.

When I was growing up, Captain Marvel was a pulp action hero — a young boy who said the magic word ”Shazaam” and instantly became a super-powered adult.  Well, he’s getting his own movie in April and it has nothing to do with this movie’s eponymous character.

As of this writing, no official press screenings or streaming links have been made available for critics.   Is the movie a good one?  I hope so.  Advanced word is mixed.  A full review will be featured in the next issue of CV Weekly.  The film, co-directed by Anna Boden and Ryan Fleck, is the next installment in the Marvel Cinematic Universe and introduces Captain Marvel/Carol Danvers as the first and most powerful female lead (she can move planets!) in the MCU.

The basic plotline has Danvers getting alien superpowers after a freak accident.  She teams up with Nick Fury (Samuel L. Jackson) to save Earth from a war between two alien races.  The film is set in the 90s and predates Iron Man, which started things off in 2008.

When Comic book author Kelly Sue DeConnick (with artist Dexter Soy) launched her ground-breaking “Captain Marvel” in 2012, she described Carol as an incredibly driven person: a crackerjack pilot who races to prove dead daddy wrong.  So, is it more about embracing her bad-ass personae than, like “Wonder Woman,” discovering her natural feminine powers?  Hmmm… 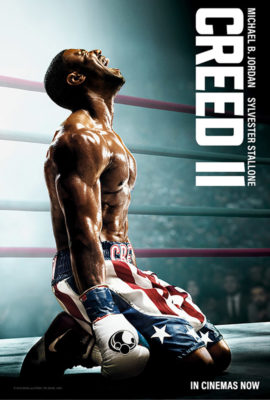 Fighting for legacy, destiny and family.

Life has become a balancing act for Adonis Creed.  Between personal obligations and training his next big fight, he is up against the challenge of his life.  Facing an opponent with ties to his family’s past only intensifies his impending battle in the ring.  Rocky Balboa is there by his side through it all and, together, Rocky and Adonis confront their shared legacy, question what’s worth fighting for, and discover that nothing’s more important than family.  4K ULTRA HD.  Warner Bros. Home Entertainment. 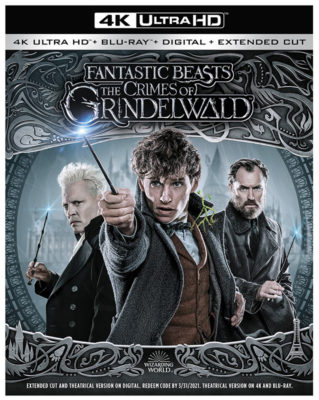 Welcome back to Hogwarts, the second of five all new adventures from Wizarding Worlds© created by J.K. Rowling.  At the end of the first film, the powerful Dark wizard Gellert  (Johnny Depp) was captured by MACUSA (Magical Congress of the United States of America) with the help of Newt Scamander (Eddie Redmayne).  But making good on his threat, Grindewald escaped custody and has set about gathering followers, most unsuspecting of his true agenda: to raise pure-blood wizards up to rule over all non-magical beings.

In an effort to thwart Grindewald’s plans, Albus Dumbledore (Jude Law) enlists his former student Newt Scamander, who agrees to help, unaware of the dangers that lie ahead.  Lines are drawn as love and loyalty are tested, even among the truest friends and family, in an increasingly divided wizarding world.

A huge trove of watchable extras round out this eye-popping — especially in 4K ULTRA HD — fantasy adventure from Warner Bros. Home Entertainment.

David Yates direction and the lush, well-crafted production design and effects are consistent with the other titles in the Hogwart’s universe.. If you’ve been following the Harry Potter series, this epic third act reveal is a must-see.