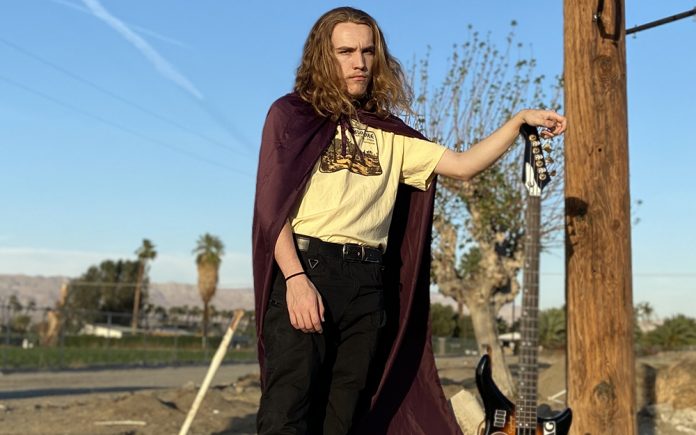 A true Coachella Valley native, Matt King has spent much of his very young life soaking up the desert music scene. At the age of twenty, this CVHS graduate has already been involved with multiple, respected projects and built a reputation for not only being a solid musician, but a generally standup dude. I have had the pleasure of witnessing a tiny bit of the metamorphosis of Matt’s talents, as he has built himself into a staple of the local music scene. In addition to his musical accomplishments, he has also made contributions as a writer for the local publication, CV Independent. With so many creative accomplishments within his 2 years of legal adulthood, it’s only natural that he would decide to make the bold move of branching out into the role of front-man of his very own, solo project. Matt and the Kings, has released an EP entitled, Animal Kingdom, which has been two years in the making through a lot of ups and downs.

King has a lot to be proud of with the release of Animal Kingdom. I got the opportunity to give it a listen and the results make total sense. The diversity of styles and transitions in the songs reflect the fact that he has been molded by his exposure to, and participation with a multitude of musical projects that brought him to this point.

CVW: For such a young guy, you have been picking up a lot of experience over the past several years. How did you get started out in music? 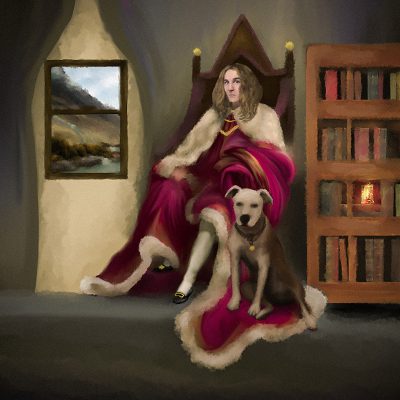 King: “I would say that my brother, Chris really kind of showed me the ins and outs. He used to be in a band with Nick Hales ten years ago called Fist Full of Glass. I was always pretty much a fly on the wall during those practices. He started showing me a lot more music as I grew older and one day when I was in middle school, I was super into The Beatles and thought to myself, ‘You know what? I wanna pick up the bass.’ So, I started playing around my freshman and sophomore years and that’s when I met the guys from Frank Eats the Floor, which was the first band I was ever a part of. It’s just been sort of a big snowball over the past 5 or 6 years since.”

CVW: Over those 5 or 6 years you have done quite a bit musically in a relatively short amount of time considering all of the projects you have been a part of.

CVW: You mentioned the fact that your big brother, Chris was a big influence on not only the idea of you being a musician but, exposing you to a lot of different music. Do you think that there is anything, genre wise that you are into that might surprise anyone?

King: “I think I’ve been pretty all over the place with stuff I have made. Just listing off all the bands that I’ve been a part of, I feel like they are all vastly different and that really reflects in my solo music where I cover punk, funk, rap, and electronic stuff. So I don’t really like to let myself get stuck in one place.”

King continues: “I don’t want to jump the gun in talking about my new stuff but, all the guitar work…or everything you would think was a guitar was actually me playing a bass that was input through an octave pedal.”

CVW: Okay, let’s get this straight. I know that you did the vocals, bass and guitar tones for this EP. Is this project all you?

King: “As of now, Matt and the Kings is going to be me doing everything in the studio. I record everything on my computer. Vocals, bass, guitars with the octave pedal. I play the preset keyboard if I need it and all the drums so far have been midi drums. But then live, I’m going to have some musicians join me, one of them being my brother, Chris, along with my old friends John and Jason Smith from the CMFs.”

CVW: What was the sequence of events or thought process that led you to the decision that you wanted to create a solo project? Was that something you have always thought about doing?

King: “Before the pandemic hit, I was playing shows with Frank Eats the Floor and CMF’s pretty regularly. The pandemic paused both of those situations. Some stuff picked up with the CMFs a little bit later but, right off the bat I was kind of just alone and playing music and scared to go outside really. I had always kind of toyed with the idea of trying to make some stuff on my own, but never really had the time to do it. With all of the time that I had on my hands I ended up teaching myself how to use programs like Audacity in a much better way than I was using it before. I started playing around with some ideas. I reworked some of the Frank Eats the Floor songs that I really liked…there’s two of them on there. And the rest just kind of came out of thin air.” 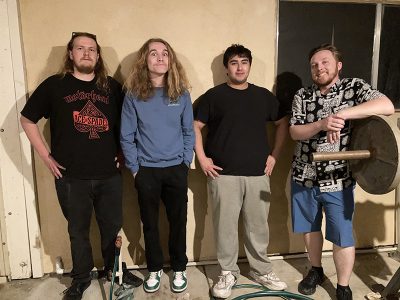 King continues: “I didn’t really write any of them down. Some I wrote a little bit of but, the majority of it was just wholesome, improvisational stuff that I grew to like and formatted down. One of them being, “Your Mattjesty.” (Giggling) That was last year and honestly, a much more low quality recording. Then I got a Macbook and started upping my production game and the CMFs started taking off with all of our pandemic activities with the live streaming of band sessions and skits.

It was around my birthday that I asked for an octave pedal. It’s usually for a guitar, you know. Jack White and Tom Morello use them and I really started toying around with the idea of using one on a bass. I don’t know if anyone else is doing that, or I made that idea up but I thought to myself, ‘I bet it could work.’ So I got it for my birthday and shortly afterward I got covid. So, I had this new period of time where I was really alone and couldn’t do much and so I learned how to use this octave pedal and wrote this EP plus maybe, ten or eleven other songs in that two or three week period where I was really sick and couldn’t leave my room. So this release is a product of that time period. After I got better I kind of went back into my life and lost the time I wanted to finish these songs. Bits and pieces of my time since then have been dedicated to flushing this out and now it’s here.”

You can check out the first live performance of Matt and the Kings at The Annual Concert for Autism on Sat, Nov 20th at Big Rock Pub.

Matt and the Kings EP, Animal Kingdom is available on all major platforms.