It might surprise you that this son of a singer/songwriter and self-proclaimed super fan of The Boss, yes, Bruce Springsteen, turned out to be the current Zeus of EDM. He’s seen The Boss over 30+ times, grew up going to Lollapalooza and Warped Tour and claims Elvis Costello as an inspiration. His musical versatility has guided his curiosity and crafted his talent. He’s worked with Britney Spears, Dillon Francis and Shania Twain just to mention a few of the names he’s crafted songs and sounds with to date. I had the pleasure of interviewing him this week about his upcoming Coachella show, culture and what’s to come.

CV: Is this true or rumor- you started in Punk Rock?

CV: Just like Coachella, a fine blend of genre defying music. Is this your first Coachella?

MK: No, but it will be the first time I get to do a full set.

CV: What are you looking forward to being able to do this round?

MK: It’s a chance to put on a full show and give people a clearer picture of what I do.

CV: How did growing up in New York shape you musically?

MK: Growing up in New York, I had so much access to music, CBGB’s and so many clubs. I played in bands. It influenced me a lot as a singer/songwriter.

CV: How do you define your influences?

CV: It’s interesting that you say “organic” coming from the EDM world where we don’t often view “electronic” that way.

MK: Working with different musicians and being a fan of music really gives a license to be open. If you listen to mine, or anyone’s Spotify playlists or what’s on their iPod’s, the mix is so varied. I might not subscribe to an artist but still listen to them just the same. Perhaps that’s a less committed fan but I think taste is more open now than ever before. It all leads to unknown genres. It’s all just music, really.

CV: How does collaboration work for you with the artists you’ve recorded with?

MK: It all depends. Each one is different. I work differently depending on what I’m doing. I adjust. Sometimes I’m writing lyrics or melodies or working with Springsteen, which was a true dream come true, a real honor. 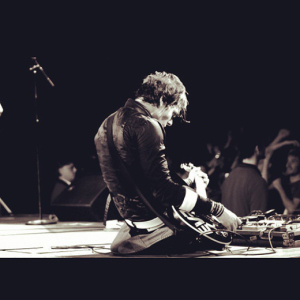 CV: You’ve worked with some greats, for sure, any moments really stand out?

MK: My first radio hit “Clarity” was special. There will never be another first.

CV: What do you want people to know about your music?

MK: Songs are a private journey, small studies. It’s great when people can connect with that emotion even if they don’t know the journey behind it.

CV: What are you working on next?

CV: What can we expect from this one?

MK: I feel like I’m really discovering my voice and getting better as a songwriter but I hope to bridge the gap between a lot of genres or ideas about EDM. I want this to be more of a represented body of my work. I want it to serve the EDM community as well as the songwriter community.

CV: What’s the message of your music?

MK: It’s an expression of self, a life journey, it’s sincere and I want people to relate to that emotion from telling stories, the soundtracks of their every day. I want them to experience it like a great author, sign on board for a journey.

CV: Do you think musicians need to worry as much today about “The Industry?”

MK: I don’t think we need to worry about the industry as much. Make music that is connecting with people is all that’s really important, whether that’s a hundred people or one million.

MK: With technology, we’re always in six places at once. Festivals allow us to get lost in the now. I look forward to walking around and seeing the art and discover my next new favorite band. I get to be a fan here as well.

CV: Who will you see?