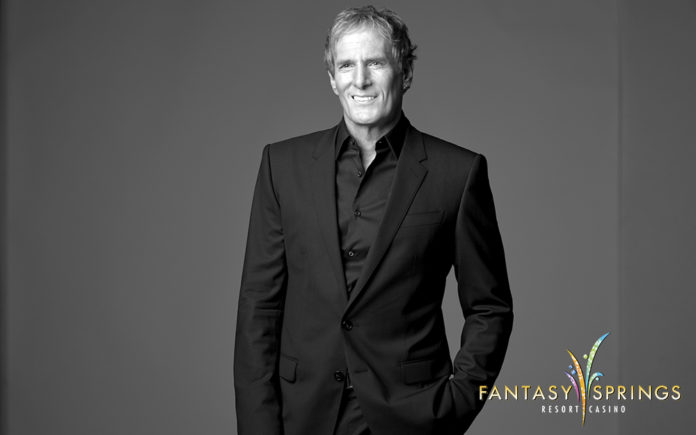 Michael Bolton, the multiple Grammy Award-winning Singer, Songwriter and Social Activist, who has sold more than 65 million albums and singles worldwide, continues to tour the world every year, all while writing, recording and taping for a wide array of projects spanning music, film, television and branded entertainment.  Bolton remains committed to humanitarian causes, especially through The Michael Bolton Charities as well as other philanthropic organizations.

In recognition of his artistic achievements, Michael won 2 Grammys for Best Pop Male Vocal Performance (nominated four times), 6 American Music Awards, and a Star on the Hollywood Walk of Fame.  As a songwriter, he has earned over 24 BMI & ASCAP Awards, including Songwriter of the Year, 9 Million-Air awards, and the Hitmakers Award from the Songwriters Hall of Fame.

To date, Michael has seen 9 studio albums rank in the Top Ten, with 9 #1 singles.  His most recent album Songs of Cinema, a selection of iconic film soundtrack songs, was released alongside an original Netflix production Michael Bolton’s Big Sexy Valentine’s Day Special, which ranked among the network’s best comedies upon debut.  Michael currently stars in Bolt of Talent, a brand new music travel competition series produced with Fox Networks Group/StarWorld in Asia.

Michael became a viral sensation in The Lonely Island’s Emmy nominated video, “Captain Jack Sparrow” that launched on Saturday Night Live and has racked up over 170 million views on YouTube.  He earned another Emmy nod for his collaborations with the Screen Junkies channel popular “Honest Trailers”.

Bolton’s comedic appearances span several episodes of CBS’s hit series Two and a half Men, the hit Fox network show Glee, ABC’s hit comedy Fresh off the Boat, and HBO’s hit series Last Week Tonight with John Oliver. He has also partnered with Funny Or Die to release a spoof on the cult-classic Office Space and has produced original digital content with Buzzfeed’s Tasty channel, Vanity Fair, Wired, PitchFork, and has ongoing campaigns with American Greetings.  In his recent autobiography, The Soul of it All, Bolton states he is just teeing off on the back nine of his career. 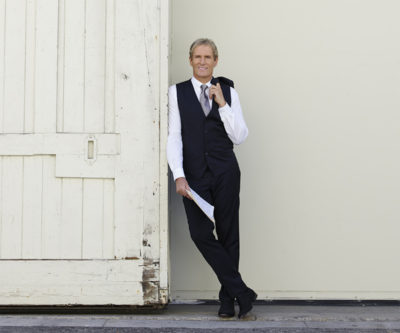 A diverse and prolific songwriter, Bolton has worked with some of the greatest songwriters and producers of our time, including Lady Gaga, Diane Warren, Desmond Child, David Foster, Walter Afanasieff, Kenneth “Babyface” Edmonds, John “Mutt” Lange, Dann Huff, A.R. Rahman, Phil Ramone, and Ne Yo, among others.  He is one of the very few artists to have co-written with the legendary Bob Dylan, resulting in the mega hit, “Steel Bars.” Michael has penned songs that have been recorded and performed by a diverse list of over 100 artists, ranging from country western legend Conway Twitty to hip hop superstar Kanye West featuring Jay Z and John Legend. Other greats who have performed Bolton’s songs include Mark Anthony, Wynonna Judd, Joe Cocker, Peabo Bryson, Kenny Rogers, and Patti LaBelle.  Michael has written #1 hit singles impacting the careers of artists such as Laura Branigan (“How Am I Supposed to Live Without You”), KISS (“Forever”), Barbra Streisand (“We’re Not Making Love Anymore”), Cher (“I Found Someone”), and Kenny G (“By the Time this Night is Over”).

Michael’s songs and performances have been featured in numerous television and film soundtracks, including the Oscar-nominated theme song “Go the Distance” from Walt Disney’s blockbuster animated film Hercules and the recent Russell Crowe film Fathers & Daughters.  He also executive produced the documentary Terror at Home addressing Domestic Violence in America, and was Emmy-nominated for writing the title song “Tears of The Angels”.  Michael is currently completing a feature-length documentary, American Dream: Detroit about the 21st Century Renaissance of Detroit.

Bolton was first drawn to Detroit to explore Hitsville USA, the roots of his greatest musical influences, but what he realized there was so much more. Told through the eyes of Michael’s own discovery over the course of filming for 3 years, the film celebrates the golden age of Detroit – featuring its native entertainment legends like Francis Ford Coppola, Jerry Bruckheimer, Aretha Franklin, Smokey Robinson, Alice Cooper and many more – and reveals the landscape of the new Detroit being built by entrepreneurial moguls Dan Gilbert, Michael Ilitch, Big 3 as well as young innovators across new industries. The comeback of Detroit is poised to be the greatest turnaround story of American history. This is the story of the American Dream.

For his dedication to social activism, Michael has been honored with several Humanitarian awards – including the Martin Luther King Award granted by the Congress of Racial Equality (C.O.R.E.), the Lewis Hine Award from The National Child Labor Committee, the Muhammed Ali Humanitarian Award, the Ellis Island Medal of Honor from the National Ethnic Coalition of Organizations, and the Frances Preston Lifetime Achievement Award.  Michael is especially proud of the initiatives carried out by his own foundation, the The Michael Bolton Charities, now in its 24th Year of advocating on behalf of women and children at risk.

Bolton took some time out to talk to CV Weekly before his stop in the desert this Friday, January 19 where he will perform at Fantasy Springs Casino.

Many fans started following Bolton in the 80s & 90s when he became hugely successful, but some don¹t know that he had a rock band called Blackjack back in the 70s, making his career span 5 decades. I asked Bolton what he attributed the longevity of his career to, when many other musicians have either retired, faded away, died, or only continue to sing their old hits but not produce new music.

“I intend to never stop creating, it’s just in my blood and what defines me. A combination of good genetics, extreme discipline and a spiritual hunger are what keep me going, now approaching my 50th anniversary in the industry,” replied Bolton.

I asked him if he has a favorite song he likes to perform and how he stays excited about singing the hits over and over.

“I can’t pick one album or song as my favorite. They all have different importance and meaning and reflect different chapters in my life which allowed me to collaborate with incredible talent and explore a wide variety of genres,” Bolton replied. “Every night is different, a different city, different crowd, and I approach each performance anew every night.”

With so many accolades under his belt I was curious at what point in his career he had his ‘wow!’ moment and realized he had made it.

“There were hints along the way but it was probably with the album Soul Provider that made me think, ‘wow this will really be a career for me,’” Bolton replied.

He went on to share what some of the highlights of his career have been: “There are so many, from singing with Luciano Pavarotti, to songwriting with Bob Dylan, to performing with BB King, to singing “Georgia” to Ray Charles, my hero, on stage, to performing “When a Man Loves a Woman” with Percy Sledge, to performing for the Presidents, it’s all very surreal looking back but each moment is indelibly marked in my mind.”

Along the way Bolton took a comedy turn, one that could’ve been a disaster and was quite risky as he pokes fun of himself in a few skits, but it ended up being hugely successful, garnering him new fans of a younger demographic. After appearing in several TV comedies as himself, he performed a SNL digital short that would solidify his comedic chops, as the character ‘Jack Sparrow.’ Bolton shared how the comedy gig started and how he came to work with the SNL team.

“I’ve always had a sense of humor and been a prankster, so those who know me well know it’s nothing new. But taking that humor public and creating fun campaigns and shows around it has been so gratifying on so many levels, from the new fans to the talented writers and producers I get to work with in another industry, all while keeping music at the forefront,” shared Bolton.

“The album that I put out last February called Songs of Cinema was a companion to the Netflix ‘Michael Bolton’s Big Sexy Valentine’s Day Special’ and it was a celebration of the theme we started with The Lonely Island in our SNL digital short ‘Jack Sparrow’ which establishes me as a cinephile. So that album is an homage to all the movies I love and we played with most of the songs in the special. The Lonely Island guys and I knew we needed our next collaboration after ‘Jack Sparrow’ to go all out, so that’s what we did. They were fans of my music and licensed a couple songs for some of their movies and next thing I know they wanted to create a digital video with me for SNL.”

Bolton says that he absolutely has more comic performances coming up. “Most recently, I had a great time in the scripted comedy, Fresh off the Boat, but also have some fun game show cameos coming up to watch for.”

Bolton looks the same now as he did when I first met him in 1990. I asked what has kept him so young. “I try to get 8 hours sleep, and have maintained a vegetarian diet for 46 years now. I exercise regularly and am very attuned to my body and believe in prevention.”

As for staying relevant in the ever changing music business Bolton says, “All of us know the music business is nothing like what it used to be, but with all the existing new platforms emerging and new ways to connect with your fans, it’s just about surrounding myself with the right team to make sure I am evolving.”

Bolton has written songs for many people but I asked who he might like to duet with that he hasn’t. “I love big female voices, so singing with Celine or Adele is definitely on that list.”

When asked what he could tell us about himself people would be surprised to know, he replied: “Contrary to urban legend, I never auditioned for Black Sabbath.”

Back in 2011, Bolton appeared on the Charlie Sheen roast. If they were going to do a roast of Michael Bolton what cast of characters would he pick to roast him?

I asked Bolton what we could expect from his Fantasy Springs show.

“I’m very conscious that life-long fans come to the show wanting to hear the greatest hits, which have been there for them during the hardest and greatest times of their lives. In addition to that, I sprinkle in some of the songs from the most recent albums, but I’m always reading the audience to see what they want and adjusting the set accordingly.”