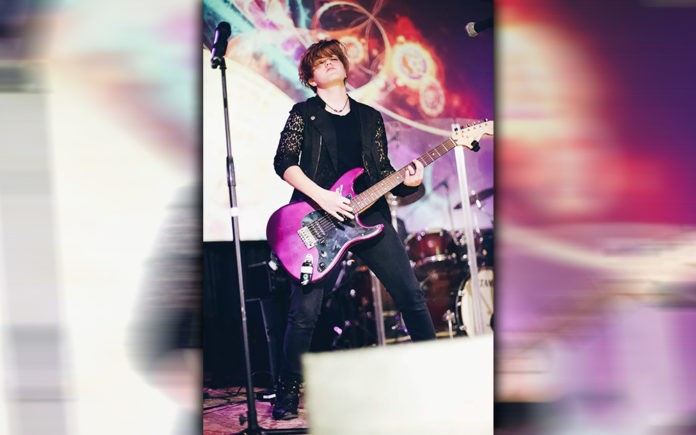 We truly didn’t know what to expect when we put the call out on behalf of Coachella Valley Sexual Assault Services (CVSAS) for a song/anthem that would represent those deeply affected by the evil of human trafficking and sexual assault.  It’s a tough subject to approach and even tougher to have experienced.  The response surprised us all, not only because of the amazing heart that was put into song, but the quality of the compositions and performances! Not one artist left the stage without bringing the entire house to an awe inspired gasp followed by a mad search for tissues.  The panel, who had to choose between the artists and the songs performed at the event, were absolutely anxiety ridden at having to choose.

One song and one performance not only stirred hearts but became a battle cry for those injured by unspeakable tragedy.  The song was “Stronger Than Me,” composed and performed by Mikayla Fazzone, an Academy of Music Performance student, whose introspective perspective on something she had never herself experienced coupled with her fiery energy, shook the building to its foundation.  “Stronger Than Me” is an open letter to victims to fight, to be stronger than those of us who have not been injured.  It is insightful beyond the years of the average teenager and builds from a gentle plea to a battle cry. The experience of it, performed by this young, blooming talent, was mind altering. It compelled further investigation of the artist and her future.

CVW:  Did you come from a musical family?

Fazzone: “Well, I was adopted from Perm, Russia when I was 8 months old. I’ve lived in the valley for my whole life ever since. My parents are not musical, but who knows about my biological parents.”

CVW:  How did you fall in love with music?

Fazzone:  “I believe I first fell in love withmusic when I was in elementary school. I heard chord changes in songs and realized that I wanted to do that somehow as well. Therefore, little Mik learned to play guitar and as soon as I learned chords and applied them to my own music that I was making, that’s when I found music to be my love. Since the day I picked up a guitar in Old Town San Diego, I’ve always wanted to have a career in music!”

CVW:  Who are your musical inspirations?

Fazzone: “My inspirations have varied throughout the years. First it was One Direction, then 5SOS, who still is to this day, then the metal band Slipknot, and now currently Elton John and Bernie Taupin.”

CVW:  How has being part of the Academy of Music Performance (AMP) helped your music?

Fazzone: “Before AMP I was just performing at my church and teaching myself how to play instruments and how to play cover songs. When AMP came along, it gave me an identity in music and a freedom to discover who I am onstage and as a human being. Thank you, Will Sturgeon, (AMP Music Director) you’re the best!”

CVW:  What inspired you to enter the “Songs for Freedom” challenge?

Fazzone: “I started writing the song as soon as I heard about the opportunity, which happened to be in the middle of boarding my flight to Chicago. Basically, my concept for this song was to be as inclusive as possible and try to get inside the mind of both victim and survivor. I thought of my own life as well – the hardships I have gone through and still are going through. I thought about what things I would like to hear in my personal anthem for strength and recovery.”

CVW:  What was the experience of performing for the “Songs of Freedom” event? 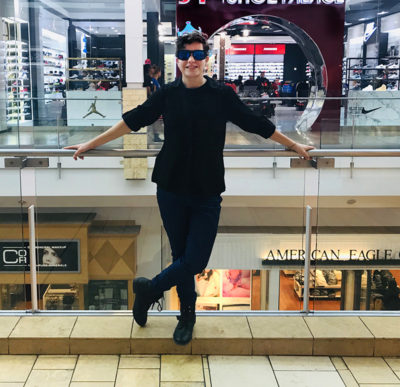 Fazzone: “The whole experience was very eye opening for me. This topic that I sing about is not an easy one to talk about or have conversations about. Though it’s important, we, in a way, want to avoid the awkwardness of the conversation even though we care very deeply about the ones who get trapped in this evil business of human trafficking. My hope for this song is that I can help build bridges to more educated and easier conversations about human trafficking.”

CVW:  What do you see for yourself as a musician in the near future?

Fazzone: I have a lot planned, and I’m so excited about everything coming up. I’m planning on releasing this song on all music platforms either this November or the very beginning of next year- whatever feels right. As for my personal music, I’m planning on growing and performing a lot more. Hopefully my own band grows as well. The end goal is to be in the mainstream and be able to reach around the world with my music but still stay grounded and keep service at the heart of it all. I dream big, I know! But I believe that it’s the only way to truly live life.”

You can see Mikayla Fazzone perform her song, “Stronger Than Me” at Big Rock Pub, September 28th at 8:30 PM along with “Songs for Freedom” finalist Ann-Britt.  The solo performances will be followed by a night of live music and dancing with Lisa and the Gents.  Coachella Valley Sexual Assault Services will also be on hand with information about upcoming events and how we all can be part of the solution to end human trafficking here in the Coachella Valley.

The Academy of Musical Performance is a contemporary music education program whose goal is to enrich the lives of young musicians living in the Coachella Valley by fostering productivity and social responsibility through creativity, communication and collaboration in the development and enhancement of musical performance and concert production skills through participation in a “rock band” style educational setting. Find out more at https://www.ampcv.org/home