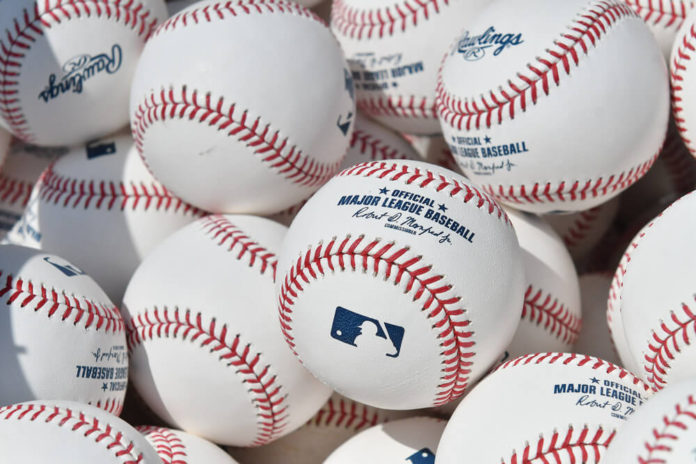 Facing a 1-1 count with one out and runners on first and second base in the bottom of the first inning Friday night, Toronto first baseman Justin Smoak annihilated an 89.9 mile-per-hour Doug Fister two-seam fastball into the left-centerfield stands at Rogers Centre to deliver his Blue Jays an early 3-0 lead over the visiting Boston Red Sox.

Interestingly enough, the Sox would go on to defeat the Jays 7-4 in 11 innings on Friday. But this contest would be more remembered for Smoak’s first inning laser than Boston’s impressive come-from-behind victory. That’s because Smoak’s 22nd dinger of the season made Major League Baseball history as the 1,070th home run hit during the month of June, the most bombs the sport has ever witnessed during a single month in its existence.

When the curtain finally fell on both Friday night and the month of June, a grand total of 1,101 home runs had been hit over the previous 30 days. Baseball’s historic power surge was led by 21-year-old Los Angeles Dodgers rookie Cody Bellinger, who blasted an incendiary 13 home runs during the month of June. Not only are those 13 jacks tied for third-most by a rookie in a single month in MLB history, but they are the most hit by a rookie in a single month since Mark McGwire crushed 15 homers in May of 1987.

Some would be quick to point the finger at performance-enhancing drugs, but baseball’s austere drug-testing program combined with the fact that no single player is currently anywhere close to challenging the single-season home run record should serve as enough contradictory evidence to rebuff those claims.

Others would point to the fact that it’s a new era in baseball, one in which only three outcomes truly matter: the home run, the walk and the strikeout. The sport is no longer placing an emphasis on defense, base-running or batting average. It’s all about either sitting guys down or taking guys deep. The sport simply no longer values anything in between.

And then there is theory number three, which states that the balls are juiced.

Said Boston Red Sox pitcher David Price to USA Today’s Bob Nightengale this past week when asked if he thought MLB’s baseballs were juiced, “One hundred percent. We have all talked about it.”

“There’s a lot of people unhappy with the baseball, and I’m getting some feedback,” New York Mets pitching coach Dan Warthen told Yahoo Sports. “You’re seeing guys going opposite field, breaking their bats, and the balls are flying out. It’s the balls. They’re throwing harder with it, and they’re getting less movement, so they’re just hanging there. There has got to be some investigation.”

Whatever theory with which you subscribe as it pertains to the meteoric rise in baseball’s most fan-favorite highlight, it’s important to note that from a betting perspective, none of this has slipped past the Las Vegas bookmakers.

This data suggests that, while home runs are certainly on the rise, the bookmakers are well aware of what is taking place around Major League Baseball. So where can we look to find an edge when it comes to MLB totals and the soaring home run rate?

Translation: Bet cautiously. Las Vegas is already ahead of the curve with regards to tweaking the over under numbers. However there still may be a bit of value on Unders in the foreseeable future. Because as baseball teams continue to shift their respective strategies, we need to be prepared to do the same. And at some point, when these home run totals begin to regress to the mean, Unders should start cashing at highly favorable rate early on in that process.