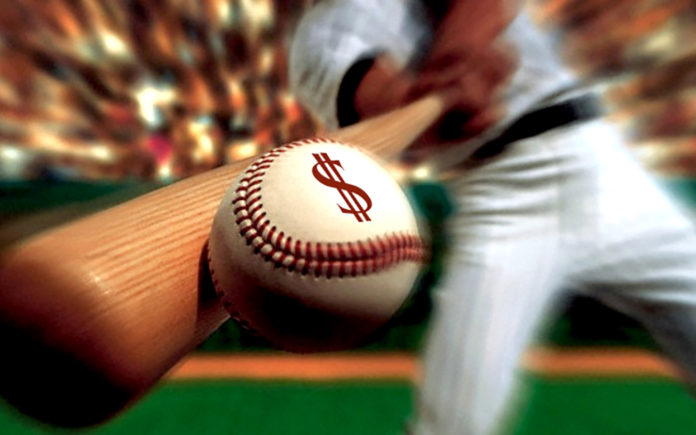 The Boston Red Sox were up 3-0 on Opening Day when their ace Chris Sale left the mound following six innings of work. But the Tampa Bay Rays scored six runs in the eighth inning and won the game 6-4 as +155 underdogs. That was a tough loss for the BoSox moneyline bettors, however, that wager didn’t have to end in an L.

Most sportsbooks offer 5-inning odds (grading the game on just the first five innings of action), which would have meant a win for – albeit at a different price – for Boston backers on Opening Day.

Nowadays, most starting pitchers are asked just to get to the sixth inning (or even just the fifth) so the manager can get on the horn and bring in the setup for the setup guy. Relievers are pitching more and more innings and greatly impacting game results because of it.

There were 44 starting pitchers in 2010 who threw 200 or more innings. Last year, there were only 15. It stinks losing a game when your team’s starting hurler pitches great and then you lose the game because the bullpen didn’t do their job.

Team bullpen stats are tools bettors can use to determine whether wagering on the full-game moneyline or the first five-innings moneyline is the best choice. You can feel more confident betting on a team rolling out its fifth starter if its relief staff is holding down the fort and, conversely, you can back an ace for just the first five innings if you don’t believe in the bullpen.

Here’s a quick look at two of the best bullpens in baseball and two of the worst heading into the second weekend of the season.

A four-game set against the Miami Marlins was supposed to be an easy-peasy opening to the 2018 campaign for the Chicago Cubs. The two-time defending National League Central winners and 2016 World Series champions were visiting a city with more Cubs fans than Miami fans, and the Marlins’ offseason selloff left a roster closer resembling a Double-A team than one worthy of the big show. Oddsmakers made the Cubs -200 or larger favorites in three of the four games.

Chicago ran out nearly $65 million worth of starting pitching talent including newly-acquired Yu Darvish and came away with just one quality start from the four games. Thankfully, the bullpen was there to clean up the mess. The Cubs avoided embarrassment and left South Florida by splitting the four-game series thanks in large part to the work of their relief staff.

The Northsiders own the best bullpen earned-run average in the majors (0.69) through this this past week.

Mets fans thought 2018 could be a big bounce-back year for their club because of the return to health of the young pitching staff. And, while Matt Harvey and Jacob deGrom both look great, the bullpen is a big part of the reason New York is 5-1 after its first six games.

The Metropolitans own the best WHIP (walks plus hits per inning) for a relief staff at 0.94 and closer Jeurys Familia is three for three in save opportunities this season.

Kansas City’s World Series teams from the middle of the decade were built on the arms coming out of the pen. The saying used to go that Royals manager Ned Yost only needed his starter to pitch five innings because the club had shutdown relievers for every other inning.

Closer Kelvin Herrera is still doing his thing, now as the team closer, but the bridge from the starter to Herrera in the eighth or ninth inning isn’t the same. Blaine Boyer is the worst offender. The journeyman reliever has given up four runs in just two appearances this season.

The Yankees’ relief staff ranks 26th in the majors but it had to be included on the naughty list because of the preseason hype surrounding the group. The bullpen was supposed to be a team strength for New York with big name arms like David Robertson and Aroldis Chapman expected to close the door in late innings.

Robertson is proving to be the weak link in chain so far. He’s given up four runs in three innings of work and has yet to strike anyone out. The Yankees have also blown two of their three save chances. G’Luck!